How Meghan Markle has been a royal workhorse compared to Kate Middleton - Macleans.ca 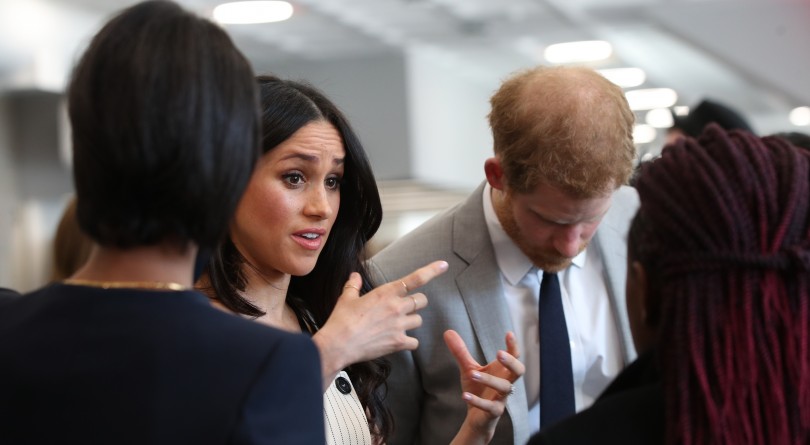 For Meghan Markle, comparisons with the last commoner to marry into the royal family are inevitable. Both she and the former Kate Middleton are smart, beautiful women in their 30s who fell for princes who are brothers. They live around the corner from each other at Kensington Palace and are the young, glamorous visages of the House of Windsor. However, their resemblance shudders to a halt in one category critical to the future of the royal family: work.

As royal watchers analyze how Meghan Markle is settling into life as a future member of the royal family—moving to London, giving up her acting career, learning the intricate etiquette of being a full-time royal—they also note her pre-wedding workload. In the lead-ups to their respective weddings, she took on considerably more duties than her future sister-in-law.

In 2011, Kate Middleton did just six engagements over four separate before her wedding (she and William visited each of England, Scotland, Wales and Northern Ireland). By contrast, Meghan Markle took part in 26 engagements. Like those done by Kate, all were with her princely fiancé. Indeed the former actress accompanied Harry on some 38 per cent of all of the prince’s engagements during that period. 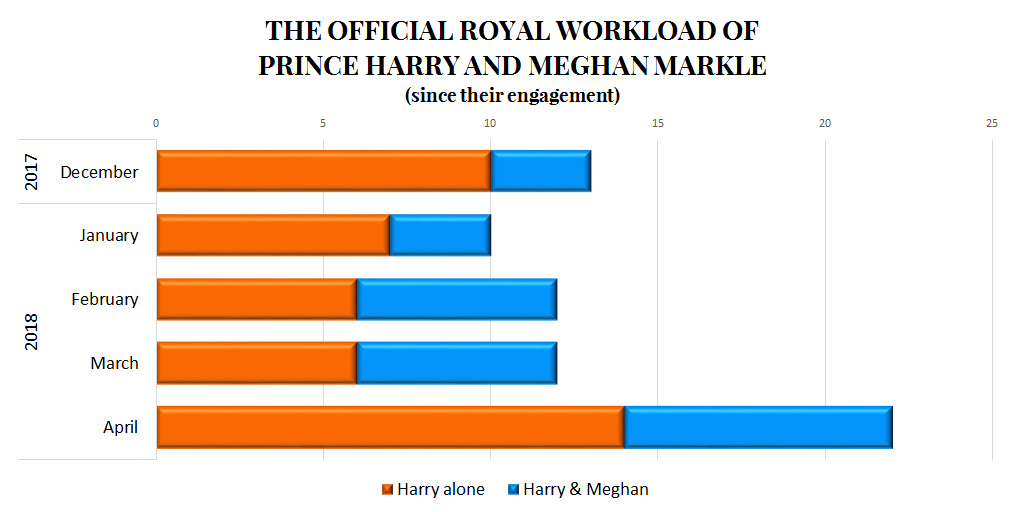 It’s partly because Prince Harry is a full-time royal, able to devote time shepherding Meghan into her royal life. Back in 2011, Prince William was still an RAF search-and-rescue helicopter pilot. Still, even then, William and Kate were known to prefer staying in their cozy rural home on the Welsh island of Anglesey rather than attending to royal duties.

By contrast, Harry and Meghan live in London, and made it clear that she wanted to plunge into a busy royal life. In their engagement interview, Meghan said, “Very early out of the gate I think you realize once you have access or a voice that people are willing to listen to, with that comes a lot of responsibility, which I take seriously. And…now being boots on the ground in the U.K., I’m excited to just really get to know more about the different communities here, smaller organizations we’re working on the same causes that I’ve always been passionate about under this umbrella.”

Among their activities were visiting a radio station in Brixton that features presenters who are under 25, spending Women’s Day in Birmingham for a series of female-focused events, going to a dawn service for ANZAC Day, the remembrance day for Australian and New Zealand, and also taking part in high-profile royal events including the annual Commonwealth Day service at Westminster Abbey and a 92nd birthday concert for Queen Elizabeth at the Royal Albert Hall.

RELATED: Who’s to blame for the Thomas Markle fiasco?

She plunged into flag-waving crowds during walkabouts, hugged children and charmed pretty much everyone. “My word, she has taken to this like a duck to water,” said a BBC commentator.

Also, her background as a working woman who had a thriving acting career helps. After years of independence, she’s confident in front of cameras and crowds alike. In contrast, Kate lived with members of her close-knit family and worked for the family firm, Party Pieces (except for a short stint at the retailer Jigsaw). That gave her the freedom to spend a lot of time with William, who was pursuing his military career.

To be clear, Meghan and Harry haven’t exactly burned up the royal work tables in the months before their wedding. Currently Prince Harry, 33, is in 10th position, behind five senior citizens including his grandmother, the Queen, who has undertaken nearly double his workload this year even though she’s 92.

Still, this dive by Meghan into royal duty bodes well for the future. Postponing their honeymoon at least until after the busy early summer royal season, Harry and Meghan will be back at work three days after their wedding. On Tuesday, May 22, Meghan will take part in another royal first, a garden party at Buckingham Palace. That afternoon, they, along with Prince Charles and his wife, Camilla, duchess of Cornwall will attend a 70th-birthday celebration of the Prince of Wales’s charities, military units and other affiliated organizations (Charles doesn’t officially turn 70 until November.) Meghan and Harry will chat with some of the more than 6,000 people from 386 such groups who will be dressed in their finest. Given all the experience she’s gathered since her engagement, it’s a test that Meghan should have no trouble passing.