How much privacy Harry and Meghan can expect in Canada

The Sussexes could end up having less privacy outside the palace 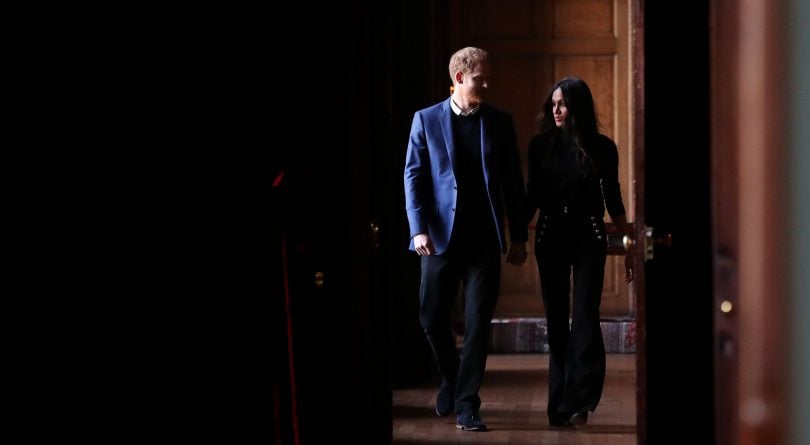 They are also the most famous couple in the world, and they are doing the unthinkable: leaving their full-time royal roles to “start building a happy and peaceful new life,” as the prince’s grandmother, Queen Elizabeth II, announced on Jan. 18. “The decision that I have made for my wife and I to step back is not one I made lightly,” Prince Harry told guests at a fundraising dinner in London the next evening. “I know I haven’t always gotten it right, but as far as this goes, there really was no other option.”

He feels this way, in part, because of the pain and loss that unrelenting media attention has caused his family, including its role in the death of his mother, Diana, Princess of Wales, in 1997. “Every single time I see a camera, every single time I hear a click, every single time I see a flash, it takes me straight back,” Harry said last year. “My deepest fear is history repeating itself,” he wrote when announcing that Meghan was suing the Mail on Sunday last autumn. “I’ve seen what happens when someone I love is commoditized to the point that they are no longer treated or seen as a real person. I lost my mother and now I watch my wife falling victim to the same powerful forces.”

READ: Harry and Meghan’s historic deal with the Queen

So the Duke and Duchess of Sussex were furious when paparazzi images of Meghan out on a walk near their B.C. home with their baby, Archie, strapped to her chest were transmitted around the world. The couple’s law firm, Schillings, sent a letter to the Sun and Daily Mail, the British tabloids that splashed the images on their front pages, threatening legal action over their publication. Harry and Meghan claimed the photos were taken by a photographer lurking in the bushes. As well, the royal lawyers alleged that other photographers were trying to take pictures of the couple through the windows of their Canadian residence.

The transmission of those images around the globe raises a fundamental question: how much privacy can Harry and Meghan actually have now that they are leaving the protection of the royal family and its vast estates? “For the time being, they are the biggest story on the planet,” says Victoria Arbiter, the royal commentator for CNN. “The appetite for all things Harry and Meghan is voracious.”

Even though the duke and duchess were constantly in the headlines before their Jan. 8 announcement, few paparazzi images of them ever made it into the British media. That’s partly because their residences are tucked behind layers of government-funded protection. Their home in Britain, Frogmore Cottage, is located within the secure confines of the large home park of Windsor Castle. Their current residence is on a secluded peninsula near Victoria on Vancouver Island, and guarded 24/7 by British and Canadian government security personnel.

They have also enjoyed a degree of protection from scrutiny on account of an unwritten agreement between the Windsors and the British press. For years, there has been a bargain between royal parents and the mainstream press, which includes the tabloids, in Britain. In exchange for the palace providing images of the royal children, the British press leaves the children alone (when not at royally sanctioned events) and do not publish paparazzi images. The agreement works like a vaccine—it’s not 100 per cent effective, but it holds back the worst effects of a worldwide “candid celebrity” industry.

But even regular media coverage in Britain can be overwhelming for those in the spotlight. “For Prince Harry, it’s all the same thing, an invasion of privacy,” explains Arbiter, whose father, Dickie Arbiter, was a royal journalist before working as the royal press secretary during the 1990s, when a wolf pack of paparazzi pursued Princess Di. “He witnessed the press chasing his mother; he never separated paparazzi photos from legitimate photography,” she says.

Still, Canada may provide the Sussexes with the best chance for the private family life they want. Unlike in Britain and the United States, Canadian culture—and media—have a reputation for not delving into the private lives of public figures unless they directly impact their jobs.

READ: Meghan and Harry’s troubles now include a legal dispute involving her dad

“It seems to me that everyone—whether you have a title attached to your name or not—is entitled to some degree of privacy,” says Michael McEvoy, British Columbia’s privacy commissioner. He notes that even as Victoria-area locals talked of encountering Harry and Meghan while walking or hiking before the announcement that they were stepping back from royal duties, no photos emerged. “I think it says something about the culture of B.C. and Canada, the civility that exists here. People generally respect each other’s space,” says McEvoy.

In Canada, overlapping federal and provincial laws govern privacy as well as freedom of the press. Of specific relevance to the royals is B.C.’s Privacy Act, which allows individuals to sue someone for invasion of privacy and ask for injunctive relief through the courts. That law is contextually driven, McEvoy explains. So wandering around a public park with your child would be considered more private than appearing at a public charity event.

David Fraser, a lawyer who writes the Canadian Privacy Law Blog, agrees, adding that Harry and Meghan’s move to Canada and open quest for privacy could bolster their case. “As they more explicitly step out of the spotlight, their legitimate expectation of privacy goes up,” he explains. “Six weeks from now, Meghan going through the drive-through at Tim Hortons to pick up coffee isn’t newsworthy.” That may not be true, but this is: the odds of Meghan going for a double-double aren’t good.

Privacy is “the only area of law specifically designed to protect a person’s feelings,” says Fraser, a partner at the Halifax-based law firm of McInnes Cooper. “It varies person to person—some let it all hang out, some are extremely closed in—and circumstance to circumstance. It’s shades of grey, not absolutes.” In other words, the question of whether a person’s privacy has been invaded depends, in part, on the person whose privacy is in question.

Harry and Meghan’s actions leave no one in any doubt that they view photos of themselves outside of official public events as an unacceptable intrusion. Last spring, they won damages in court as well as an apology from Splash News, a celebrity photo agency, which took aerial pictures of their previous country retreat in Britain, including interior shots. The Sussexes’ lawyer stated that “the property had been chosen by the duke for himself and his wife given the high level of privacy it afforded.”

Still, legal conflict between the privacy rights of individuals and the free expression rights of the media has never been tested in Canadian courts, Fraser says. “I think [Harry and Meghan] have an arguable case to make, and it increases over time,” he states. In addition, he notes, one advantage to filing a legal case in Canada is that it would “go in front of a judge in B.C., who has a Canadian sensibility for privacy and family life.”

Even if Harry and Meghan succeed in blocking photographs from being published in Canada or Britain, the decision could be largely moot in an era of instantaneous worldwide communication. It wasn’t always the case. In 1936, British newspapers and radio refrained from reporting on King Edward VIII’s scandalous relationship with Wallis Simpson, a twice-divorced American, even while the rest of the world gobbled up media reports of their romance. The media blackout finally broke days before the king quit the throne, stunning the British public, which knew nothing of the growing constitutional crisis.

There’s also the “Streisand effect” to consider—that by trying to block images, the Sussexes draw more attention to them. For royals, suing the press can be “more trouble than it’s worth as it drags out the story,” Arbiter explains. That’s why royals usually ignore stories, only going to court when it’s deemed absolutely necessary. A long legal fight by Prince Charles to stop the publication of the handwritten memos he wrote to cabinet ministers and politicians galvanized interest in those “black spider” memos—named after his handwriting—and ensured that their court-mandated release was a major news event in 2015.

Even if Harry and Meghan pursue legal action, the international nature of the celebrity photography business will likely work against them. The pictures of Meghan and Archie from Vancouver Island are credited to two international celebrity photo agencies, Backgrid and L.A.-based Splash News, which paid those invasion-of-privacy damages to Harry last year. It’s a quick flight up the West Coast for hardened L.A.-based photographers, who can make enormous sums from a few revealing shots.

Right now, the Sussexes’ legal actions focus on British news organizations. Even if they are able to come to a truce with the media, there is still a huge threat to their privacy: citizen photographers. In late January, two blurry images hit social media featuring William and Kate’s youngest child, Prince Louis, toddling through a London museum with his nanny, and trailed by a protection officer.

Canada’s reputation for respecting privacy may also have its limits. A few days after striking his deal to leave the royal family, Harry took the long trip back to his wife and their son in Canada. When he got off a commercial plane at Victoria airport and swiftly climbed into a waiting SUV, all that could be heard was the sound of clicking from a pack of media photographers. Disembarking immediately behind the prince and his security detail was a passenger, holding up a smartphone, recording Harry’s every move for posterity.

In fact, the Sussexes may end up with less privacy than they had as full-time working members of the most famous family in the world. They will never be ordinary citizens living regular lives—that possibility slammed shut when billions watched them get married in a grand royal wedding at Windsor Castle. Harry and Meghan have thrown the dice, gambling that the initial flurry of attention will fade, allowing them to forge a high-profile path through the commercial and philanthropic worlds while also controlling how much information is released about their most private moments. If their bet doesn’t pay off, will they manage to live happily ever after?

This article appears in print in the March 2020 issue of Maclean’s magazine with the headline, “Will we ever just leave them alone?” Subscribe to the monthly print magazine here.