How royal photographer Chris Jackson gets those perfect shots

Snapping pictures of the British royal family may seem glamorous, but it took a lot of hard work for the Getty Images photographer to become the best in the business 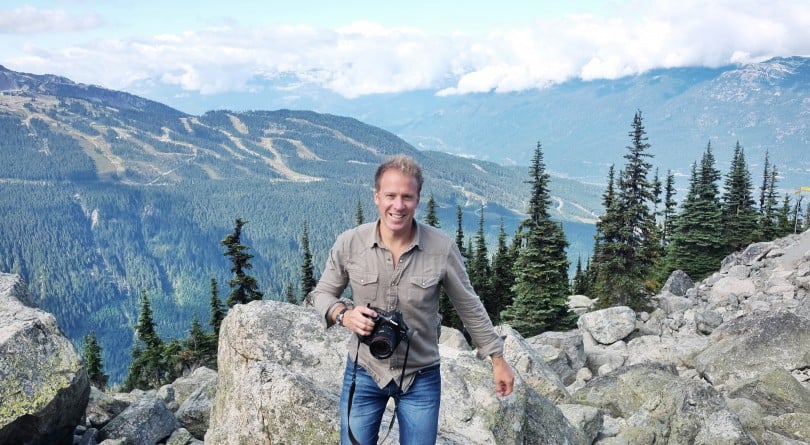 The images are instantly recognizable. Prince George reaching for bubbles during a children’s party in Victoria; his parents Prince William and Kate, the Duchess of Cambridge, silhouetted against the giant clock in Musée d’Orsay in Paris; Prince Harry dancing with children in Lesotho; the Queen laughing as she gets help from her daughter in cutting a cake. Look at the photo credits and one name comes up again and again: Chris Jackson of Getty Images.

For the last 15 years, his photographic beat has been covering the royal family, and he’s built a reputation for getting that perfect shot that will go around the world. Named royal photographer of the year by the U.K. Picture Editors Guild in 2010, 2015 and again in 2016, he’s currently covering the 16-day tour of Prince Harry and Meghan, Duchess of Sussex, in Australia, Fiji, Tonga and New Zealand. His images of the couple cheering on competitors at the Invictus Games, holding hands while Meghan rubs her growing belly, and waving to huge crowds in Fiji, were instant social media hits.

It may look glamorous to onlookers, but covering a tour like this is a grinding royal marathon. For the first part of Harry and Meghan’s tour, Jackson and a coterie of reporters, producers, camera operators and photographers were up before dawn, working 14-hour days. The media has to be in position often well before the royals show up, and stay in place until after they leave. As is the case for those covering political elections, there’s a surprising amount of running—up staircases, through congested streets and even through the occasional hedge—all to leapfrog ahead of the royals, to get that one moment, that one interaction that will become the story of the day. 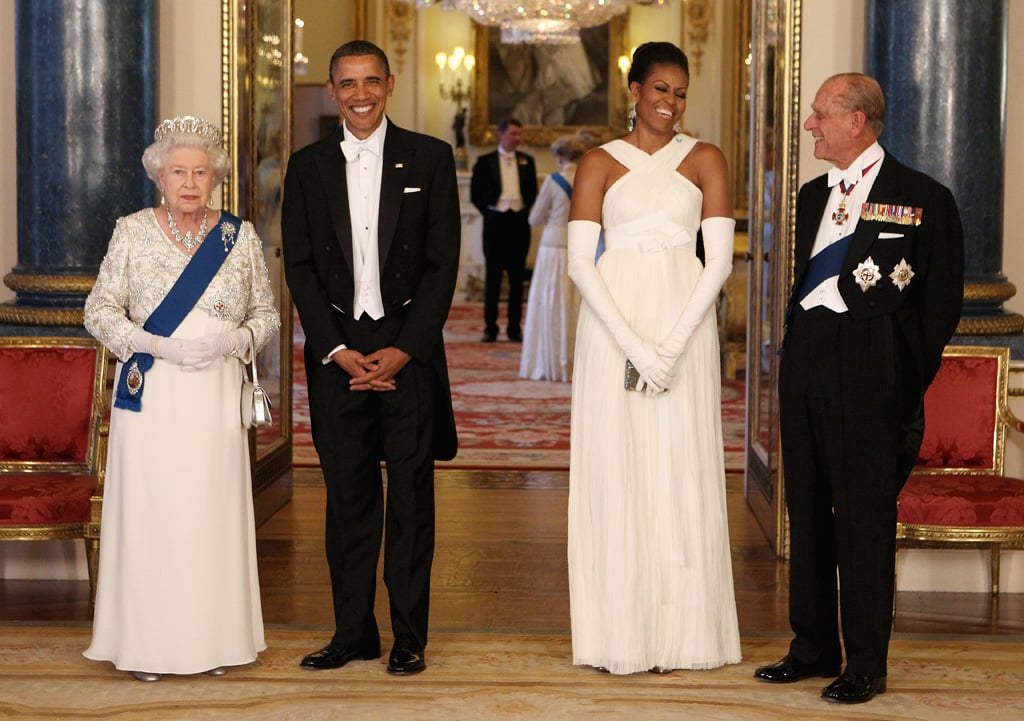 Queen Elizabeth II poses with U.S. President Barack Obama, his wife Michelle Obama and Prince Philip in Buckingham Palace just before a state banquet in their honour on May 24, 2011. (Chris Jackson/Getty Images)

“Whilst on tour the decisions you make on a daily basis can be the difference between getting the ‘picture of the day’ or possibly the year and not,” Jackson explains, in an email interview while in Sydney. “It can be incredibly frustrating missing opportunities due to transport, logistics or even just being in the wrong place after often travelling halfway around the world.” That has already happened during this tour, as bad weather has thrown some events off-schedule, while Meghan’s pregnancy meant she skipped some engagements she was originally to attend.

And Jackson’s already had some of his equipment break during the Sydney leg of the trip, which is all part of his reality. “Kit takes a certain amount of abuse as you bounce on and off planes and buses so it’s inevitable that it will take a hit occasionally,” he says.

But it’s the results that make the effort worthwhile. This month, the best of Jackson’s royal photographs were gathered into a book, Modern Monarchy. Filled with his images of the entire family—from Queen Elizabeth II leaning down to answer a query from great-grandson Prince George to the newest royal, Meghan, on her wedding day—it’s also the first such book published in more than a quarter-century. Back in the 1980s and ’90s, books like this were ubiquitous, their sales driven by the popularity of Diana, princess of Wales, and Sarah, Duchess of York. Then, a decade of scandals and divorces—combined with the lack of young, charismatic Windsors—killed the market.

Now, the fab four—William, Kate, Harry and Meghan—spark intense interest around the world, for not just what they wear and where they go, but also their charitable campaigns, like breaking down the stigmas around mental-health issues. The images in Modern Monarchy show the ongoing evolution of the House of Windsor: while Queen Elizabeth II hews to a formal lifestyle, befitting her generation and age, her children and grandchildren are far more relaxed, giving hugs, playing with children and bring attention to serious issues, such as Camilla’s support of abused women and children.

Like other full-time royal photographers and reporters, Jackson is part of the royal rota, a news industry system by which a rotating small group of media get close access to the royals and share their materials with colleagues. Over the years, that’s how he’s learned the tricks of his trade: “By gaining the confidence of those he photographs and returning each year to the regular ‘diary’ events, Chris has developed an unrivalled knowledge of where to be and when to get his photograph,” notes Michael Pritchard, director-general of the Royal Photographic Society, in the book’s foreword. Those close-up photos include Prince Harry talking with athletes at Toronto’s Invictus Games, and Kate shooting an arrow in Bhutan. In addition to those public events, he’s also taken official portraits of Prince George for his first day of school as well as his fourth birthday.

With the full-time working royals completing some 3,600 engagements a year, Jackson’s travelling rarely ends. After Harry and Meghan’s 16-day tour ends in New Zealand, the royal photographer heads straight to Ghana for the start of the eight-day visit by Prince Charles and Camilla, Duchess of Cornwall, to that Commonwealth nation, as well as Nigeria and Gambia. Soon, however, he will get a break for a happy event of his own: in July, Jackson and his wife, Natasha Archer, the personal stylist to Kate, Duchess of Cambridge, revealed they are expecting their first child. No need to ask who will take this baby’s photographs.