Patricia Treble: Rarely a day goes by when Diana’s name isn’t mentioned alongside those of Charles and Camilla. But it’s time we saw them as a couple unto themselves. 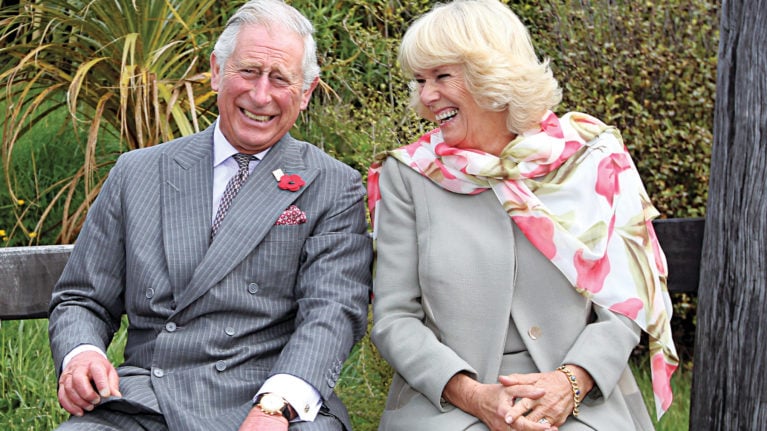 On April 9, Charles and Camilla celebrated 15 years of marriage. They were at their home on the Queen’s Balmoral estate in Scotland, where the Prince of Wales had just recovered from the coronavirus. With parties and family gatherings out of the question, the couple marked the anniversary by releasing an informal photo showing them looking relaxed and content sitting by the door of their home, holding Camilla’s dogs, Bluebell and Beth.

A more important milestone comes a month later, on May 10. That’s when the length of Prince Charles’s marriage to Camilla will exceed that of his marriage to Diana, Princess of Wales. And surely that should mark a tipping point, the moment we talk less about the epic tragedy of Charles and Di and focus more on the epic love story of Charles and Camilla.

Their happiness together has long been obvious. They joke their way through many engagements, such as in 2015, when Camilla couldn’t stop laughing as a bumblebee made its way up her husband’s suit jacket during a tour in New Zealand. During their visit to Canada in 2017, the couple called back and forth to each other to see this farmer’s grains or to sample that baked offering while touring a farmers’ market in Ontario’s Prince Edward County. And an image of a grinning Charles taking his wife for a spin in a vintage MG during a historic first royal visit to Cuba became their Christmas card photo last year.

There’s a lot more to the Duchess of Cornwall than many people know. She can cut a birthday cake with the panache of a pastry chef and pull a pint like a veteran bartender. There is an astounding number of videos of her dancing on the job, often with seniors. She can laugh at herself: At an event to promote a charity in 2009, she famously posed for pictures holding up a reusable shopping bag emblazoned with the slogan “I’m an old bag from Deptford.” That day, she also made a fan of Emmanuel Theophilus, 10, who said, “She was brilliant. She challenged me to a game [of ping-pong], and she has definitely played it before.”

She’s not one for Botox or perfect celebrity teeth. She has the laugh lines and figure befitting a 72-year-old who can play for hours with her five grandchildren at her private country retreat, Ray Mill House, and also confidently wear a towering tiara and diamond-festooned necklaces for an evening affair. Her popularity may not match those of other royal women, but then again, she’s in that squeeze generation, not young enough to be a fashion icon, like Kate and Meghan, but not old enough to be a nation’s iconic granny, like Queen Elizabeth II.

Duty always comes first for the House of Windsor, and it’s a message that Camilla has taken to heart. Last year she undertook 226 engagements, more than the tallies of much younger royals, including William (216), Kate (122), Harry (160) and Meghan (68). During that three-day 2017 trip to Canada, she found time to meet with members of the Queen’s Own Rifles of Canada and their families (Camilla is the regiment’s colonel-in-chief). “I couldn’t come here without visiting,” she told them. I was there on assignment that day and watched the way she chatted with people and remembered their names and faces, including a warrant officer whom she’d met on Juno Beach in 2014. She made a flower girl’s day by throwing her arm around her shoulder for a photo. An hour and a cup of tea later, she met up with Charles to bustle off to the next event.

It is widely known that Charles’s and Camilla’s love story has not been smooth. They were in their early 20s when they first met at a polo match 50 years ago. They were too young—and Charles’s future too grand—for a permanent commitment. Soon, Camilla went down her own road, marrying Andrew Parker Bowles. He philandered his way through their marriage, and Camilla eventually returned to Charles. It couldn’t last. By the time Charles hit his 30s, he needed to wed; in that era, a divorcee wasn’t an option. Enter Lady Diana Spencer. They were married on July 29, 1981, by the archbishop of Canterbury who called their marriage “the stuff of fairy tales.”

They were incompatible. He was serious and fixed in his ways. His myriad enthusiasms—the environment, painting, architecture, philosophy—bored her. She was young and had an effortless warmth, but was also filled with insecurities, especially about Charles’s feelings toward Camilla.

Their marriage collapsed in 1986, and they stumbled through several years of unhappiness and scandal and recrimination. They separated in 1992 after Diana told her side of the tale in Andrew Morton’s Diana: Her True Story. Two years later, in a blockbuster ITV program, Charles admitted he’d committed adultery, saying that he’d been “faithful and honourable” during his marriage “until it became irretrievably broken down, us both having tried.”

The next year, Camilla featured in the most iconic exchange of Diana’s interview with Martin Bashir for the BBC’s Panorama show:

Bashir: “Do you think Mrs. Parker Bowles was a factor in the breakdown of your marriage?”

Diana: “Well, there were three of us in this marriage, so it was a bit crowded.”

Never mind that Diana also confirmed that she’d been unfaithful with cavalry officer James Hewitt: “Yes, I adored him. Yes, I was in love with him.” The die was cast: Camilla was the “other woman,” the person who broke up the world’s most famous marriage and who supplanted a beloved princess in the heart of her husband.

For years thereafter, Camilla was eviscerated in the press, even branded the “Rottweiler” (a moniker coined by Diana). She was loathed in Britain with a passion that still burns in Diana fans, more than two decades after Diana’s death in that Paris car crash in 1997. They cling to treacly memories of the woman British prime minister Tony Blair famously called “the People’s Princess.”

Through it all, Camilla kept silent and hunkered down with trusted family and friends, finally giving an inkling of what she went through in a 2017 interview: “It was a deeply unpleasant time and I wouldn’t want to put my worst enemy through it.” It took two years from the time of Diana’s death for Charles and Camilla to be seen publicly together leaving a birthday party for Camilla’s sister, Annabel, at the Ritz. Slowly, their commitment to each other changed enough minds—both among the general public and in the royal family—for them to wed in 2005. The New York Times called it “a fairy tale for grown-ups.”

Camilla is not a royal powerhouse like her sister-in-law, Princess Anne, but she has slowly and methodically taken on higher-profile duties. Partly, it’s because she’s the spouse of a future king who is having to scale up his responsibilities to compensate for a mother who is now 94. Partly it’s that she’s now more comfortable in the role. Like all royals, she focuses on charities and organizations that suit her talents and interests, including literacy, animal welfare (her dogs are adopted) and societal problems such as violence against women. On April 28, Camilla, as vice-patron of the Royal Academy of Dance, revealed that she and “a group of ancient friends” had started their own dance class through the RAD’s Silver Swans program, saying, “If we don’t we will just seize up and we won’t be able to get out of bed in the morning.”

Crucially, she made peace with the media. Today, she’ll chat with reporters and make sure they get the stories and images they need. Veteran royal photographer Arthur Edwards, of the Sun tabloid, regularly calls her “the lovely Camilla” on social media, noting he’s “never seen her in a bad mood.” At the end of that Caribbean tour last year, Daily Express royal correspondent Richard Palmer tweeted, “It’s worth saying again how much many of us in the royal press pack love covering their tours. The couple and their staff are fun to work with.”

And she has transformed Charles from the “very morose, depressed man” he was at the end of his marriage to Diana, as royal biographer Penny Junor told the Times, to a man who is “fundamentally happy. He is relaxed. He has got his sense of humour back.” Charles acknowledged the influence of his “brilliant” wife in a 2015 CNN interview: “It’s always nice to have somebody on your side. She is an enormous support . . . She certainly pokes fun if I get too serious about things. And all that helps.”

As William Goldman wrote in that most modern fairy tale classic, The Princess Bride: “I really do think that love is the best thing in the world . . . But I also have to say, for the umpty-umpth time, that life isn’t fair. It’s just fairer than death, that’s all.” And there’s the rub: Diana never got to find lasting love after her relationship with Charles imploded. They separated in November 1992, and their marriage finally ended on its 5,509th day, Aug. 28, 1996. A year later, Diana died in Paris.

But she remains caught in that triangle she so famously lamented. Even now, rarely a day goes by when Diana’s name isn’t mentioned alongside those of Charles and Camilla. And neither, it seems, can Camilla have her own day as princess. Clothes or jewellery worn by Kate and Meghan are to “honour” Diana, while every anniversary—and every slow day in royal news—is marked by rehashed Diana stories. She is forever young and beautiful. That will never change.

In the meantime, Charles and Camilla have built a life that is truly their own, as well as one that meets their families’ approval. In 2012, Queen Elizabeth II gave her daughter-in-law a public sign of acceptance: the rank of dame grand cross of the Royal Victorian Order, an award made personally by the Queen “for services to the Sovereign.”

Surely now it’s time for people to talk about the success of Charles and Camilla, and let Diana cease to be the third one in their marriage.

This article appears in print in the June 2020 issue of Maclean’s magazine with the headline, “The grown-up people’s princess.” Subscribe to the monthly print magazine here.