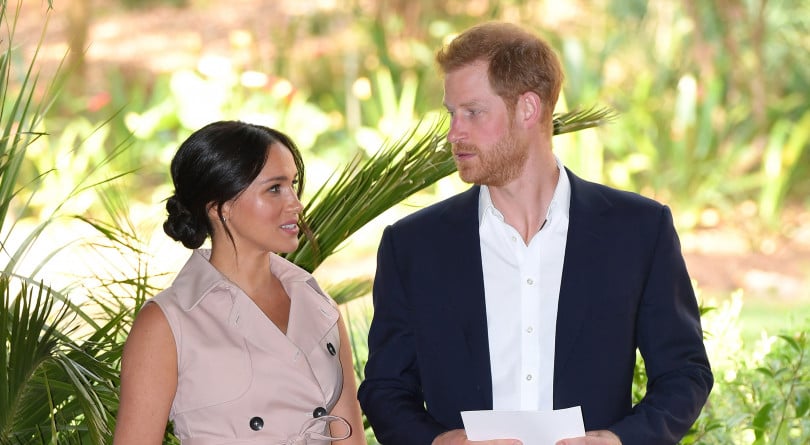 The complicated lives of Prince Harry and Meghan, Duchess of Sussex, became even more tangled this week. A week after the couple told the world they were stepping back from their duties as senior royals, a simmering legal dispute between Meghan and the Mail on Sunday exploded back into life.

On Tuesday, the newspaper’s parent organization, Associated Newspapers Ltd., filed its defence claim to the Duchess of Sussex’s lawsuit. The accompanying Mail headline was pure tabloid: “Markle vs Markle: Meghan’s father is set to be star witness against her in High Court showdown as devastating texts expose their bitter war of words over her wedding.” The 44-page legal filing describes Meghan’s father, Thomas Markle, as being hurt that his daughter didn’t ask about his emergency heart surgery and feeling admonished and “written off” by her and Harry. It seems he is prepared to testify against his estranged daughter as the paper’s key witness if the case goes to trial. Both Meghan’s claim and the paper’s defence filing contain allegations unproven in court.

The legal battle started Oct. 1, when Prince Harry upended the end of the couple’s successful tour of southern Africa by issuing an emotional message, stating “my wife has become one of the latest victims of a British tabloid press that wages campaigns against individuals with no thought to the consequences.” He revealed that Meghan had started legal action hinging “on one incident in a long and disturbing pattern of behaviour by British tabloid media.”

RELATED: Prince Harry and Meghan Markle vs. the royal family

Meghan’s claim was served less than two weeks later. It focused on a series of articles published by the Mail on Feb. 10, 2019, about the reaction of her estranged father, Thomas, who lives in Mexico, to a letter Meghan had written him about their relationship in August 2018. The tabloid printed excerpts from that letter, which began with, “It is with a heavy heart that I write this” before accusing him of saying untruths to the media, including that she’d never financially supported him, and that he had told “the press that you called me to say you weren’t coming to the wedding—that didn’t happen because you never called.”

As one unnamed friend of Meghan later described it to People magazine, “After the wedding she wrote him a letter. She’s like, ‘Dad, I’m so heartbroken. I love you. I have one father. Please stop victimizing me through the media so we can repair our relationship.’ ”

In its defence claim, Associated Newspapers takes a sharply different view of that same communication, stating that it denies “any of the letter demonstrated ‘kindness and concern,’ ” and that it “makes multiple accusations against Mr. Markle and multiple self-congratulatory remarks about the Claimant.”

In her legal filing, Meghan claims that publishing articles containing details of the letter “blatantly constituted a misuse of [her] private information,” breached her rights under European privacy rules and infringed her copyright to the letter. As well, she alleges the media organization “deliberately sought to mislead the public by selectively editing the contents…so as to supress [sic] or omit parts of it which would undermine its negative characterization of [Meghan].”

READ: Queen Elizabeth and Prince Charles should be the only ‘royals’ around here

In rejecting her accusations, the Mail firm says that a recipient of a letter—Thomas Markle in this case—is not “obliged to keep its existence or contents private,” that the letter “focused on the Claimant’s relationship with her father, a matter about which he was entitled to speak openly,” and that she knew he’d previously talked to the media about their relationship and was likely do the same with the letter. It infers that Meghan sent the letter “with the view to it being read by third parties,” noting that it “appears to have been immaculately copied… in her own elaborate handwriting from a previous draft.” The organization makes it clear it will explore the duchess’s own actions and motives, as well as those of her friends.

It wants disclosure of occasions when Meghan “caused or permitted her friends to provide information about her to the media or seek to influence what is published about her.” In particular, it alleges that in April 2018, after the Mail on Sunday contacted Harry and Meghan’s communications secretary to notify him of an interview with Meghan’s old friend, Gina Nelthorpe-Cowne, Jessica Mulroney wrote to Nelthorpe-Cowne “putting pressure on her to withdraw or change statements” that same day. Mulroney is a close friend of Meghan.

The biggest accusations made by Associated Newspapers relate to the People magazine cover story that was published four days before the Mail on Sunday’s articles. The article not only included intimate details of Meghan’s life but also detailed information about her “relationship with her father, and information about the Letter and its contents,” according to the Associated Newspapers claim. The defence claim further alleges that the information in the People story “could only have come (directly or indirectly) from [Meghan], not least because it presented events entirely from her perspective and in a way favourable to her.”

In its legal filing, the firm says it believes that Meghan never complained about media coverage that was based on that People story, which also contained private information. The defence argument is clear: Meghan doesn’t have a problem when the public knows about details that are flattering, just when they learn about details that aren’t, like comments from her father.

The legal filing uses texts from Thomas Markle to buttress its defence. The People article says he didn’t take her calls in the weeks before the wedding, but the defence claim points to messages it says shows that in fact Thomas called and texted “numerous times” and that the two were “on good terms.” A few days before the wedding, after the Daily Mail revealed he had staged some “paparazzi” photos, Thomas Markle had emergency heart procedure. The defence claim alleges that he texted Meghan the same day to inform her of his medical situation, that because he wasn’t allowed to fly, he couldn’t attend the wedding, and that he was sorry “about all of this.”

In return, he got a text signed “Love M and H” that read “as if it was from Prince Harry,”the claim alleges. The text admonished Thomas Markle “for talking to the press and telling him to stop and accusing Mr. Markle of causing hurt to his daughter.” The defence claim states that “the text did not ask how the surgical procedure had gone or how Mr. Markle was or send him good wishes.”

“Except for the receipt of the [August 2018] letter, Mr. Markle has not heard from his daughter since he wrote to tell her he was too ill to attend her wedding, nor has ever [he] been introduced to or met Prince Harry or their son, his grandson,” the filing further claims, rejecting the suggestion in People magazine that Thomas “never called… never texted.” That may change if Meghan and her father end up facing each other from across a London courtroom.