Meghan Markle 'does a Diana' and commits a royal sin

The People magazine cover story, in which her best friends 'break their silence,' could do long-term PR damage 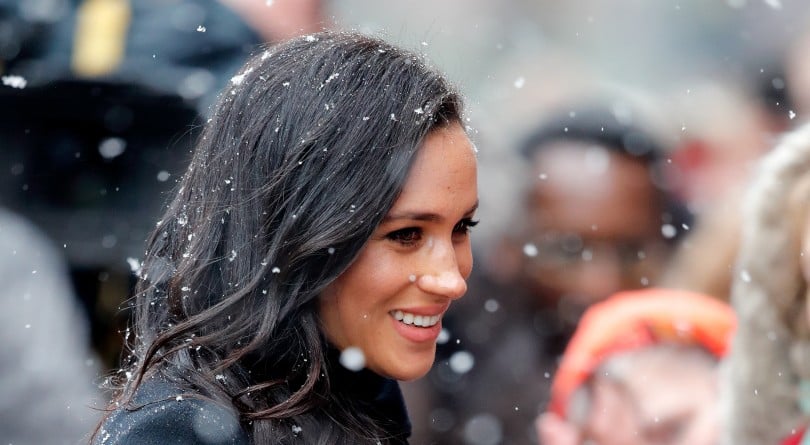 Meghan, Duchess of Sussex arrives for a visit to the Bristol Old Vic on February 1, 2019 in Bristol, England. (Photo by Max Mumby/Indigo/Getty Images)

Public relations campaigns don’t always go as planned when they involve royals. When People magazine unveiled its latest cover story, “The truth about Meghan: Her best friends break their silence,” the initial reaction was dropped jaws as everyone absorbed its detailed account of the Duchess of Sussex’s new life as a royal. The aim of Meghan’s friends was to “stand up against the global bullying we are seeing and speak the truth about our friend,” a co-star of the former Suits actress told People. They were concerned about the effect such “emotional trauma” would have on their friend and her baby, expected in the spring. The end result, however, is even more critical coverage of their friend.

That five close girlfriends of Meghan Markle, none of whom had ever previously talked about their famous friend, would reveal insider information could mean only one thing: the Duchess of Sussex had “done a Diana”—giving friends permission to reveal her side of stories to a “friendly” media organization and, in the process, blindsiding staff who reportedly had no warning of the avalanche about to hit them.

The tactic, perfected by Diana, Princess of Wales, during the acrimonious breakdown of her relationship with Prince Charles, is seen as a royal sin. Most famously, Prince Harry’s mother authorized her friends to talk to Andrew Morton for his 1992 tell-all blockbuster, Diana: Her True Story. As its pro-Diana revelations eviscerated the reputation of Prince Charles, she lied to the Queen’s private secretary (her own brother-in-law, Robert Fellowes) as to her involvement in its creation, then made sure the media could capture her visiting one of the book’s main sources, her friend Carolyn Bartholomew, thereby sending the world a tacit message—the revelations were true.

READ MORE: The Meghan Markle pendulum swings to the negative

“Doing a Diana” often boomeranged on its instigator; its advantages rarely lasted long, and the long-term damage could be extreme, especially with betrayed royal officials (several of Diana’s staff quit) and an increasingly testy press. Diana later revealed that she regretted telling her story to Morton, but couldn’t stop being her own PR adviser. After she again went behind palace officials to record a devastating interview with Martin Bashir in 1995, the Queen told Diana and Charles to begin divorce proceedings.

That’s why silence is the preferred way to deal with negative attention for so many royals, including the woman many fervent Meghan fans see as her rival: Kate, Duchess of Cambridge. The reason is simple: there is so much attention on the House of Windsor that trying to counter narratives is a never-ending game of Whac-A-Mole. It rarely ends well. That’s one reason why the closest friends of Kate and husband Prince William are famously tight-lipped.

Today, it is Meghan’s friends who are generating headlines, as they attempt to correct what they perceive as “lies and untruths.” After months of Meghan’s father, Thomas Markle, and half-sister, Samantha, badmouthing her in a seemingly never-ending series of interviews (some for money), her girlfriends struck back by presenting Meghan’s side of the bitter family feud that began in earnest just before her wedding when he suddenly backed out of walking her down the aisle after revelations he’d been paid to pose for “paparazzi” photos. (Like most Markles, Samantha wasn’t invited.) People even quotes from a letter Meghan wrote her father, “Dad, I’m so heartbroken. I love you. I have one father. Please stop victimizing me through the media so we can repair our relationship.” The irony was quickly noted by journalist Richard Kay, one of Diana’s favourite media conduits to the public. “At the very least, is there not something hypocritical about someone pleading with her father not to conduct family business through TV and other interviews, while allowing a group of hand-picked and trusted friends—each speaking anonymously, of course—to do just that themselves?” he wrote in the Daily Mail.

If one of the intentions of the People information was to have everyone focus solely on Meghan’s reset of the father-daughter story, then it’s likely to have failed. Everyone is waiting for Thomas and Samantha Markle to go back on the attack, likely in a weekend story in one of the London tabloids.

Other parts read like hagiography. To counter “difficult Meghan” stories, including that she fired off before-dawn missives to staff, a number of whom left royal employment in short order, and even a possible feud with sister-in-law Kate, the People article gives enough anecdotes about the perfect duchess that Meghan comes across as an amalgam of Oprah, Martha Stewart and June Cleaver: the perfect friend, cook and wife. She writes her speeches, as well as some of her husband’s. She rewarded employees with an “ice cream and sorbet stand” in their offices. A Los Angeles-based friend reveals, “There was a candle lit by the bed, slippers and a robe…She made the most lovely meals. She made tea every day” during a recent stay with Meghan at Nottingham Cottage, the small home of her and husband, Prince Harry, in the Kensington Palace complex. “Whenever something good is happening in my life, she celebrates with me first, and when there’s a hardship, she’s there with Kleenex and a shoulder and a glass of wine and the best chat and a book that will help pull me out of wherever I am,” a “close confidante” told People.

“The goal is to build her up as an angel, almost a saint, and, you’ll note, in an American publication,” wrote Elaine “Lainey” Lui on her influential website, Lainey Gossip. “Which, I appreciate the intention, especially since she’s been attacked so relentlessly, but swinging dramatically in the other direction will provoke a reaction.” And that brings up another issue in this PR offensive—its location in the top American celebrity magazine. Unlike the British press, which sells papers in part with the help of critical, even brutal, royal stories, the American royal coverage has always been rose-tinted, treating the royals as celebrities instead of a clan with important constitutional and national roles.

That Meghan and her friends chose People is being received as a deliberate snub to the British press. Ironically, the People story comes out at a time when the British media has been highlighting one of the biggest issues facing Meghan as she settles into her new royal life: an avalanche of social media trolling, which has turned even the royal family’s own online accounts into swamps of hate and racism.

Meghan isn’t a Hollywood actress anymore. She’s a member of the royal family, and will be in the public eye for decades. Planting an ultra-positive story in an American magazine isn’t going to stop negative stories. Time and hard work will accomplish that.