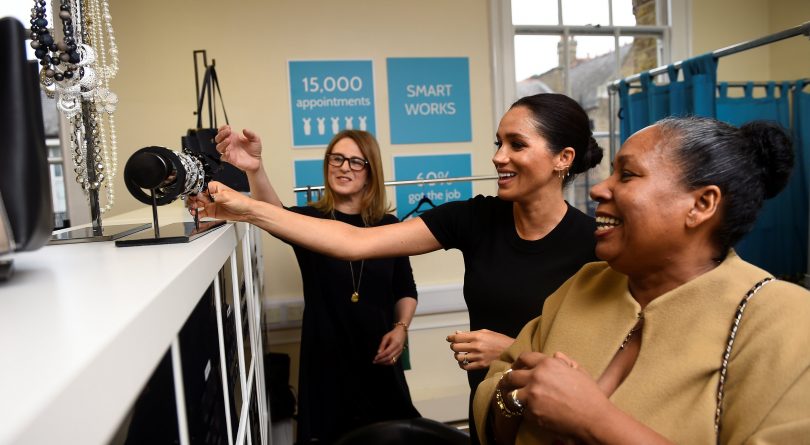 The news that Meghan, Duchess of Sussex, has selected four diverse organizations for her first patronages marks a major step in her life as a royal, for being a high-profile advocate of charities, institutions and military units is a crucial role for members of the House of Windsor. In 2018, of the 3,900 engagements undertaken by full-time royals, nearly half were done on behalf of organizations to which the royals have affiliations as patrons or presidents. That, in turn, draws attention to causes in a way that few others can hope to achieve. While most royals limit the number of their patronages so they can devote time to each cause—Kate, Duchess of Cambridge, has taken on just more than 20 since marrying Prince William in 2011—Queen Elizabeth II and her husband, Prince Philip, have more than a thousand between them, many inherited from previous monarchs and their consorts.

Now, in a major generational transfer, those patronages are being passed to younger royals who can devote more time and energy to the causes. Indeed, of Meghan’s initial four patronages, two had been held by the Queen, who had been patron of the National Theatre for 45 years and held the same title with the Association of Commonwealth Universities (ACU) for more than three decades.

Meghan isn’t alone. In late 2017, Prince Philip stood in a heavy downpour while inspecting a guard of Royal Marines as his last engagement before retiring from full-time public duties. A few weeks later, Prince Harry, who served two military tours in Afghanistan, took over as captain general of the Royal Marines, a role his grandfather had held for 64 years and in which Prince Philip had succeeded his late father-in-law, King George VI. This month, Harry, in his role as captain general, will be in Norway to see the Royal Marines as they take part in a major NATO exercise, demonstrating the multinational organization’s ability to counter recent aggressive actions by Russia.

In recent years, Kate, Duchess of Cambridge, has taken over several patronages from the Queen, including Action for Children, which supports vulnerable kids, and the All England Lawn Tennis and Croquet Club, the host of Wimbledon. She also succeeded Philip as honorary air commandant of the Air Cadet Organisation.

The transfers involves considerable planning, within palaces and organizations alike. “Over the last year, Her Royal Highness has held meetings and conducted private visits with each of these organizations,” explained the royal press release announcing Meghan’s new roles. Each royal has specific areas of interest, and will only want to take on new roles if they dovetail with their current workload and if they can add value to those organizations.

Meghan’s four interests are a combination of international, national and local organizations. For a retired actress, the National Theatre’s mission to make theatre as accessible as possible is a natural, as is the ACU. Indeed, while on tour in Fiji, she announced ACU grants to empower female faculty members so other women can be trained to follow in their footsteps. Then there is Smart Works, which helps women return to the job market, an ideal charity for a royal feminist. Finally, there is the Mayhew, a London-based animal welfare organization, perfect for a woman who has adopted several rescue dogs.

That forethought applies to all patronage accepted by royals. William, who is passionate about wildlife and Africa, took over as patron of the Royal African Society, while his wife, Kate, who is increasingly interested in helping children get the best start they can in life, took over the Queen’s patronage of the Royal College of Obstetricians and Gynaecologists. The dispersal of patronages isn’t limited to the grandchildren of Elizabeth and Philip. Their youngest son, Prince Edward, took over as head of the Duke of Edinburgh’s Award program from his father, Philip, who created it in 1956, while another of their father’s titles, that of colonel-in-chief of the Grenadier Guards, was transferred to Edward’s older brother, Prince Andrew, a former long-term Navy officer. Other royal passings of the patronage baton include Edward’s athletic wife, Sophie, receiving the British Cycling Federation from her mother-in-law, while Camilla, Duchess of Cornwall, got the royal patronage of the Battersea Dogs and Cats Home.

For the organizations, having a Windsor affiliation can shine spotlights on causes that would otherwise struggle for attention. For the past few years, William, Kate, Harry and now Meghan have been passionate advocates of mental health issues. In 2017, they launched a campaign called Heads Together in Britain, which aimed to reduce the stigma around mental illness and raise funds for support services. When Meghan visits the Mayhew next week, photos of her with the animals will go around the world. And, crucially, royal patrons and presidents have reputations for tirelessly hosting fundraisers after fundraisers.

Sometimes the help is practical. Motivated by friends who have been abused by partners, Camilla, Duchess of Cornwall, devotes considerable time to the issue of violence against women. After she realized women who had undergone forensic rape exams would want to shower afterward, the duchess and her staff secured donations of shampoos, cleansers and moisturizers from major cosmetic firms and filled thousands of toiletry bags, which are handed out by front-line organizations throughout Britain.

The attention that having a royal patron often brings to a charity can be transformative. In 1970, when Princess Anne, then just 20 and beginning her life as a working royal, became president of Save the Children, it was a relatively small aid organization. Now it’s a major international entity, in part because of Anne, who raised millions and drew attention to its activities by regularly visiting remote refugee camps and clinics around the world.

Now, it’s Meghan’s turn to focus eyes on charities of her choosing. As Smart Works founder, Juliet Hughes-Hallett, stated, “The duchess will motivate ever more women to come to our centres and get the job that will transform their lives. The duchess’s patronage will inspire the women we serve and help them reach for the stars.”