The carefully streamlined aesthetic of Meghan's bridal outfit meant that everyone's attention was on the bride's face. Just where it should be on a wedding day. 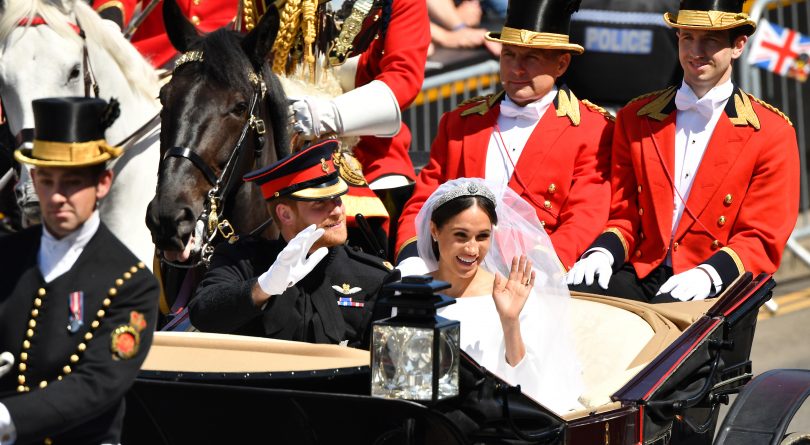 Meghan Markle, now Her Royal Highness the duchess of Sussex, rose to the challenge of choosing a royal wedding dress that will stand the test of time. She wore a classically minimal wedding dress that exuded elegance and refinement. The beautiful outfit will be copied and talked about for years, for all the right reasons. The stark white gown, made of silk cady, was created by designer Clare Waight Keller, who heads the French couture house Givenchy. Meghan chose her earlier this year, in part, because she is British, but also, as the press release states, “for her timeless and elegant aesthetic, impeccable tailoring, and relaxed demeanour.” 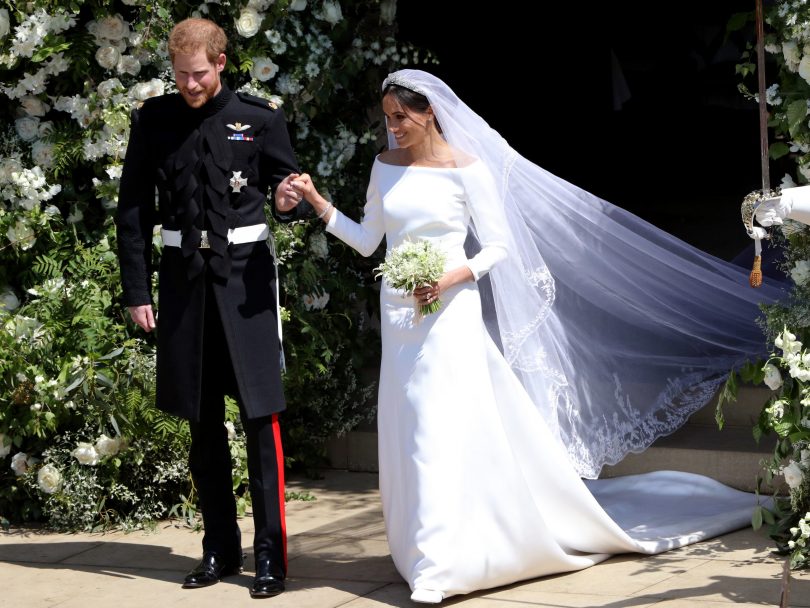 Its wide bateau neckline framed Meghan’s shoulders and highlighted her slim waist, while its slim three-quarter sleeves added a modern touch to such a classic design. It was a marvel of haute couture design and creation: its refined look was achieved through the carefully precise placement of six seams. In the back, the train flows down into softly rounded folds, that come alive due to an underskirt of triple silk organza. The silk cady was double-bonded to give it a softer look while also holding a soft matte lustre. The slim three-quarter sleeves added a note of modernity.

The utter simplicity of Meghan’s dress harkened to that of other modern royal brides in Europe, including Queen Maxima of the Netherlands, Princess Charlene of Monaco and Crown Princess Mett-Marit of Norway.

Meghan’s dress was more than matched by her five-meter veil. The silk tulle included the unique flora of each of the 53 Commonwealth nations, ranging from the tropical orchid of Kenya to the bunchberry of Canada. Each flower was “worked flat, in three dimensions to create a unique and delicate design,” explained the palace. “The workers spent hundreds of hours meticulously sewing and washing their hands every thirty minutes to keep the tulle and threads pristine.” Added to the mix was California’s golden poppy, the flower of the state where she was born and wintersweet, which grows outside their residence at Kensington Palace. 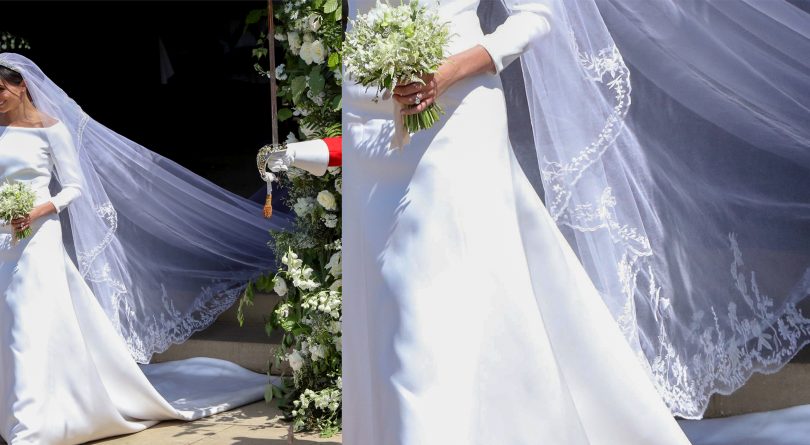 The veil was affixed to Meghan’s hair by a tiara that hadn’t been seen for more than 60 years. Queen Mary’s diamond bandeau tiara, lent by its current owner, the Queen, was created in 1932 around a brooch that was itself a wedding gift to then-Princess Mary when she married Prince George, later King George V, in 1893. As the palace describes, “The bandeau, which is made of diamonds and platinum, is formed as a flexible band of eleven sections, pierced with interlaced ovals and pavé set with large and small brilliant diamonds.  The centre is set with a detachable brooch of ten brilliant diamonds.” (Royal fashion bloggers don’t believe the tiara has been worn in public since Queen Mary died in 1953.) In addition, Meghan wore earrings and a bracelet by Cartier, and silk duchess satin shoes by Givenchy. 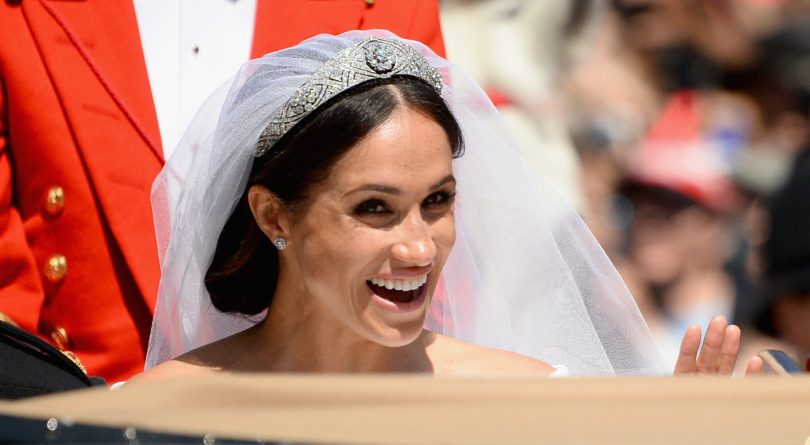 The carefully streamlined aesthetic of Meghan’s bridal outfit meant that everyone’s attention was on the bride’s face. Just where it should be on a wedding day.