Opinion: Though she will only be an 'unofficial princess' when she weds Prince Harry, Meghan Markle is a reminder of the power found in the maligned princess archetype 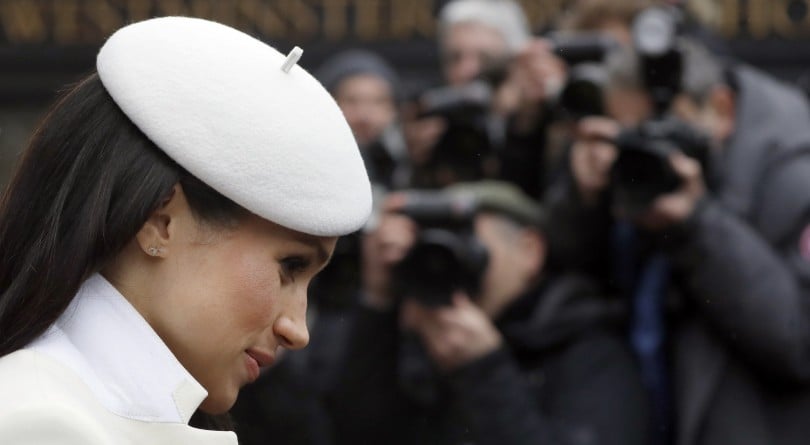 Jerramy Fine is the author of In Defense Of The Princess: How Plastic Tiaras and Fairy-Tale Dreams Can Inspire Strong, Smart Women.

Royal fever is upon us again. As the May 19 wedding between Prince Harry and Meghan Markle draws closer, the world is going gaga over the latest royal bride. But while some are planning wedding viewing parties, placing bets on dress designers and choosing festive fascinators, others are rolling their eyes—dismissing all royal news as silly, feminine froth.

It’s okay not to care about the Windsors. And it’s okay, for those with democratic sensibilities, to find the idea of monarchy somewhat perplexing. But when it comes to princesses, and those who love to dismiss their allure as girly nonsense, hear me out—because anytime anything feminine is systemically belittled, patriarchy reigns.

For the last decade, people have told me that princess culture is “unhelpful.”  They tell me Disney princesses are damaging, that royal brides are weak, and that happily-ever-after fairy tales are not appropriate for today’s young girls. I’m told that that today’s women can’t afford to be so girly and so dreamy, because today’s women must learn to be strong.

My brain has serious trouble computing this.

Women (even girly women) are already strong. But female strengths are not recognized, valued, or maximized in today’s world. Everything feminine is still viewed as weak or second-best, while everything masculine is still seen as the default ideal.

This lopsided way of thinking pervades everything around us. Female politicians can’t be too emotional; toys can’t be too pink; we claim we want gender equality yet continue to value breadwinners more than caregivers. Women are meant to “lean in” to masculine jobs, but no one is asking men to “lean out” into feminine ones. Talking about fashion or royal baby names is considered silly, but talking about sports or cars is perfectly acceptable. In the work place (and on the world stage), risk, aggression, and zero-sum competition are celebrated, while generosity, empathy and collaboration are considered last resorts.

All of this is designed to convince women that the girl inside them isn’t good enough. That if anything goes against their womanly instincts, they should override it because the male way is the right way.

Most women went along with this. (God forbid we let the stereotypes of “being a woman” cloud our thinking.) But in our collective efforts to shun traditional femininity, we allowed toxic masculinity to reign freely—and now we are drowning in it.

Too much “girliness” was never the problem. The true danger has always existed on the opposite side of the spectrum: a crisis of extreme masculinity thriving on violence, greed, cruelty, and fear.

DISPATCH FROM WINDSOR: For Harry and Meghan’s wedding, the souvenirs are finally worth savouring

Of course, Meghan Markle is not the singular solution to this. But royal weddings receive the disproportionate coverage that they do because they trigger something deep within our psyches. Watching a girl walk down an aisle and transform into royalty activates the ancient princess archetype that lies dormant in us all—reminding us that feminine power is real. That being born female is a noble strength, not a source of shame. That the well-being of our kingdom is our raison d’être.

In her book, Fire With Fire, feminist author Naomi Wolf further explains how the modern obsession with large weddings is about allowing our “repressed regal nature to emerge” and recognizing “the buried psychological dimension in which women know they are rulers by nature.”

The princess archetype is not about passivity or rescue—at its core, it’s about matriarchal power and responsibility. Just as a mother would never let appalling behaviour go on in her home (“Not under my roof!”), a true princess looks at injustice in the world and says, “Not in my realm!”

Markle has been doing it for years. She was just 11-years-old when she saw a commercial for dishwashing liquid insinuating that women were the only ones in the kitchen. Appalled by the stereotype, she single-handedly embarked on a letter-writing campaign that prompted Proctor & Gamble to change the wording of a nationwide advertisement.

As a well-known actress on the TV series Suits, Markle’s motto was, “With fame comes responsibility.”  Long before she crossed paths with Prince Harry, she was a United Nations ambassador for women. She’s toured refugee camps, advocated for more female representation in government, and campaigned against the shame of menstruation in developing countries. During her very first appearance with William and Harry’s Royal Foundation, Markle surprised many by flagging the #MeToo and Time’s Up movements within minutes. Markle’s track record is using the spotlight not for her own gain, but to bring attention to those in need.

That happens to be right out of Princess Diana’s playbook. Diana knew the world’s press would follow her every move, but rather than wither beneath the flashbulbs, Diana refocused the overwhelming press attention onto issues beyond herself: living with HIV, homelessness, landmines. And in doing so, she forged a new kind of “princess power”—and little Prince Harry watched her do it.

Today, when Harry talks about what it means to be royal, he talks about “earning your privilege,” “using your platform,” and constantly “giving back.” He uses his royal status to speak up about climate change, mental health, wounded servicemen and the importance of listening to younger generations—all of which has endeared Harry to the Obamas (who he considers to be both friends and mentors).

As a truly modern man, Harry’s vulnerability is his strength. Just like his mother, empathy is his superpower. And the more he dedicates himself to helping others, the more dazzling he becomes.

This is what drew Markle to him from the very beginning. “Many become starstruck by A-list actors,” Markle once said, “but I’m only in awe of people effecting change.”

READ MORE: Take a look back at royal weddings through the ages

Of course, critics of Markle will say that she’s not progressive at all. After all, didn’t she quit her job for a man? Well, no: She quit her job for a better job, one with a purpose beyond herself. She wants to change the world, and instead of just talking the talk, she’s walking the walk. She knows she can do more good, foster more change and start more important conversations with her royal platform than she ever could as a TV actress. Does her new job come with a prince she happens to be in love with? Yes. But we can’t begrudge her for it. (Besides, what happened to the feminist idea that girls can be anything they want? You can’t add a disclaimer that reads, “except for a princess.”)

It is so often misunderstood, but when little girls set their sights on finding “a prince,” they are actually making a very strong statement about their own self-worth. It’s about knowing that no matter what your circumstances, you are worthy of a prince. He may be rich, he may be poor; you might marry him, you might not—but he sees you, and loves you, for the princess that you are.

Markle has already shown us you don’t need a prince to speak up and speak out for what’s right. You don’t need a diamond tiara to help others or try to change the world.  And though the Queen may bestow her with the title of Duchess—meaning she will not be formally known as a princess—Markle is already an archetypal princess: feminine and fierce, compassionate and strong. And she is marrying a sweet, sensitive boy.

Fierce girls; sweet boys. This is how we will defeat toxic masculinity. And if it takes a royal wedding to remind us, so be it.