The royal wedding by the numbers: 200 million people tuned into the BBC broadcast of Elizabeth's wedding. Many more will watch Harry and Meghan.

Getting hitched was an entirely different affair when Queen Elizabeth and Prince Philip tied the knot back in 1947. The Second World War had barely come to a close and rations were still in effect. Even the Queen had to save up clothing rations to pay for her dress.

Televisions also weren’t quite a thing yet—they certainly weren’t in many households. So in order to participate in the royal affair, the public had to tune into BBC radio, which broadcast the ceremony around the world to an estimated 200 million people.

Compare that to today: between radio, television and social media, Harper’s Bazaar is estimating that nearly three billion people will listen to or watch the upcoming royal wedding. If that estimate is correct, that’s more than a third of the world’s population. 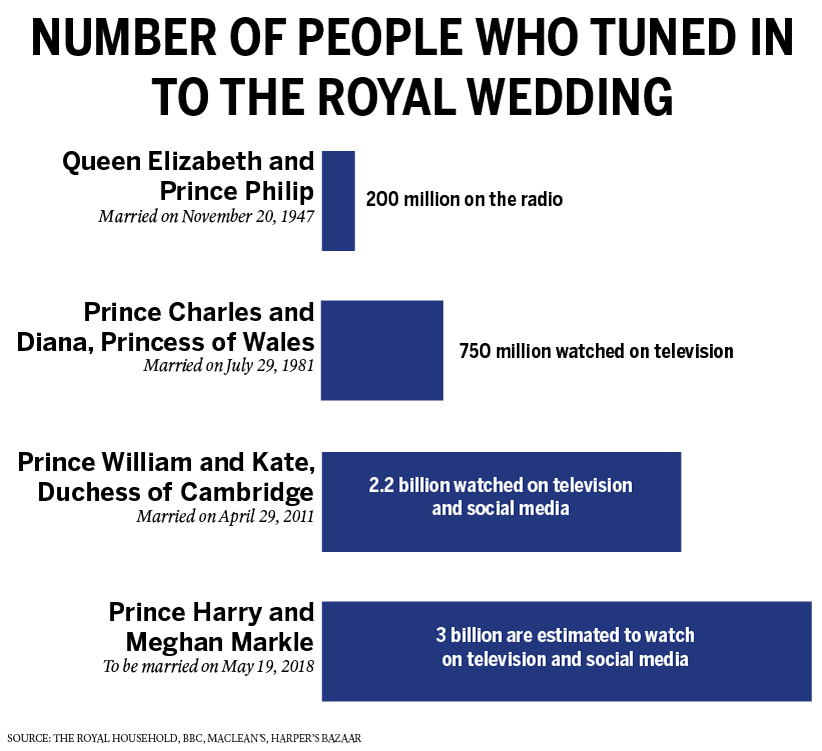