The royal wedding by the numbers: The average couple takes more than a year, on average, between engagement and wedding. The royal couple was in a rush.

A year and a half after Prince Harry and Meghan Markle first met, the royal couple was engaged. Nearly six months after that, the couple is scheduled to be married.

According to The Knot, they are well ahead of the average couple, who take an average of 14.5 months from engagement to wedding. 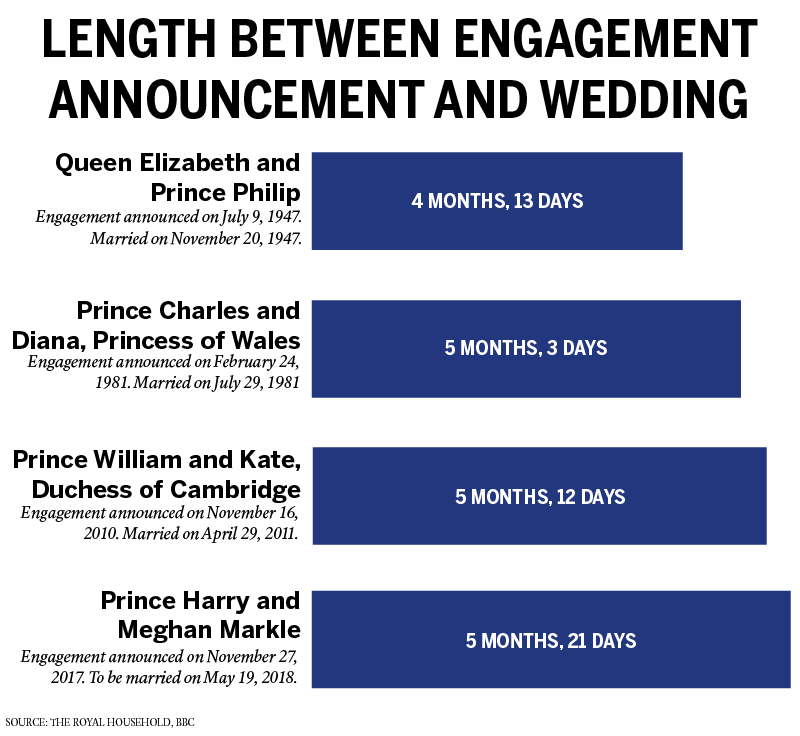