As Harry turns 35 and enters his new life as a married man and father, the royal superstar needs to figure out how independent he will be from the rest of the Windsors 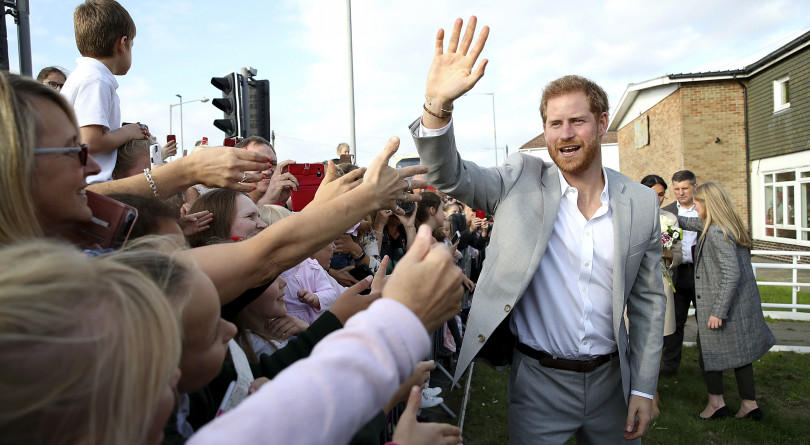 Popular not only for his warmth and wit but also for how he’s talked so openly about his emotional struggles, Prince Harry turns 35 on Sept. 15. This year, more than any other, may well be a turning point for the popular royal who, since 2017, has gone from sought-after bachelor to happily married husband of Meghan and father of Archie Harrison Mountbatten-Windsor. The reason? As the Duke of Sussex revels in his new role as a family man, pressure is mounting for him to make a decision about what type of royal he wants to be.

Harry has always taken on causes that appeal to him. He created the Invictus Games after seeing how sport helps military veterans wounded by war. Harry and older brother William became deeply committed to mental health causes, especially among youth, in part because of the anguish they endured after the death of their mother, Diana. And Harry has spent weeks in Africa doing conservation work.

Now, with Meghan as his partner in both life and work, he is more consciously focusing on the expanding their Sussex Royal brand, launched in April when their Instagram account by that name went live. It now has 9.3 million followers and is where he announced that he and Oprah Winfrey are co-producing a mental health series for Apple TV.

As well, the Sussexes have put space between their life and that of William and Kate, Duchess of Cambridge. The once-inseparable brothers split apart their joint household of royal staff, and, in July, Harry and Meghan incorporated their own Sussex Royal foundation. The Sussexes added physical distance by moving away from the Cambridges’ home in London and into a newly renovated house near Windsor Castle.

With the freedom that comes from being sixth in line to the throne, Harry can follow the paths of his father’s siblings who have traditional supporting royal roles. Or Harry and Meghan can carve out a life more independent from his family, one that sees them build a high-profile global presence, a future that is distinctly Sussex Royal rather than merely royal.

At the moment, they are royal rock stars; everything they do (or are rumoured to do) generates headlines—just look at how her guest editorship of the September issue of British Vogue was analyzed around the world. Its theme was “forces for change;” Meghan wanted to create an issue “that would speak not just to where we are, but to where we hope to be.”

The degree of independence sought by Harry and Meghan will determine their future, as both members of the royal family and people whose voices can influence change around the world. The Queen and Prince Charles privately finance the rest of the working royals because their duties are in support of the monarchy. If Harry and Meghan radically break away from that model, then their position as full-time royals may need rethinking. As it is, Harry, who chafes at formal royal events, regularly undertakes less than half the official workload of his father.

RELATED: The extraordinary wedding of Prince Harry and Meghan Markle

Would the rich and famous donate as generously to his causes if Prince Harry wasn’t a full-time Windsor, and will his family, whose purpose is the continuation of the monarchy, financially support his efforts? In a sign of the limits to how far the Sussexes can push the gilded envelope, their new, Buckingham Palace-based media operation, unlike the independent ones of Charles and William, reports to the Queen’s communications secretary, just like those of other working royals.

Until Harry fully defines himself and his new Sussex Royal role, he leaves himself open to criticism, however well-intentioned his efforts. Recently, critics have noted the stark contrast between his strong environmental talk—“There cannot be any more excuses…we are ready to translate our awareness into action,” he stated last year in Australia—and his carbon-heavy actions, such as taking a private jet to deliver a passionate speech at Google’s celebrity-packed global warming summit in Italy, followed by several more private flights to exclusive European hotspots with Meghan and Archie.

This autumn, in addition to celebrating his birthday, he and Meghan will take Archie to South Africa. Originally mooted in the press as a months-long sojourn on the continent, it will be a traditional royal tour, with Harry travelling on to Angola and Malawi. It also marks the first big test of the new Sussex Royal brand.