The 'kokoshnik' tiara—part of the Greville treasure trove—hasn't been seen in public for nearly a century. 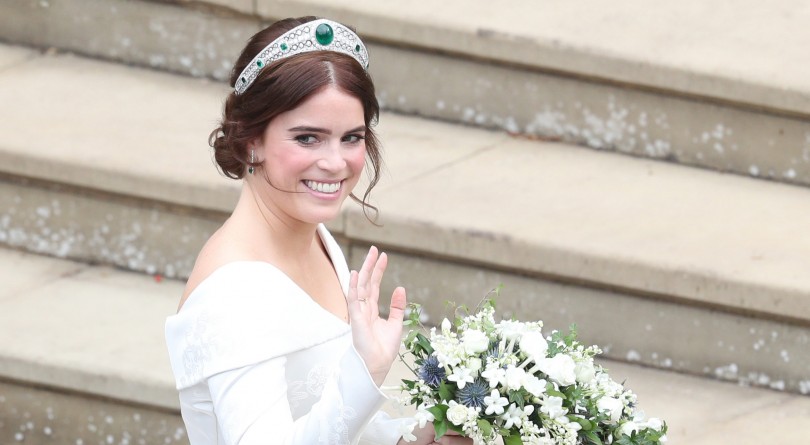 Britain's Princess Eugenie of York waves as she arrives for her wedding to Jack Brooksbank at St George's Chapel, Windsor Castle, in Windsor, on October 12, 2018. (Andrew Matthews/AFP/Getty Images)

What else is hidden in Queen Elizabeth II’s jewellery vault?

That’s the question after a long-hidden tiara made a surprise appearance on the head of her granddaughter, Princess Eugenie at her wedding to Jack Brooksbank. The diamond, emerald and platinum tiara hadn’t been seen in public for nearly a century, and had, as far as royal watchers know, never been photographed on a royal head. Until now.

It’s part of the Greville treasure trove, a legendary collection of jewellery. On March 27, 1942, in the depths of the Second World War, Margaret Greville made her last will. The fabulously wealthy society hostess had inherited a fortune from her father, a brewer. Now, as a childless widow nearing the end of her life, she was ready to give away her possessions. She donated her home, Polesden Lacey, to the National Trust. Her chauffeur, Sidney Smith, got “all my motor cars with accessories” and “an annuity of two hundred pounds per annum.” The 12-year-old Princess Margaret got 20,000 pounds. And for Her Majesty Queen Elizabeth (later the Queen Mother) she bequeathed “with my loving thoughts all my jewels and jewellery” except for a few specific legacies. After the Queen Mother’s death in 2002, the Greville treasures were inherited by her daughter, the present monarch.

For Eugenie’s wedding day, the Queen loaned her granddaughter the Greville emerald kokoshnik tiara. It is made up of brilliant and rose-cut diamonds that are pavé set in platinum. The delicate weave of the tiara highlights six emeralds that are inset to each side, with a massive stone in the centre. It was made by Boucheron in 1919 and was designed in the “kokoshnik” style that was popularized by the headpieces worn in the Russian imperial court. The Queen has her own kokoshnik-style tiara, made of spikes of diamonds.

While the emerald tiara was an unconfirmed royal tiara until Eugenie’s wedding day, parts of the Greville collection have been seen before. They include:

The question remains: what other glorious pieces of jewellery are lurking in the depths of royal vaults? After all, the diamond tiara worn by Meghan Markle for her May marriage to Prince Harry hadn’t been seen since the 1930s. Royal jewellery fans hope the next up is the sapphire bandeau tiara, once owned by Russian Empress Marie Feodorovna and last worn by Princess Margaret in the 1950s.

Or perhaps — dare we dream? — the Strathmore floral tiara given to the Queen Mother’s family on her own wedding day in 1923. Only time will tell. 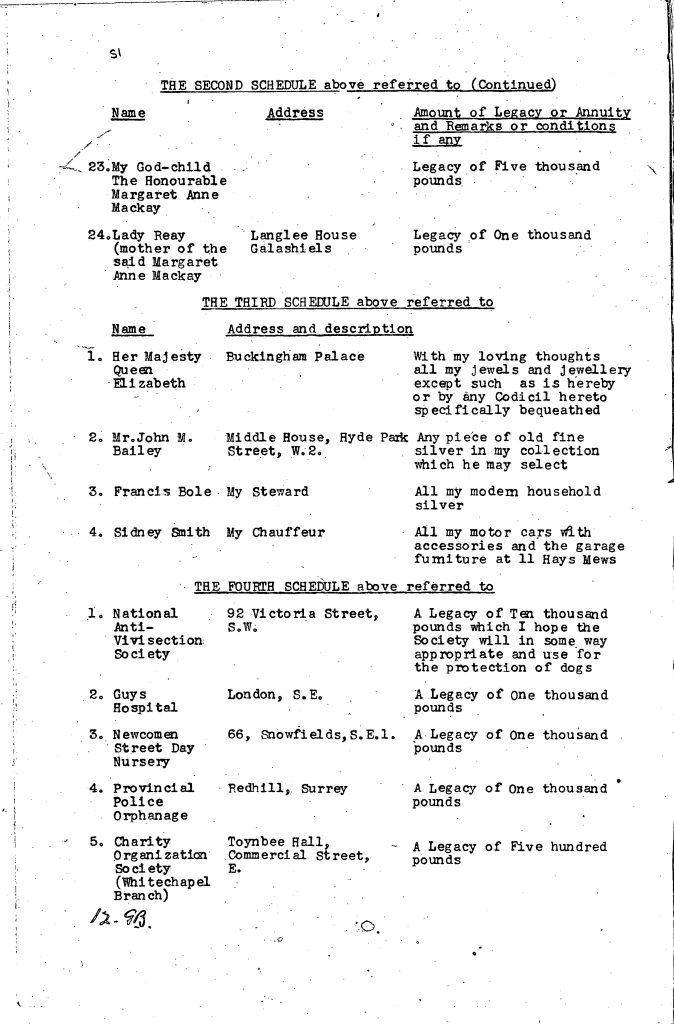 The jewellery bequest to Queen Elizabeth the Queen Mother is in the “Third Schedule” of Mrs. Greville’s will, made in 1942 (photo courtesy Write Royalty Inc.)