The monarch refuses to take it easy in her twilight years, continuing to shoulder a heavy load for the royal family—and doing so without her husband, too 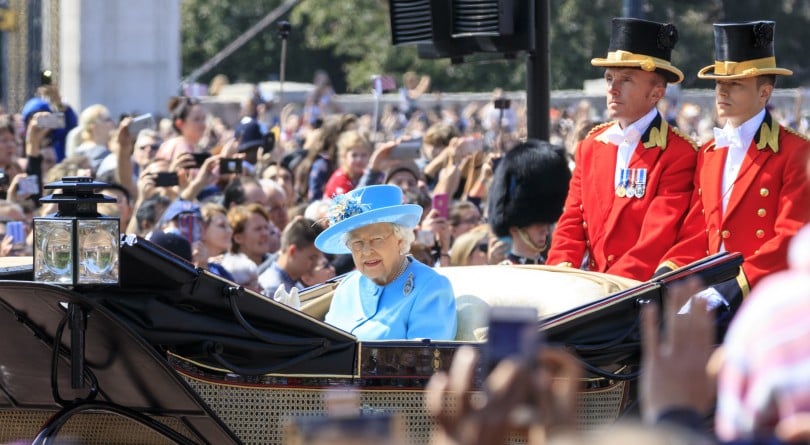 Queen Elizabeth II is 92 years old, and she has been on the throne for 66 years. And she just won’t slow down.

On July 2, she kept working at the only job she’s ever had, kicking off her annual week of engagements in Edinburgh. Based at the Palace of Holyroodhouse, each day involves a series of quintessentially regal events: a military parade, a garden party, an investiture, a religious service for an order of chivalry. And while the long-term work trend for the Queen remains understandably downward—a decline of 18 per cent in the last five years—the uptick in her workload this year shows that she is refusing to go quietly into that twilight of old age.

Indeed, even though she’s 27 years past the usual age of retirement, Elizabeth II is actually increasing her workload. In the first six months of this year, she undertook 13 per cent more engagements than 2017. She’s currently in fifth-place as the hardest working royal, ahead of her 30-something grandsons, William and Harry. She’s also on track to improve on last year’s tally of nearly 300 engagements. 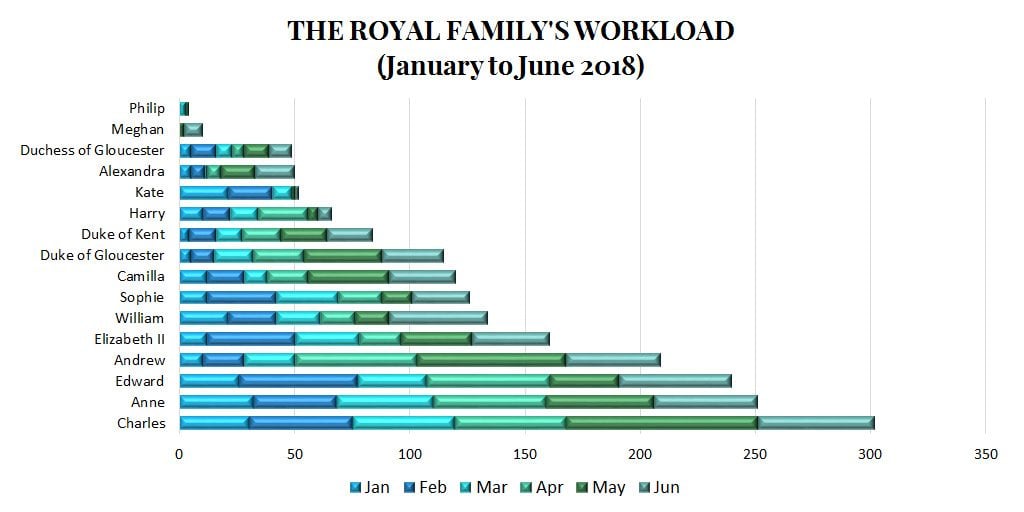 She’ll be doing this additional work largely singlehandedly, too. For years, her husband, Philip, was often by her side, but amid a number of health concerns, the 97-year-old prince is firmly ensconced in retirement, leaving his wife to soldier on alone. Sometimes, she cuts a lonely figure; she sat by herself in a royal carriage at Trooping the Colour, which marks her official birthday, and again a few days later on her way to the Order of the Garter service.

But with Philip largely out of the picture, she is now often seen with other royals, such as when she spent a day laughing with Meghan Markle, the new duchess of Sussex, during a series of engagements in Cheshire. Of all of Queen Elizabeth II’s events beyond palace walls, nearly half were with other royals. 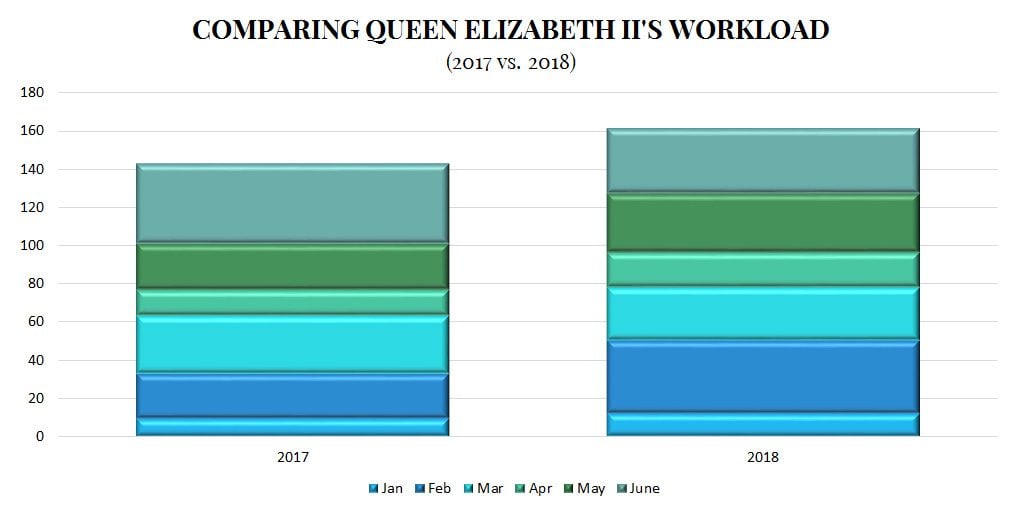 It’s all the more remarkable given that a girl born in 1926, like the Queen, had a life expectancy of just 70 years, and only a 4.2-per-cent chance of surviving to the age of 90. Her stamina is more than just good genes—after all, while her mother lived to 101, her father died at 56. Her mental sharpness and physical fitness is largely because of her lifelong approach to living and work. She eats, drinks and exercises in moderation. Even now, she still rides stolid Fell ponies in the parkland around Windsor Castle. She works virtually every day, plowing through the state papers that arrive on her desk in red leather boxes.

READ: How to keep fit like Queen Elizabeth II 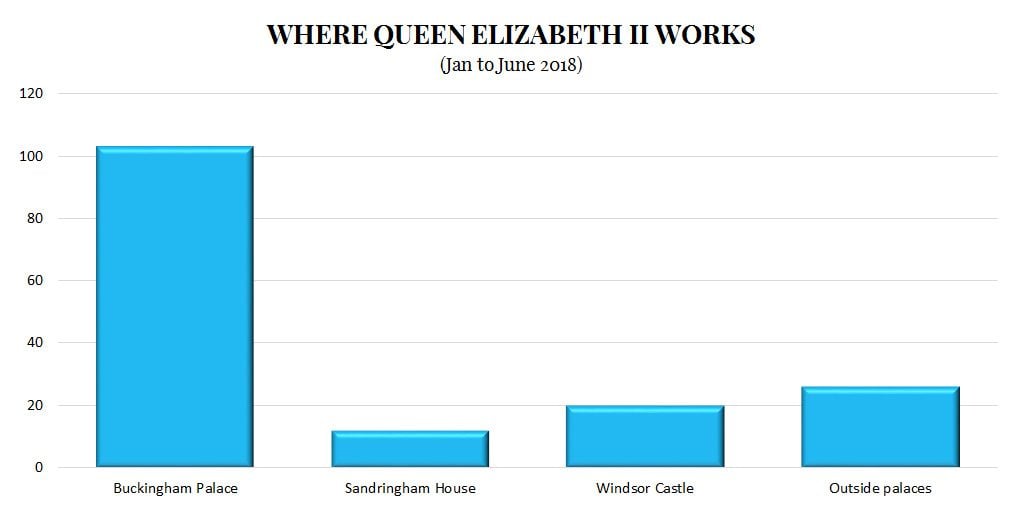 Sometimes the nonagenarian does acknowledge her advancing years. Last week, she cancelled a high-profile engagement marking the bicentennial of the Order of St. Michael and St. George because she was “under the weather” in the middle of a heat wave. But that’s an exception. Indeed, her work ethic is so legendary that a report of any illness is fit to spawn headlines and put newsrooms around the world on full alert, as they were when she cancelled a series of public appearances over the holidays in 2016-17 due to a heavy cold.

When she was 21, she made a simple declaration: “I declare before you all that my whole life whether it be long or short shall be devoted to your service and the service of our great imperial family to which we all belong.” It’s a vow she’s kept for the last seven decades.