Few seem to care about the arrival of Kate and Prince William's third child. But if recent 'extra' royal kids are proof, there will still be scrutiny before long 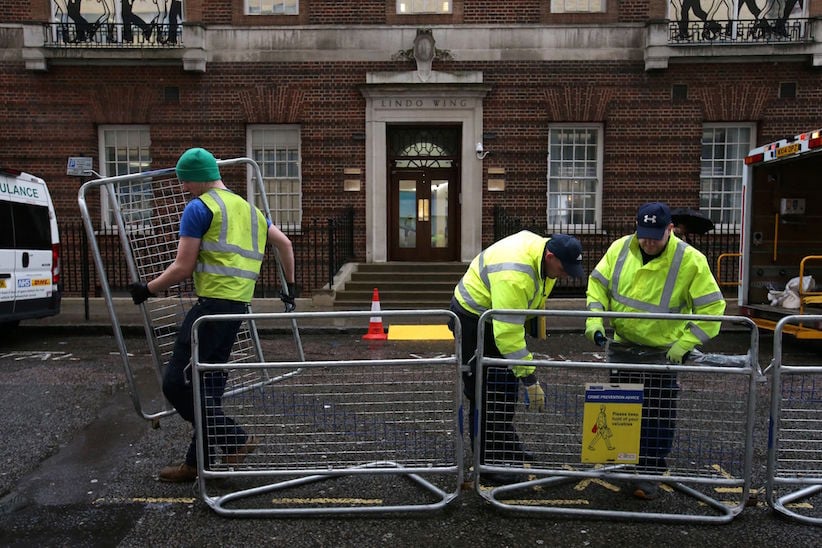 Crowd barriers are erected opposite the private Lindo Wing of St Mary’s Hospital, in central London on April 9, 2018, where Britain’s Catherine, Duchess of Cambridge’s baby, which is due in April, is expected to be born.
(Daniel Leal-Olivas/AFP/Getty Images)

On Apr. 9, parking restrictions were unveiled outside the Lindo Wing of St. Mary’s Hospital in London. The area will be cordoned off until Apr. 30, allowing reporters and photographers to take up their carefully marked positions upon the announcement that Kate, duchess of Cambridge, is inside the hospital giving birth to her third child.

Five years ago, ahead of the arrival of Prince George—the first child of Kate and Prince William—this represented major news, with every snippet of information from that parking lot garnering headlines around the world. There was even still a hum three years ago, before Princess Charlotte—the couple’s second child—was born.

While George is a future monarch—the heir—and Charlotte is the just-in-case spare, this newest member of the House of Windsor will be the spare to the spare.

Any child born well down the birth order in a family knows the reason for the sharply different reaction: The rapturous shine that envelops the arrival of baby one and two is tarnished and pitted by the time the third baby arrives. Parents and relatives know what to expect, and how to react. They are also already sleep-deprived and busy with their older kids. The younger children get less attention, fewer snaps documenting their every smile or step, more hand-me-down clothes and toys. (I speak from the experience of being a fourth child. Love abounded at home, but photos of my childhood? Not so much.)

Before that, a short but necessary dive into royal gender rules: Until recently, the concept of male primogeniture governed the line of succession. That meant that boys outranked girls, all other things being equal. So if a royal (Queen Elizabeth II) has four children—boy (Charles), then girl (Anne), boy (Andrew), boy (Edward)—then the two younger boys (and their children and grandchildren etc.) placed before their older sister (and her family) in the line to the throne. So while Queen Elizabeth II’s third chronological child is Andrew, her “spare of a spare” when it comes to line of succession is Edward.

That confusion was eliminated in 2013, when the rules were streamlined. The Succession to the Crown Act declared that absolute primogeniture ruled, with birth determining a royal’s place in the line to the throne (applying to royals born after Oct. 28, 2011). So Charlotte will always be ahead of her younger sibling, even if the new baby is a boy. 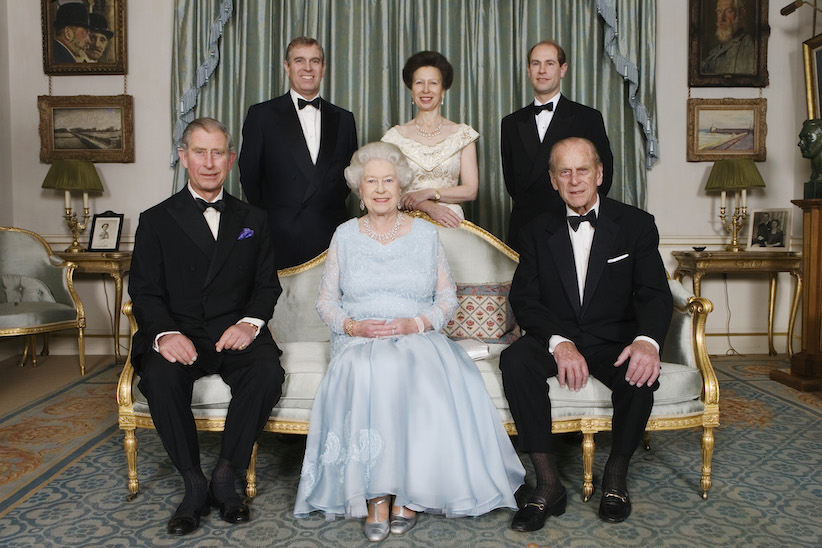 HM The Queen and HRH The Duke of Edinburgh are joined at Clarence House by, left to right: Prince Charles, Prince Andrew, Princess Anne, and Prince Edward, on Nov. 18, 2007. (Tim Graham/Getty Images)

And that brings us back to the most recent “extra” royal children: Andrew and Edward, the third and fourth kids of Queen Elizabeth II and Prince Philip. The freedom of knowing the throne was unlikely to be in their future allowed them to pursue their own careers, and the luxury to change their minds. Andrew was an officer in the Royal Navy for more than two decades; during the Falklands War in 1982, he piloted Sea King helicopters that served as decoys for deadly Exocet missiles fired by Argentine forces. Edward quit the Royal Marines after deciding a military life wasn’t for him, instead opting for an ultimately unsuccessful career in the entertainment industry. Today, they are some of the busiest full-time royals in the family.

Andrew and Edward also had a luxury not allowed to their big brother Charles: falling for women whose prior love lives and live-in boyfriends weren’t considered impediments to marrying into the House of Windsor. While Andrew’s marriage to Sarah Ferguson flamed out in tabloid scandals, Edward and Sophie will be married 19 years in June.

And most significantly, while their children may enjoy the benefits of being members of the royal family, they are also expected to get regular jobs and support themselves. That has proven problematic for Andrew’s daughters, Beatrice and Eugenie, who can’t escape their royal pedigree as they have “HRH Princess” before their names. The sisters—who will drop to eighth and ninth in line to the throne after the new bundle arrives—have struggled to establish themselves in the private sector. So while they have a shared apartment in St. James’s Palace in London, Beatrice has bounced from job to job, criticized in the tabloids for taking frequent luxury vacations and being a fixture on the celebrity circuit. She’s currently a New York-based business partnership manager at Afiniti, a software firm. Eugenie has been more successful in managing the dual nature of her life; she’s an associate director at an art gallery in London.

Being a working royal comes with a lot of people criticizing your every move. The concern is that businesses will take advantage of their royal connections, and vice versa. For example, Zara Tindall, the untitled daughter of Princess Anne—the Queen’s only daughter—is an Olympic medal-winning equestrian, and she accepts paid endorsements to finance her career. Inevitably, those affiliations, and the attached publicity, attract critics and tabloid stories, such as when she was labelled a “nice little earner” for “exploiting” her status for mega sponsorship deals” including those with Rolex, Range Rover and the Royal Bank of Scotland.

So while the newest member of the royal family will be able to carve out a career without the dynastic responsibilities inherited by big brother George, he or she will grow up knowing that every move, however minor, will be scrutinized. Because not only is great-grandma the Queen, but grandpa Charles will be king, as will papa William and then, eventually, George.

And for that child, that’s hardly something to yawn about. Hopefully he or she enjoys a relatively low-key exit from the Lindo Wing—it may be the last time the child experiences relative anonymity.