The first glimpse of royal babies: On the steps of the Lindo Wing at St. Mary’s

The Lindo Wing of St. Mary’s Hospital in London is a popular place for royal reveals of newborn babies. Scroll through several decades’ worth of photo ops on some of the world’s most famous hospital steps. 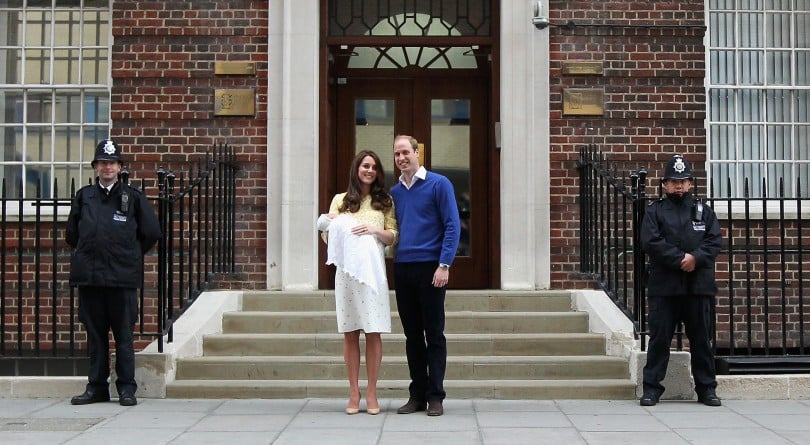 There is a long tradition of royal women giving birth in the Lindo Wing of St. Mary’s Hospital in London. The private hospital is one of the premier maternity centres in the city, and its wooden doors and black iron railings have featured in the first shots of virtually every recent royal baby. The last was Princess Charlotte, who left hospital a few hours after being born on May 2, 2015, in the arms of mum, Kate, duchess of Cambridge. It was left to dad, Prince William, to get her safely into her baby seat for their ride home to Kensington Palace (Chris Jackson/Getty Images) 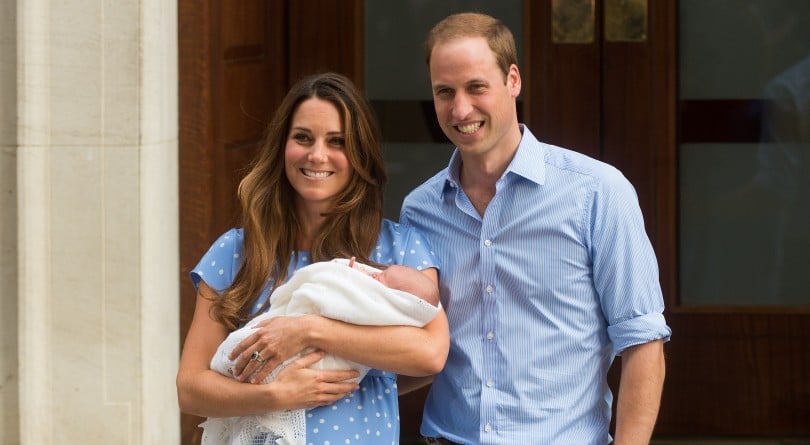 The first glimpse of a future monarch was on the steps of the Lindo Wing. On July 23, 2013, Kate carried Prince George as she and William left the hospital after George arrived the previous day.  (Samir Hussein/WireImage/Getty Images) 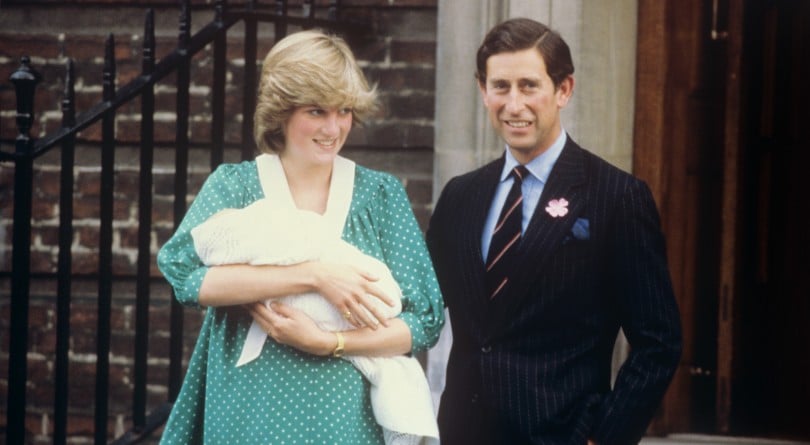 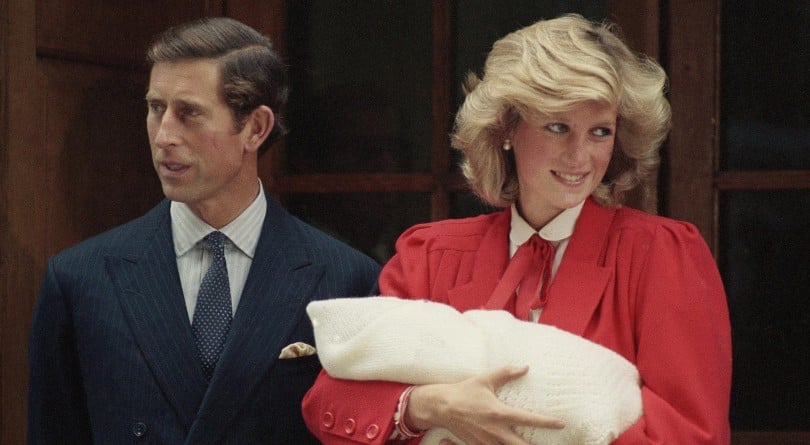 Back in 1984, William’s younger brother, Prince Harry, was born. The difference in Diana is noticeable. She’s a confident, self-assured mother. Also, she upped her styling, making sure her hair was coiffed and her outfit was more flattering for the cameras than that in 1982.  (AP/CP) 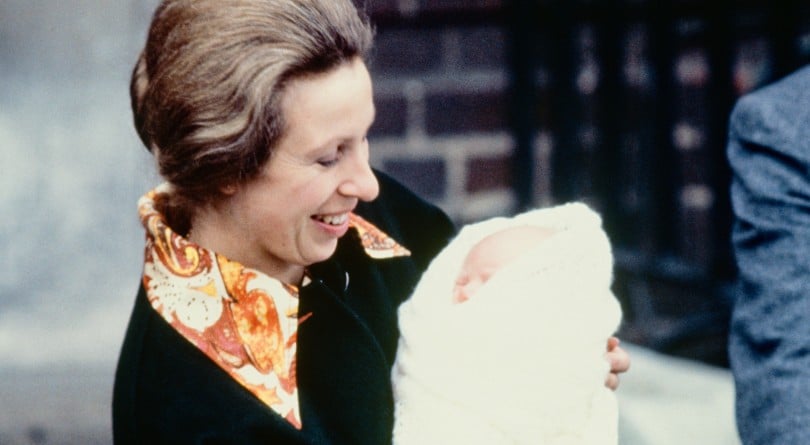 That patterned collar immediately dates this picture to the late 70s or early 80s. It’s also likely still in Princess Anne’s wardrobe, given her frugality in re-wearing and reworking her clothes. The Queen’s only daughter wore the outfit when she left St. Mary’s holding her younger child, Zara in May 1981. Two months later, she wore a form-fitting slim dress to the wedding of her brother, Charles, and Lady Diana Spencer. (Fun footnote: she wore the same dress, and hat, to a royal wedding in 2008.) (Keystone/Hulton Archive/Getty Images) 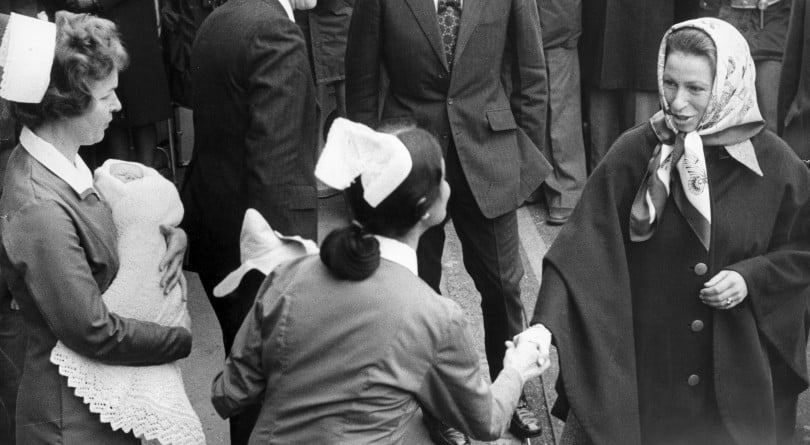 By all accounts, Princess Anne is a devoted mother and grandmother. She just doesn’t always show her affection in front of cameras. Here, she’s thanking staff at St. Mary’s after giving birth to the Queen’s first grandchild, Peter Phillips, in 1977, while Sister Delphine Stephens holds her baby. (Manchester Daily Express/SSPL/Getty Images)