The rehabilitation of Prince Charles's reputation

The future king is gaining a higher and higher profile, with a big trip to the Caribbean this month 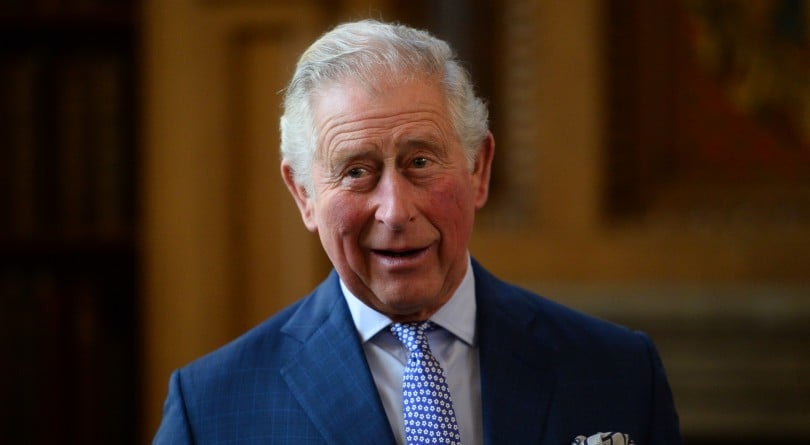 Prince Charles, Prince of Wales, during a visit to Lambeth Palace to present the Cranmer Awards at the Prayer Book Society's thirtieth annual contest on February 21, 2019 in London, England. (Kirsty O'Connor/WPA Pool/Getty Images)

In 2017, the 20th anniversary of the death of Princess Diana spawned a year of unrelentingly negative headlines for her ex-husband, Prince Charles, as every scandal from their tumultuous marriage was being dragged up and dissected with a pro-Diana bent. The reputation of the future king was tossed into the bottom of a mud-encrusted well.

Two years later, Charles’s reputation has been largely rebuilt as he marks the 50th anniversary of his installation as Prince of Wales. On Tuesday his family—wife Camilla, sons William and Harry and their wives Kate and Meghan—joined him at a grand reception hosted by his mother, Queen Elizabeth II, at Buckingham Palace to mark the event. It caps a stretch of good news for the prince as coverage has increasingly focused on Charles as future king. He’s gaining a higher and higher profile as the Queen slowly relinquishes many of her duties, and seems increasingly happy in his awkward role as heir, waiting for his turn to sit on the throne. Last year, Commonwealth leaders formally announced he will succeed her as the organization’s head.

With the Queen no longer embarking on foreign travel, Charles’s trips are taking on the air of quasi-state visits. On March 17, he and Camilla are off for a big, two-week tour of the Caribbean that involves the first royal trip to Cuba. The focus is visiting Commonwealth member nations devastated by last year’s hurricanes Irma and Maria. Charles went there in November to see the impact of the damage on the people, saying it was “painful beyond words to see the devastation.” On Barbuda, only around 100 of the 1,700 residents were still on the island. Though the March tour’s detailed itinerary hasn’t been released, Charles and Camilla’s tours are famously packed with events from morning to night, a sharp contrast to the slower-paced foreign visits by the younger generation of royals.

The Caribbean tour will generate more positive media coverage. It wasn’t always like this. For years, Charles was mocked for talking to plants and denounced for calling an example of modern architecture a “monstrous carbuncle.” Now, many of his causes and ideas are mainstream. Yet he keeps pushing, looking for new ways to use his privileged position to help. While many know of his promotion of organic farming, sustainability and youth opportunity, some causes are less well-known, such as his advocacy of “old-fashioned” arts education programs, which has largely flown under the radar.

Charles has always been interested in the arts. He is a skilled amateur watercolourist; his works are regularly sold to raise funds for his charities. In 2016, the Guardian totted up the sums: the sales had raised more than $3.5 million since 1992. Last summer, the exhibition at the public opening of Buckingham Palace was “Prince & Patron,” a dazzling display of works of art selected personally by Charles for his 70th birthday. Also featured were educational and artistic charities that Charles created and promotes, including Turquoise Mountain, which trains traditional artisans in Afghanistan. His daughter-in-law, Meghan, wore a gold cuff and other jewelry made by those artisans to the British Fashion Awards.

He believes that the arts he loves so much should be open to all. “If we can help to foster a love of the arts in young people’s souls, we will have given one of the greatest gifts of all—for it is this wonder and appreciation, in my view, that makes us truly human,” he said. His Royal Drawing School runs more than 250 courses for children, adults and teachers that range from introductory lessons to postgraduate programs. The courses are heavily subsidized, and the school has scholarships and other financial aids so they are “making them accessible to all, regardless of background or circumstances.”

Another of his royal arts charities, Children & the Arts, was inspired during a 2000 engagement when he saw an educator teaching Romeo and Juliet to students who didn’t have the opportunity to see it performed live. The endeavour not only makes sure children visit theatres and museums but also gets them involved in creative workshops.

His status as Prince of Wales means he can rope famous advocates into his causes. Last September, he got Benedict Cumberbatch, Andrew Lloyd Webber and some 200 other arts proponents to gather in London for a campaign to promote the arts in schools. Not only does he want to develop “the real potential and skills that lie in so many people that are so often undiscovered and unreleased,” but Charles believes studying the arts is “very good discipline. It makes you look, and I think half the problem nowadays is that not enough people are encouraged to observe and really look.” He also wants to protect a valuable economic sector: the creative industry contributes up to $35 billion to the British economy yet its future is under threat as arts education budgets are cut and the number of students involved in the arts declines.

At the end of the event, the participants signed a statement: “We believe that every child should have access during their time in school to the benefits that arts and culture bring. If we care about social mobility, well-being and personal fulfillment—and if we want our creative industries to continue to flourish—every child must have a creative, arts-rich education.”

Prince Charles may be a royal who grew in palaces and castles and who had his entire life mapped out before his birth but, if his 50 years of public service are any indication, he knows a good cause when he sees it, and he has been relentless in promoting the arts in education. The payoffs can be huge. His Prince’s Trust started Idris Elba’s acting career when it gave him a $2,600 grant so he could go to the National Youth Music Theatre. Perhaps a future Lucian Freud, or his teacher, is in one of those royal arts classes.