Will and Kate's monarchy: Casual, private and just a bit bland

As William and Kate assume more duties, we get a glimpse of the future monarchy 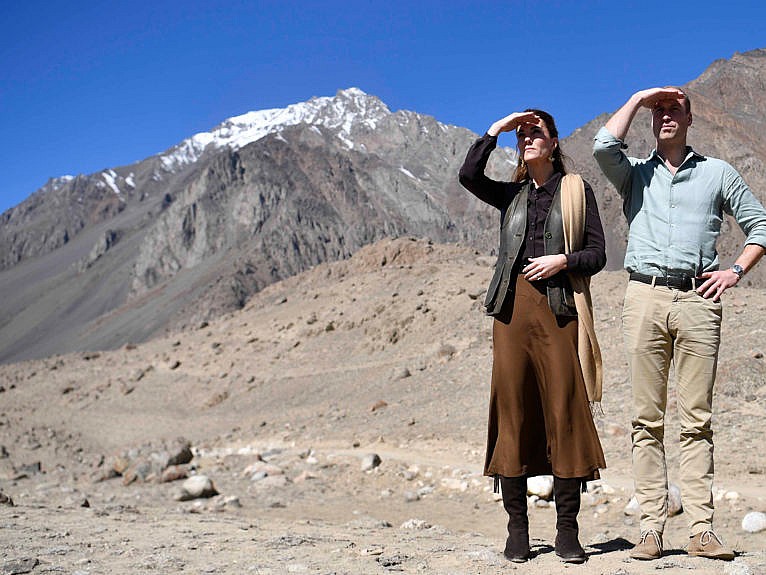 The Cambridges visit Pakistan’s Chiatibo glacier in 2019; the couple has made conservation and climate change an important part of their roles (Neil Hall/Getty Images)

The destiny of the elder son of the heir to the throne was set from birth. His Royal Highness Prince William Arthur Philip Louis, Duke of Cambridge, Earl of Strathearn, Baron Carrickfergus, was born on June 21, 1982. He will be the 42nd monarch in a line that dates back to William the Conqueror in 1066.

But first, he will be king-in-waiting. That role still officially belongs to his father, Prince Charles, but both have, increasingly, been assuming duties assigned to their titles-to-be. It isn’t a power grab: the Megxit crisis—when Prince Harry and his wife, Meghan, decamped to California—“brought the Queen and her son and grandson very much together and focused their minds on what they would do,” explains royal biographer Penny Junor. “They are working in unison.”

With Queen Elizabeth II, 94, already reducing her workload and ensconced in a COVID-19 protective bubble, the two heirs to the throne and their wives, Camilla and Kate, have found themselves the leading players on the royal stage. Prince Charles, 72, has undertaken more quasi-regal duties in recent years, such as laying his mother’s wreath at the Cenotaph on Remembrance Sunday and undertaking headline-making foreign tours—including an official visit to Israel early in 2020, the first by the heir to the British throne. William, 38, has upped his responsibilities this year, launching a major environmental prize, meeting with the Ukrainian president at Buckingham Palace, buoying spirits of front-line workers during the pandemic, and giving the world a taste of how he will make his own mark in the role long held by his father.

Also in 2021, as we see more of the “changing of the guard” in the House of Windsor, we will have an early picture of the future monarchy—more relaxed than it is now, but as private as ever. Given their relative ages, it’s William who will likely make a more significant mark, while Charles’s greatest legacy will be revolutionizing the job he’s had for more than 50 years: Prince of Wales.

That position has no specific requirements beyond waiting until the sovereign dies. But while previous heirs whiled away the time hunting and collecting stamps, Prince Charles transformed the role by embarking on an ambitious agenda, creating the Prince’s Trust (which has helped more than a million young people access education, training and jobs) and diving into myriad causes such as reviving traditional crafts in Afghanistan. Charles’s vocal promotion of now-popular environmental causes earned him years of “ridicule and abuse,” as he recalled in a documentary last year: he was 22 when he first spoke in 1970 about the problem of plastic waste in the oceans; in 1986, at a time when industrialized farming and cheap food dominated, he started switching his own agricultural lands to using organic methods. Six years later, he started a line of organic foods.

As heir, Charles can voice strong opinions on hot-button topics such as youth unemployment, the environment and even modern architecture. “If it’s meddling to worry about the inner cities as I did 40 years ago and what was happening or not happening there . . . if that’s meddling, I’m very proud of it,” he said in 2018. When asked whether he’d continue to voice those opinions when his role is upgraded to politically neutral monarch, he replied: “I’m not that stupid.”

READ: Queen Elizabeth and Prince Charles should be the only ‘royals’ around here

Meanwhile, as William begins to play a more prominent role in his family’s firm, he has taken up some of the same causes as his father. In particular, the two princes have a shared love for the natural world, sustainability and the future of the planet. Conservation—especially stopping the illegal wildlife trade from wiping out species—is a major cause for William, who said in a recent documentary, Prince William: A Planet for Us All: “I am not willing to look my children in the eye and say that we were the generation that let this happen.”

William also recently announced his newest and potentially most groundbreaking project, the Earthshot Prize. The prince was inspired by the technology created by president John F. Kennedy’s mission to put a man on the moon by the end of the 1960s. In a TED Talk about the competition, William explained that mankind needs earthshots that “harness that same spirit of human ingenuity and purpose and turn it with laser-sharp focus and urgency on the most pressing challenge we have ever faced—repairing our planet.” Starting in 2021, five $1.7-million prizes will be handed out annually for the next decade for solutions to our environmental problems.

In addition to sharing an affinity for environmental causes, William and Charles have similar personality traits. They can both be self-deprecating in public and able to laugh at themselves. When celebrating his 70th birthday, Charles quipped that aging is “rather like indigestion—many happy returns are not quite the same thing as you get older,” while his balding son once apologized to a hairdresser, saying, “I can’t give you much business.”

But they are also stubborn men, sometimes overly confident in their abilities and causes; Charles has expressed his bafflement that farmers are slow to switch to organic agriculture, while William has used his charm to bluff his way through royal engagements, rather than reading dry briefing documents. And they didn’t always understand each other’s perspective, or choices. “William found his father a bit eccentric,” says Junor. Still, as the son matured, married and had children, he became more like his father than anyone could have imagined. He even has a similar receding hairline. 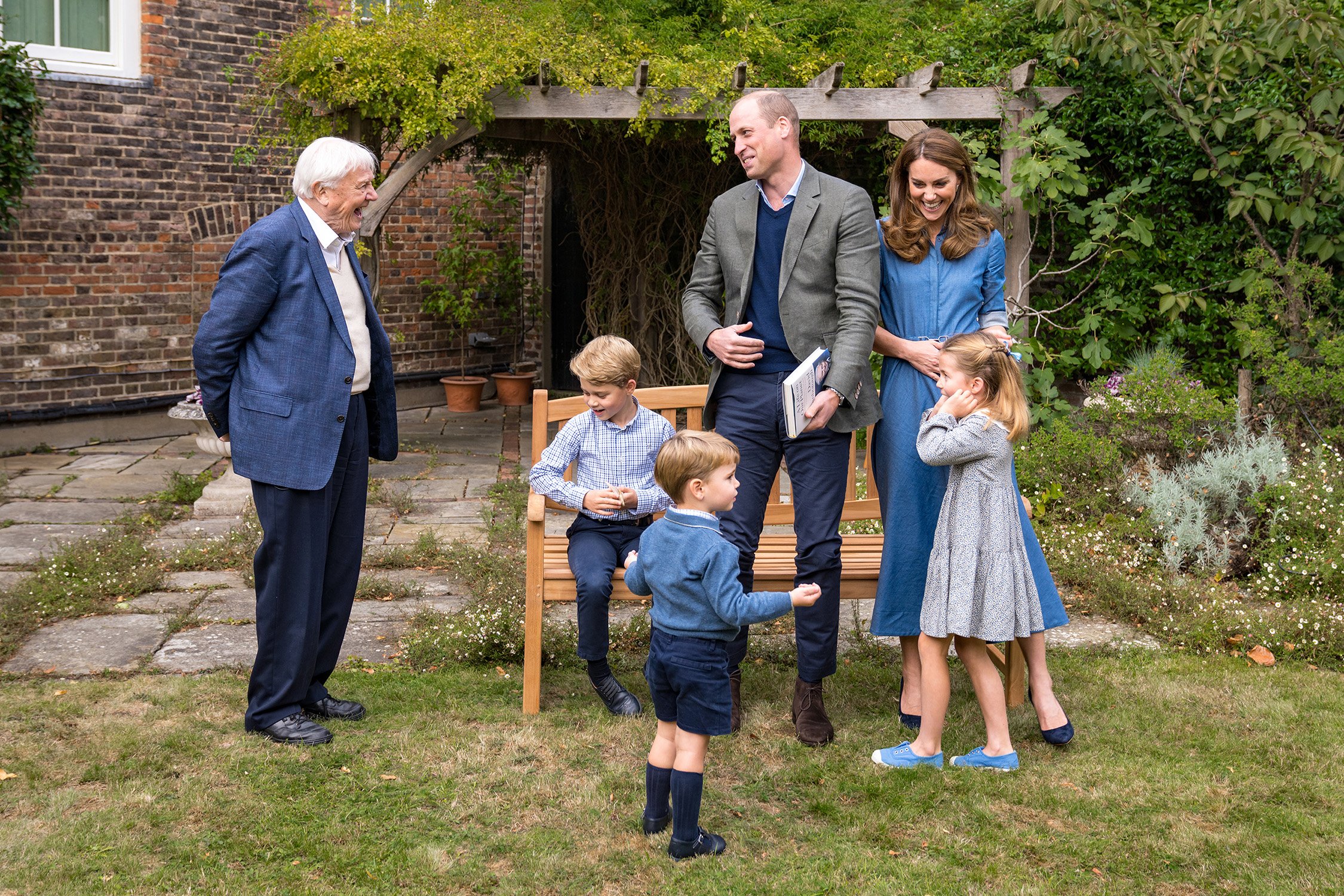 The Cambridges are intensely private, and glimpses of their children, like these photos taken of a meeting with Sir David Attenborough (left), spark delight in the public when shared (Kensington Palace/Getty Images)

Of course, there are differences between father and son. William is “far much more cautious” than Charles, Junor says, and “cares more to be in step” with society and its norms. He is of the times, not ahead of them, as Charles has often been. Also, William “is careful not to give away too much of his personality” like the Queen, who is famously reserved, while Charles gave author Jonathan Dimbleby unfettered access to his letters and diaries for a no-holds-barred biography in the midst of his marital troubles in the 1990s. Even the glimpses of royal houses shown on pandemic videos reflect these differences: the backgrounds in Charles and Camilla’s videos showcase overflowing bookcases and desks crowded with knickknacks and family photos, while those of William and Kate usually feature anonymous backgrounds—a closed door here, a white wall there. William’s craving for privacy can also be seen in how he and Charles handled their COVID-19 infections. While Charles made his diagnosis public, his son concealed his own infection, which was so serious that he reportedly “struggled to breathe.”

Prince Charles is expected to slim down the size of the working royal family to its most important members, but beyond this, the senior citizen prince won’t have much time to place his mark on an institution that evolves with slow deliberation. And William will likely expect only subtle changes when his turn comes, à la Elizabeth—such as the professionalization of the royal household in the 1980s and ’90s—rather than revolution behind palace walls.

This conservative approach extends into William’s private life. Both he and Kate are restrained when working, rarely holding hands or showing other signs of affection publicly. Kate even tamps down fashion talk by often wearing versions of the same style of dresses, coats and casualwear, while William’s outfits can best be labelled bland. Like her husband (and perhaps unlike her mother-in-law, Camilla), Kate tends to choose the more careful route in life. She spent years with William before they were married, making sure his future was one that she wanted as well. As she enters her tenth year as a royal, it’s also obvious that she and William’s mother are completely different people: Diana was an emotionally fragile woman who actively competed with her husband to seize the spotlight and acclaim; Kate has a spine of steel practicality and openly supports her husband and his causes.

In the most recent YouGov poll of royal popularity, William is at 80 per cent, behind the perennial No. 1, his grandmother. The public’s love for the prince and his family was evident when William and Kate lowered the towering privacy walls they’ve erected around their young children to release photos and videos of them delivering food to quarantined neighbours, applauding health-care workers, and even asking naturalist Sir David Attenborough questions about animals. Those charming images sparked delight around a world craving good news.

“People take [William] seriously,” says Junor, who has written about both father and son. “He has earned a great deal of respect in the country . . . [William is] not chasing popularity; he’s his own man, doing things his way,” says the author. “I think he comes across as genuine, committed and caring.” And while Junor points out that these are “all qualities that the Prince of Wales has,” William may ultimately be better suited to the job his father has been waiting for his whole life. In an institution built for unity, royals prefer to be more vanilla and less Marmite, Junor explains. That’s the path chosen by the Queen, and the one William is now treading.

This article appears in print in the January 2021 issue of Maclean’s magazine with the headline, “Their (cautious) kingdom come.” Subscribe to the monthly print magazine here.