ACAD: Through the eyes of a student 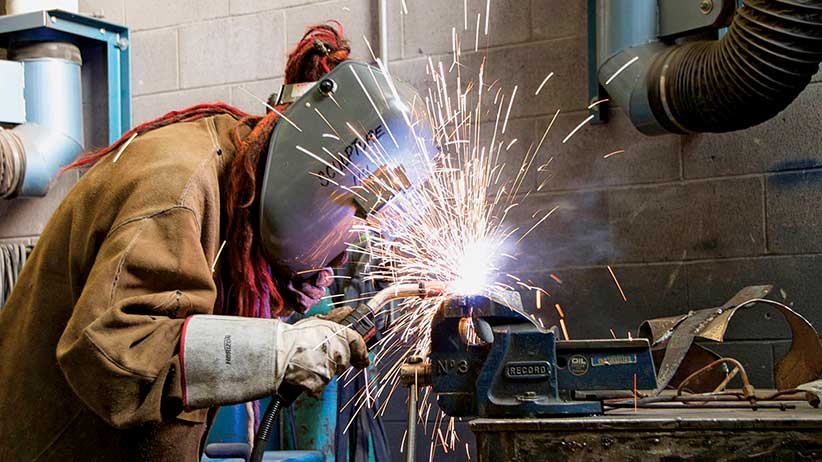 One of the first things I noticed about ACAD was the large bronze statue of Robert the Bruce, King of Scots, standing guard atop his horse just outside the building’s front entrance. Was it a nod to ACAD’s fierce defence of an independent Scotland? Turns out it is indeed a memorial to the Battle of Bannockburn, though the connection to the school fades there. Local philanthropist and Glenbow musuem founder Eric Harvie had two of the statues made, one erected near the field in Stirling, Scotland, where Robert the Bruce prevailed over the English, despite being outnumbered three to one, and the other here, to recognize the link between Scotland and Calgary, which was named after a small town on the Isle of Mull. Still, Robert the Bruce’s indomitable spirit lives on in the unmediated cultural expression inside ACAD’s walls, where I felt immediately embraced by its vitality. As moss and lichen transform rock into a colourful ecosystem, the denizens of ACAD have carved galleries, display areas and lively communal spaces out of the chunky, brutalist structure. In all seriousness, the diversity of talent, interests and backgrounds make your average ACAD student (myself included, I hope), more interesting than lichen. The small student population (around 1,200) and low student-teacher ratio is ideal for the kind of hands-on, studio-based learning the college has espoused for decades. Students have access to a variety of specially equipped work areas, including glass-working and glass-blowing studios, a wood shop, metals shop, printing presses, a darkroom, and a seamless studio for photography.

ACAD, on the North Hill overlooking the Bow River and the city’s skyline, is just a short walk from Kensington, a cultural hub filled with boutiques, cafés, restaurants, pubs and condo/apartment housing. Places to find food in the school (aside from standard cafeteria fare) are nowhere to be found, but a mutually beneficial relationship with the adjoining SAIT campus means several great dining options are just minutes away.

Extras
Thursday evenings are generally “opening nights,” with student art shows taking place in a variety of campus galleries. These are highly social events, and a good chance to unwind after class and connect with fellow artists. ACADSA (the students’ association) backs several fun extras, as well, including a biannual Show and Sale, which creates a city-wide buzz, a regular open-mic night, as well as providing funding for students who wish to create their own groups or clubs. SAIT’s recreational facilities are open to ACAD students, too, so a bit of lunch-break hockey is always an option.

City Vibe
Calgary may be on the brink of a cultural renaissance. Strong artistic communities have begun to form in the Ramsay and Inglewood area, Kensington has developed into a colourful boutique and café district with a slight Bohemian vibe, and international designers and architects have begun to put their own world-class stamps on the inner city (the Peace Bridge and the Bow skyscraper are prime examples).

The Skinny
ACADSA.ca for all school-related info, including a list of student galleries, events and even jobs. 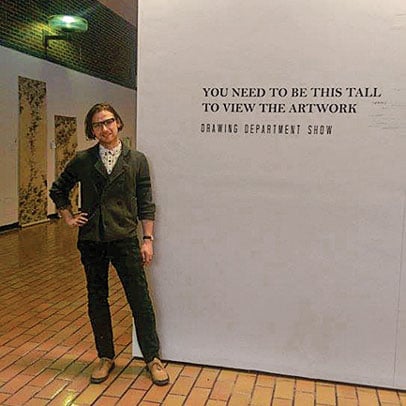 Worst place to study:
Cafeteria (too many distractions)

Most notorious bus route:
The No. 72/73 circle route is the longest