Acadia: Focus on academics and athletics 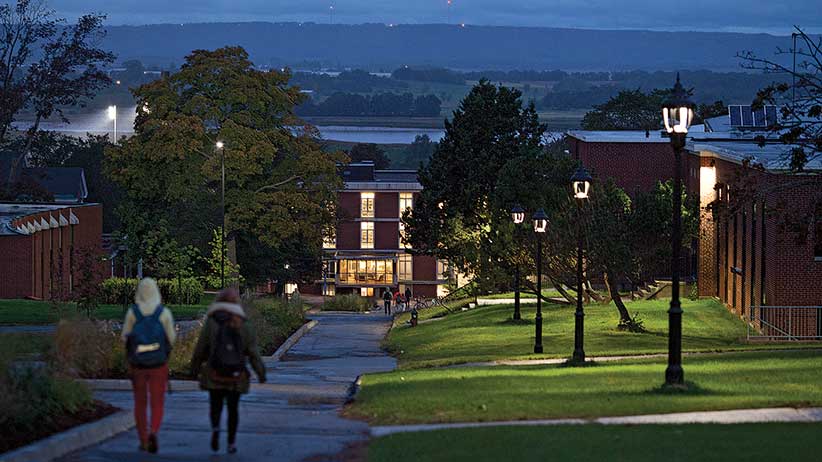 When I made the decision to move from B.C. to Nova Scotia for school, I had concerns. Wolfville is a small town of 3,000 and I’m from a city of 80,000. There would be a four-hour time difference, so communication with home would be difficult. It was expensive—not just flights, but tuition at Acadia is one of the highest in the country. I was certain I would not know a single soul, because who would ever want to travel 3,500 km to go to a school she could barely afford? However, once I arrived in Wolfville and got my first glimpse of the campus, I knew I had made a good choice. Rolling in to War Memorial House (affectionately known as “Barrax”), a few older students— who volunteered to give the frosh a hand, a tradition I have happily participated in every year since—helped me to move in my stuff (one suitcase, two backpacks and three Wal-Mart bags). The idyllic campus was one I had researched extensively online, but actually seeing it made me realize it was possible for Photoshop to fail to make a picture live up to the reality.

Extras
The school endorses clubs of all sorts and is rich in varsity athletes. We punch above our weight, with the highest number of Academic All-Canadians per capita in the country. I can attest to this personally, as I am on the swimming team and a third of the girls achieved this status last year. Do not mistake our smart athletes for poor ones: Most of our teams are in contention for, or have recently won, conference titles. I came here for the education, but I am leaving with a family.

City Vibe
Despite being so small, Acadia is surprisingly diverse, with lots of culture and activities. The farmers’ markets offer a variety of locally grown food and products, although the prices are not student-friendly—unless you ask for “seconds.” These leftovers may be ugly, but they taste delicious, I promise you.
The really neat thing about Wolfville is how it lives and breathes Acadia red and blue. When homecoming arrives, the whole town stops and goes out to support the Axemen. Things like this make the manure days (nobody warned me about all the farms) manageable.

The Skinny
For more on what Wolfville and Acadia have to offer, check out Wolfville.ca. 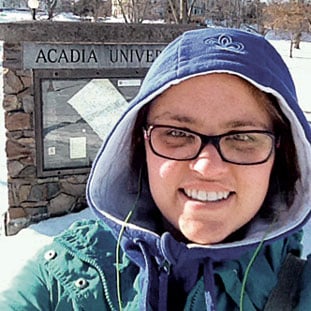 Best place for a nap:
The benches in the Beverage Arts Centre (assuming the heat has been turned on) or the K.C. Irving Centre (a third-floor window seat is a gem)

Perks of living in this town:
You can walk almost anywhere in 15 minutes

Where to live:
Linden Street

Most frustrating bus route:
Any bus route, as the bus may or may not show up—not that you really need a bus, to be honest

Best giveaway:
Free cookies from the chapel at exams