Alberta: A look at a cold but communal campus 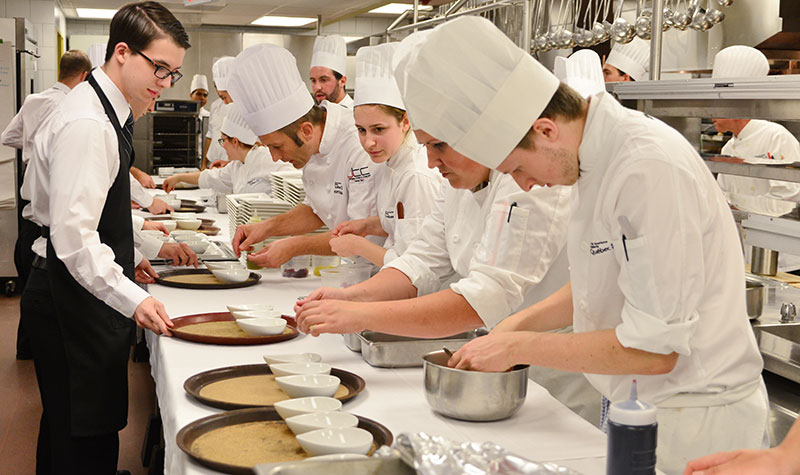 Coming to the University of Alberta was a no-brainer for me. I mean, not that I had much choice. I live about 30 minutes away from campus, so it made sense for me to commute to school instead of transfer to another city and live the “true college experience” that I saw in the movies.

I was surprised, in my first year, to find out that varsity sports don’t gather a ton of hype here, and school spirit tends to shut down after the first dump of snow—which can happen in, like, October. And let’s be real: Edmonton winters suck. Walking to classes in Edmonton winters sucks even more. Luckily, most buildings at the U of A are connected by pedways, and dressing head-to-toe in super-warm (and super-unflattering) clothes is kind of in style.

But it’s easy to defy the cold temperatures, because there’s usually something to do here, whether you’re chilling by the fireplace in the Student Union Building, picking up local produce at the campus farmers’ market or busing down to Whyte Avenue to party your midterm sorrows away. Plus, the U of A has a friendly, active online community, so it’s likely you’ll see a familiar face in class from Twitter or one of the countless Facebook groups.

Keeping an open mind and getting involved definitely pays off at the U of A. It’s easy to overlook the campus as a wintery wasteland, but if you look a little deeper, you’ll have a great time.

Extras
Social justice is a recurring theme for most clubs here, but you have options. The popular Ski and Snowboard Club, for example, hosts notorious parties throughout the season in and around the nearby Rocky Mountains. Into LARP-ing, swing dancing or heavy metal? They have clubs for that, too. But if none of those tickles your fancy, you can always hit the gym for free with your OneCard. And if winter is getting you down, you can fly away to satellite campuses in Cortona, Italy, and Lille, Franc.

City Vibe
The U of A is sandwiched between Edmonton’s two main attractions: the artsy Whyte Avenue district and the heart of downtown, both easily accessible by public transit. The city itself is trying its best to become a flagship Canadian city, and you’ll probably get tired of hearing about it. In the summer, Edmonton turns into a festival city, with a plethora of food, cultural and musical events taking over the streets almost weekly. In the winter, though, the excitement boils down to trying out new restaurants or catching an improv show at the Citadel Theatre.

The Skinny
Check out the AvenueEdmonton.com magazine and blog for the most comprehensive guide to city life, culture, and all things Edmonton.

FILED UNDER: University of Alberta

Perks of living in this town:
West Edmonton Mall; walking around the legislature grounds and the river valley

Where to live:
Strathcona

Most frustrating bus route:
In -30° C, all of them