Brock: The inside scoop on a close-knit campus 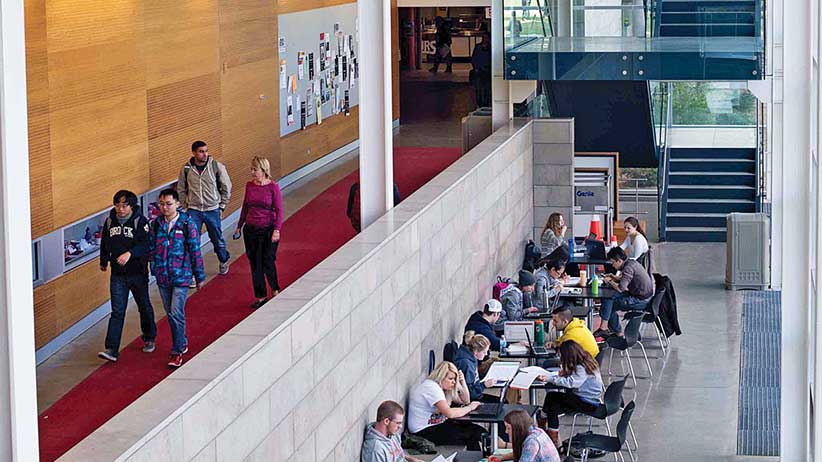 From my first interaction with a representative of Brock to a recent exchange with a professor, I have consistently been shown respect and care from members of the community. One semester, a class ended with all of us, professor included, eating sushi together. That’s how close we had become in just a few months.

Although some faculties are getting larger, there are still classes, clubs and fundraising events where people can easily connect and students don’t feel like they’re just another number. Whether I needed help with my OSAP application or directions to a seminar room, people were always willing to lend a hand. Brock’s school spirit is almost palpable, especially at our homecoming rugby games or at frosh-week concerts, which have been headlined in recent years by big-name DJs such as Avicii and Steve Angello.

While the campus is constantly developing, it maintains beautiful areas of green space that offer a refreshing contrast to St. Catharines’ urban greys and browns. It might sound clichéd, but, while on an early-morning hike along Lake Moodie in first year, I was surpised to come across a herd of wild deer just a stone’s throw from my residence.

Extras
Brock University seems to offer endless opportunities for extracurricular involvement, whether through co-ed intramural sports or one of the many student-union-sponsored clubs. For the fitness fiends, there’s Brock Dance, Running Club and the Playmakers Foundation, which runs charitable events that provide less fortunate children with opportunities to play sports. For those into hip hop, there’s Brock Vocally Twisted, whose members meet up to rap, beat box and present slam poetry. There’s even the United Gamers of Brock, who not only play the latest video games, but also discuss issues in the gaming industry. You can even start you own club and possibly receive funding from the student union.

City Vibe
The downtown features a number of live music venues, where indie and hardcore bands dominate. Indie rockers such as the Arkells and heavier groups such as Protest the Hero tour through the area almost every year. There’s also a thriving electronic music scene inside the many clubs that are only a cab ride from campus.
For those who prefer the outdoors, the Bruce Trail winds through St. Catharines for close to 20 km and cuts into campus.
The Moose and Goose, a favourite student bar, is in nearby Thorold, while nearby Niagara Falls has both the obvious attractions and less obvious events, such as the Winter Festival of Lights. 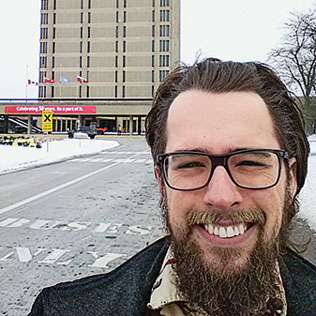 Best place for a nap:
A bench or library chair deep in the Mackenzie Chown complex

Best cheap lunch:
The Fortune Cookie, heaping portions of Chinese food for under $10

Perks of living in this town:
Active music scene; close to the U.S., which is good for shopping trips

Where to live:
Downtown, where you’re within walking distance of nearly everything

Best giveaway:
You can get food, swag and more at the Vendor Fair during O-week

Best live-music venue:
Detour Music Hall showcases local bands and brings in groups such as Said the Whale and IllScarlett

Weirdest tradition:
Loaves of bread thrown into the crowd after every successful three-point shot during basketball games