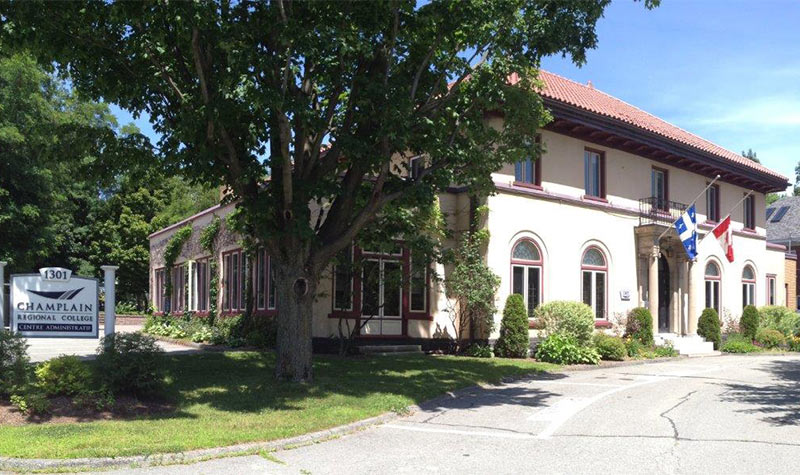 Champlain Regional College takes its name from Samuel de Champlain, an explorer and writer dubbed the “father of New France,” who founded Quebec City in the 17th century. Champlain is one of five English-language CEGEPs (collèges d’enseignement général et professionnel). CEGEPs are a unique type of institution in Quebec. They are publicly funded and serve as an intermediary between secondary and post-secondary education, typically offering pre-university courses, technical career programs and general education courses.

Champlain has three campuses, in Lennoxville, Saint-Lambert, and Saint-Lawrence. Lennoxville shares its campus with Bishop University in a scenic rural environment, while the other two locations have a more urban feel. Each campus offers its own selection of pre-university programs and three-year career programs, in areas like computer science, nursing, tourism, and accounting.