King's: A small school that looks at the big picture 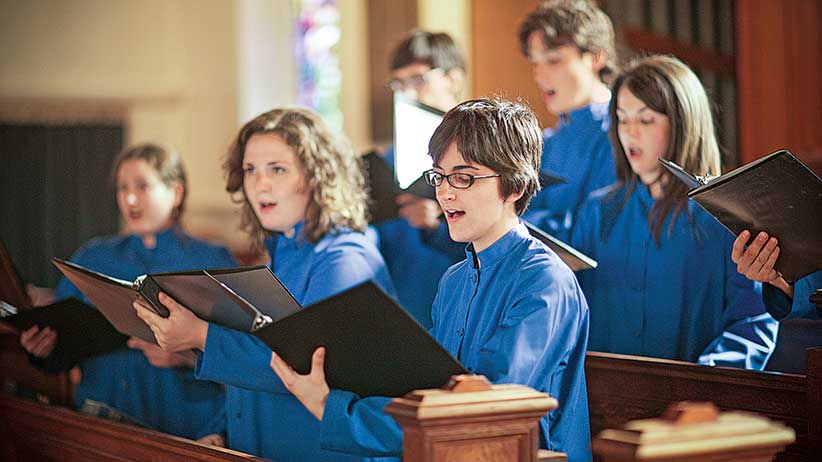 Regardless of what you want to do after university, or whether you have a post-grad plan, a degree from King’s will help you see the bigger picture in whatever you pursue. It’s also, frankly, an exciting place to spend four years.

Within weeks of enrolling in the Foundation Year Program, you’ll debate new friends over which circle of Dante’s hell each of you will end up in.

The texts you read will be the reference points for the rest of your conversations that year. It takes a while to get caught up on the history of Western ideas from the Babylonians until now, but don’t be concerned about wasting time with stale ideas. King’s students are known for being politically engaged and concerned with current events, finding ways to relate their studies to their everyday lives.

Every aspect of the campus—smaller than a football field, almost as if it were specifically designed for the annual April Fool’s water-balloon battle—complements a contemplative lifestyle.

When the King’s library was built in 1989, it was designed in an 18th-century neoclassical style. You will see its antique look and ask, “Why?” Then, by the time you graduate, your mind will also be held up by tall pillars.

Some people are turned off by King’s when they hear of notoriously demanding workloads. Dispel any doubts you may have now by reading some books off the FYP text list.

King’s is known for its ambitious and innovative output. But, beyond the school’s international reputation for excellent academics and its top-rate journalism program, it’s a lighthearted place: full of good humour and thriving off its eccentricities.

When the university recently launched a website to display alumni stories, they titled it: It takes courage. That says it all.

Extras
Convince your parents that a liberal arts education is worth it by reminding them you can also gain transferable skills at King’s. At this university, which may have a smaller enrolment than your high school, there are many possible roles for you: Lead a society, work for the student newspaper, the Watch, or take a part-time job on campus.

A closely knit, open-minded community means you’ll have the resources, support and permission necessary to truly experiment and grow. The week this was written, the King’s Student Union officially acknowledged the Michael Cera Society: Build reality out of your wildest dreams.

City Vibe
Journalism students at King’s are told in their first year to get off campus, go for a walk, find a story. This is great advice. Leave the King’s quad for a stroll through time. As a lively port city for more than 200 years, Halifax has developed a talent for entertaining its transient populations. The numerous co-ops, coffee shops and cozy music venues give this historical city a youthful feel.

Frequent pop-up shops on campus will keep you satisfied for clothing and trinkets. For fresh produce and other groceries, the Halifax Seaport Farmers’ Market is unrivalled.

The Skinny
Follow @KingsWatch and @UNewsca for campus news and @TwitCoast to keep up with the city scene. 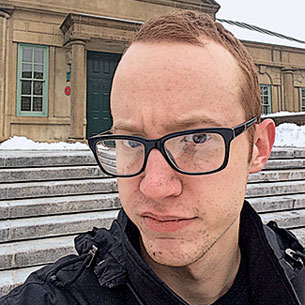 Best place for a nap:
Cubicles in the basement of the King’s library

Best cheap lunch:
Grilled cheese with fries at the Westcliff diner for $3.65

Favourite campus food:
The King’s Galley in the Wardroom

Where to live:
Chebucto Village Luxury Townhouses. The opposite of luxurious, but you can live with about seven friends and pay almost nothing.

Most notorious bus route:
Only take the No. 14 downtown if you are procrastinating on your errands

Best live-music venue:
The gallery space at Plan B