Manitoba: What life is like at the Winnipeg commuter campus 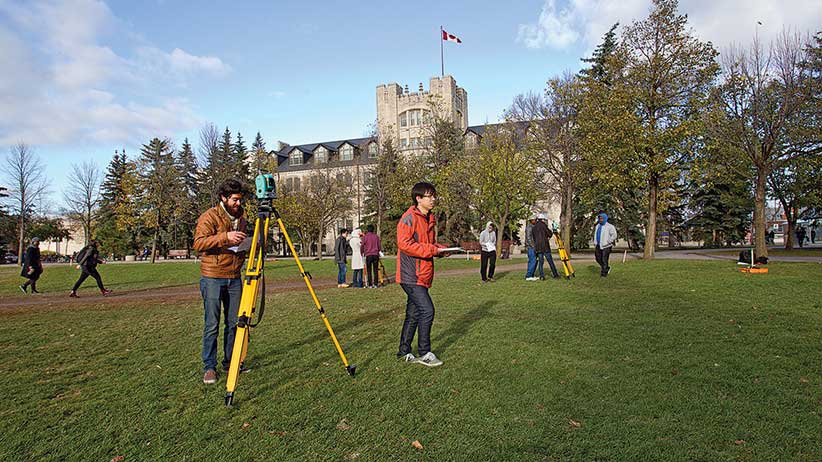 Even though I’ve lived in Winnipeg all my life, starting my academic career at the University of Manitoba was like travelling to a new city. The university’s Fort Garry campus is nestled deep in the south end of the city, far from its core.

The university has a reputation as a commuter campus; the majority of the U of M’s nearly 30,000 students flow in and out from other parts of the city. But even when they pack up and leave, there are always more to be found studying, socializing or wandering around University Centre—the heart of the campus—late into the night.

Because it’s more than a 20-minute walk to the nearest store or restaurant, most students stick to the handful of eateries on campus—which provide a great selection and terrific atmosphere—reinforcing the feel of a city within a city.

Nothing is monolithic here. The U of M has a variety of active subcultures: You will find business students in suits and arts students in sweatpants; people passionate about politics and science; religious student groups; and those with eclectic interests, such as hula-hooping and video gaming. Professional faculties have a major presence on campus, as do international students.

The Fort Garry campus has a burgeoning nightlife. The campus pub, the Hub, run by the student union, has become a hot spot, and its Wednesday Rez nights are popular with students living in residence, who get to move to the front of the line when there’s a queue, as there often is later on a Wednesday.

Extras
Investors Group Field, an open-air stadium on the university campus, opened in 2013. It serves as the home of the Winnipeg Blue Bombers and the University of Manitoba’s football team, the Bisons.

The university is also opening their new $45-million, 100,000-sq.-foot Active Living Centre in February; students who have paid the sport and recreation fee ($75 for full-timers, $56 for part-timers) will have access to its 12-m climbing wall, 200 m of running track and hundreds of weight and cardio machines.

University Centre also houses the Gallery of Student Art (GOSA), a small venue run by the student union, where local arts students display their work and the public is able to view it for free.

City Vibe
For those willing to venture off campus, the city has a lot to offer in the arts scene. Winnipeg has a long tradition of producing amazing musical talent, and local bands like Imaginary Cities, Royal Canoe, the Lytics, and the Noble Thiefs have established names for themselves in and outside of the city. A number of smaller, but equally talented, acts use the city’s venues as a training ground, making it easy to find a great show on any given weekend.

The Skinny
The Winnipeg Arts Council’s billboard has the most extensive list of cultural events in the city: WinnipegArts.ca/Billboard. The U of M’s student newspaper, the Manitoban, also features an extensive arts and culture listing: TheManitoban.com. 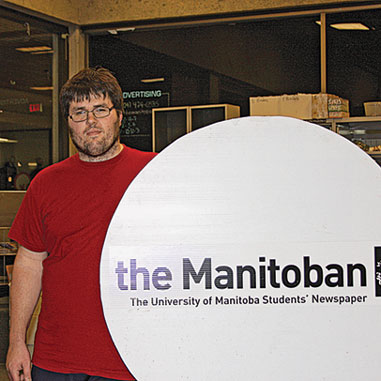 Best place for a nap:
The couches in the University Centre’s student lounge

Favourite watering hole:
The Toad in the Hole pub

Perks of living in this town:
Fantastic music scene

Where to live:
Off of Osborne Street

Most notorious bus route:
No. 160, the rapid transit line

Best giveaway:
Frequent giveaways through the campus radio station, UMFM, and the student newspaper, the Manitoban