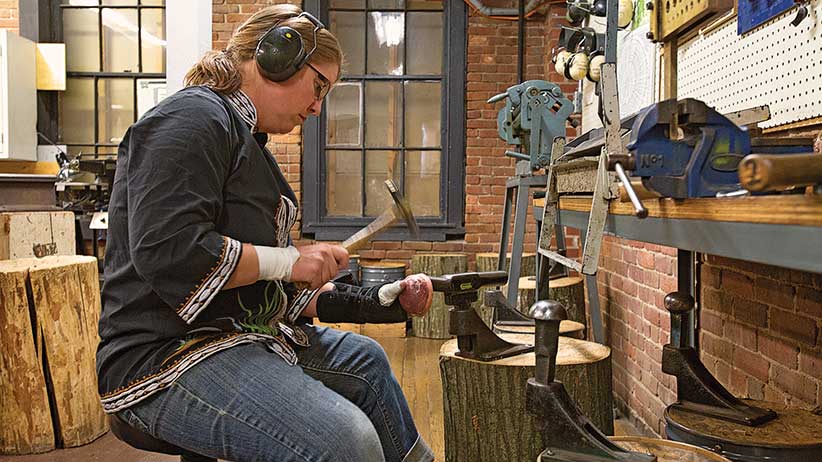 With parents who were both NSCAD alumni as well as faculty, I’ve grown up around NSCAD, but even today, I still discover new spaces in the buildings. A school that supports a diversity of practices—offering not only ceramics and art history but hybrid classes like digital textiles and craft and food—NSCAD University has many faces, and this is reflected in the complexity of its campuses. Formerly a row of Victorian shops, NSCAD’s downtown Fountain Campus is a labyrinth at best. While I found it very difficult to navigate at first, I am now excited by the shortcuts that appear almost every day, or by new art installations that pop up in unexpected places.

At the tail end of the campus is the Anna Leonowens Gallery, named after NSCAD’s founder (a former governess to the king of Siam, she was also the inspiration for the Rodgers and Hammerstein musical The King and I). The small gallery predominantly shows student work and hosts more than 125 shows a year, and its Monday-night openings are a weekly rendezvous for the Halifax arts community. Attending these openings has become a routine of mine, and always begins with pints at a nearby pub with friends, family and my favourite professors.

In keeping with the diversity and unorthodox nature of their campuses, NSCAD students tend to congregate in unorthodox places. Whether working in the studios, chatting with professors over beer in the conveniently adjoining Split Crow pub or rubbing elbows at the student galleries, the makers, writers and activists that make up NSCAD’s community are a tight-knit bunch. And a good thing too—it’s close quarters.

Extras
With a politically engaged student body and an active student union, there are lots of ways to get involved at NSCAD. The queer, feminist and indigenous collectives meet weekly and are always open to new members.

In addition to the Anna, students can also show work in the NSCAD Microgallery, housed in a hole in the wall of one of Fountain Campus’s many stairways.
Want more? Take or swap supplies and clothes at the Love Dumpster, stock up on snacks at the NSCAD Pantry or take a selfie with one of the stone lions at the Fountain Campus entrance.

City Vibe
As the largest city on Canada’s east coast, Halifax has big-city perks with a small-town vibe. With several universities, Halifax houses a large student population, giving the city a youthful energy and active nightlife, helped by the fact that Halifax boasts more bars per capita than any Canadian city. In a bonus related to its size, everything is within walking distance.

The Skinny
Check out TheCoast.ca for local gossip, news and cool events. 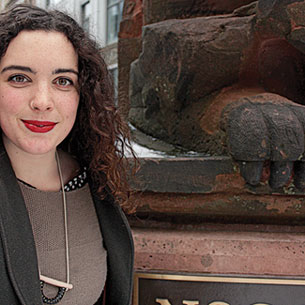 Best place for a nap:
Fountain Campus student lounge, if you’re brave enough to use the communal quilt

Favourite campus food:
Croissants at Two If By Sea Cafe

Perks of living in this town:
Halifax is a great city to walk through, whether it’s along the waterfront boardwalk, through the public gardens or to pizza corner for a late-night slice

Where to live:
North end

Worst place to study:
Halifax Central Library—it can be loud, but it’s still a really lovely place to hang out

Most notorious bus route:
Any bus in the snow. They often get stuck.

Best giveaway:
Free samples of a specialty keg and free pizza on Wednesdays at the Fickle Frog Pub