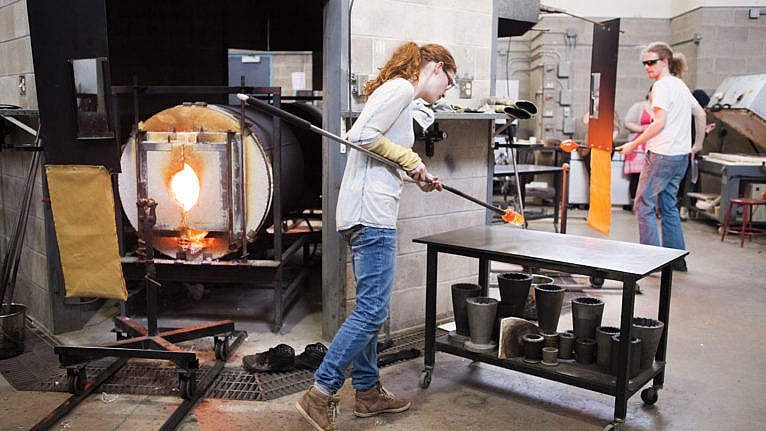 Sheridan College has long been considered one of the best animation schools in the world. It regularly sends graduates to high-profile companies such as Pixar, DreamWorks and Nelvana. Graduates have won Academy Awards, including Domee Shi, who won the 2019 Oscar for Best Animated Short for her directorial debut Bao. Sheridan also offers a diverse range of programs that lead to degrees, diplomas and certificates, as well as trades and apprenticeship training, and continuing education classes. Among its degree programs are an honours bachelor of applied information sciences and a bachelor of creative writing and publishing. The college has three campuses in Mississauga, Brampton and Oakville.

Applied research at Sheridan benefits from specialized facilities. Students can work on mobile computing and wearable devices while focusing on health-care innovation at the Centre for Mobile Innovation, or they can team up with manufacturing partners to develop technology-driven solutions for the industry at the Centre for Advanced Manufacturing and Design Technologies.

Sheridan has other research hubs, including the Canadian Music Theatre Project (the first incubator in Canada for new musicals), the Screen Industries Research and Training Centre at Pinewood Toronto Studios (which specializes in innovative technologies for film and television) and the Centre for Elder Research.