Simon Fraser: An insider look at the burgeoning university 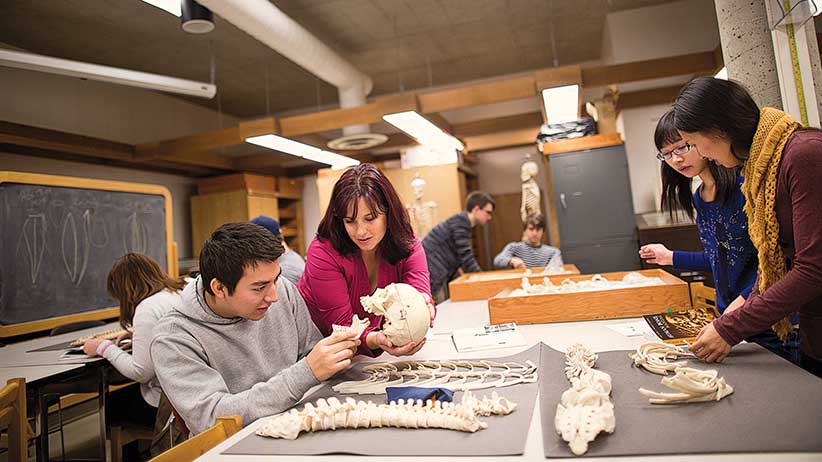 Simon Fraser University’s main campus looms like a concrete goliath atop Burnaby Mountain, accessible only by a winding, ill-kept road. Despite its reputation as a foggy and depressing place with too much concrete, I chose SFU because I wanted to stay in Vancouver and I knew I wasn’t interested in the enormity and impersonality of the University of British Columbia.

Though there is indeed some gloom, I found SFU is also a university coming to life. It’s a campus that’s filling out, slowly expanding, with a new neighbourhood developing on the east side of the mountain, and its satellite campuses in Surrey and Vancouver are flourishing. Even over the few years I’ve been going to the Burnaby campus, a number of new shops and services, such as Starbucks, as well as housing options, have arrived. The only thing missing on the mountain, due to ridiculous local rules, is a liquor store.

Coming up on its 50th anniversary, the self-proclaimed “engaged university” plans to pump hundreds of millions of donated dollars into scholarships and bursaries, research and community programs. Growing pains can be seen in the limited space and amenities of the mountain-bound campus: Study space is sparse and maintenance of deteriorating buildings is inadequate.

Extras
Extracurriculars at SFU can be summed up in two words: recreation and clubs. SFU Recreation is loved for its many programs, including 75 different classes, which range from capoeira to zumba.

For one week every semester, students can try classes for free before committing. SFU also offers plenty of clubs, including a healthy epicentre of activism in a collection of student-led advocacy groups called the Rotunda Groups, and a newborn fraternity and sorority.

City Vibe
One might expect living in Burnaby to feel like living in a suburb. However, likely due to the number of students in the city, the Burnaby Heights area near campus offers a plethora of food and shopping options similar to what you might find in Vancouver.

A soda shop, a famous pasta bar, more Japanese food than you could ever eat, a yoga studio and a liquor store line this stretch. Never far away is Vancouver’s downtown core, with its hip locales along Main Street and Commercial Street, beautiful Stanley Park, with its aquarium, and the booming nightlife of Granville Street.

The Skinny
Check out VanCityBuzz.com for the most comprehensive guide to Vancouver city life, events, culture and news. Best place for a nap:
The couches at the bottom of the Maggie Benston Centre

Best cheap lunch:
Vegetarian soup and a bun for $3.85 at the Ladle

Perks of living in this town:
Slopes in the winter and beaches in the summer

Where to live:
Campus residence towers in first year, Burnaby Heights after that (15 minutes to campus and 30 to downtown)

Best place to study:
The northwest corner of the sixth floor of Bennett library (mountain view)

Most frustrating bus route:
A ride on the No. 145 will be the most cramped 15 minutes of your life