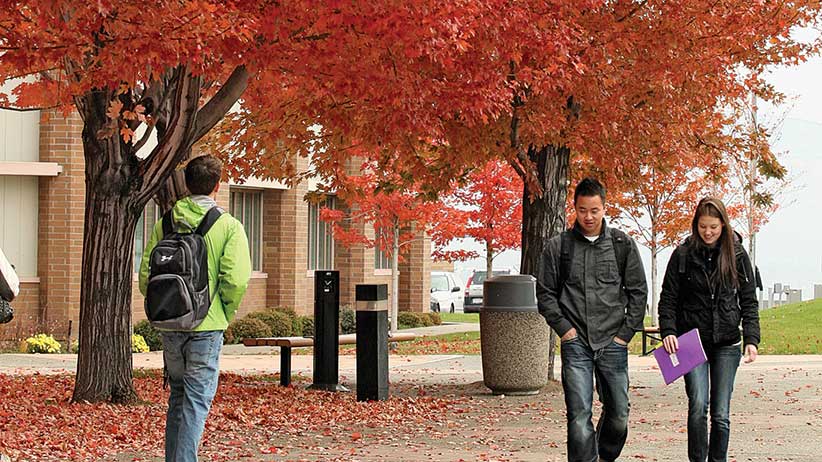 Our motto should be “bigger isn’t always better.” Without sounding totally clichéd, small class sizes are Thompson Rivers University’s greatest feature. The on-campus student head count of about 14,000 means you’ll often rub elbows with the same people. I frequently bump into professors while running errands, at events and even once at a nightclub. It isn’t awkward or tense—on the contrary, they’re genuinely happy to see students. Students won’t drown in a sea of frightened faces and aren’t just student-ID numbers. It’s hard to get lost, even on the first day, because the campus layout is logical and straightforward.

TRU has grown immensely since it became a full-fledged university a decade ago. The architecture is an interesting mix of old and new, from Old Main, which dates to the 1970s—home to Cariboo College, it was recently given a $20-million expansion and now houses the law and MBA schools—to the impressive Brown Family House of Learning, with its four-storey living wall, a living roof and an abundance of windows with plenty of natural light. TRU offers a comfortable atmosphere for higher education in a setting where long-lasting and meaningful relationships can flourish.

Extras
A student’s best friend in the never-ending battle against the “freshman 15” is the recreation department. It is a streamlined machine offering intramural sports, fitness classes and recreational outings. Staying on the fitness beat, the 8,000-sq.-foot Tournament Capital Centre next door to campus has a fantastic gym with a wide array of equipment, programs and facilities; students get a discount on membership, while TRU sports teams play there. For more laid-back recreational options, the student union holds free events such as outdoor film screenings, cultural events, themed parties and a free, student-union-run speaker series called Common Voices that has featured world-renowned activists, writers and journalists such as David Suzuki, Margaret Atwood, Phil Fontaine and Stephen Lewis.

City Vibe
To a newcomer, Kamloops has two seasons: quasi-winter and blistering-hot summer. However, once you get acclimatized to the unrelenting heat, it’s fantastic. Riverside Park provides an escape from the intense UV rays. Music lovers can find all genres of live music downtown, such as underground metal, blues, rock, rap, DJs and country. Victoria Street has a diverse selection of bars, pubs and clubs, all within walking distance. Between the Kamloops Art Gallery, Arnica Artist Run Centre and the visual arts department at TRU, the art scene is inspiring and strong. Kamloops has a small-town feel with most of the amenities of a big city.

The Skinny
Check out Kamloops.ca/events for up-to-date event listings. 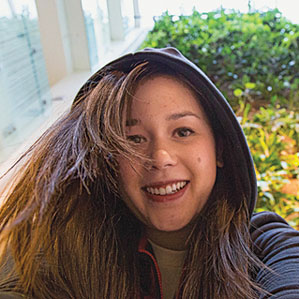 Best place for a nap:
Anywhere and everywhere (thank you, earplugs!)

Perks of living in this town:
Hot summers and, in winter, Sun Peaks ski resort

Where to live:
Downtown Kamloops for the best bars and restos

School motto:
T7etsxemínte re stselxmém (‘To strive ahead,’ in Shuswap)