UBC: The inside scoop 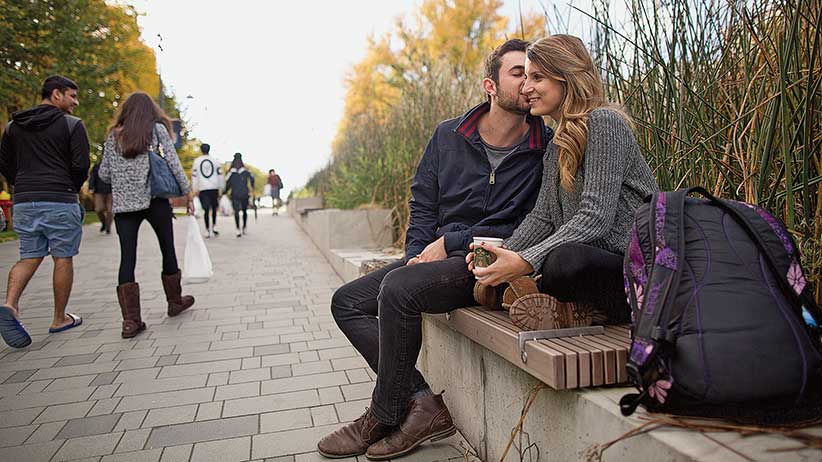 UBC’s campus is basically a city of its own. It has the usual student residences, lecture halls and libraries, but it also has condos, a grocery store, a liquor store, and a museum of anthropology. One of its defining features for the past few years has been construction fences. Pretty soon, all of this construction I’ve been taking detours around will turn into a new student union building, a new aquatic centre and more student residences.

UBC prides itself on being a high-ranking school with a diverse international population and strong reputation as a research-intensive school. You’ll be surrounded by people who all seem smarter than you are. Even with its academic focus, UBC has some of the best sports programs in Canada.

Although a so-called “war on fun” has put a damper on campus concerts and beer gardens, there’s still a vibrant student life if you seek it out—especially through one of the more than 350 clubs on campus. UBC definitely isn’t a party school, but you can find something fun to do just about every night.

While campus can be grey and rainy (roughly four months of the year), the dreariness is only temporary, and the summers are beautiful. The main libraries are always packed, as is the campus gym. With more than 40,000 undergraduate students, many of whom are commuters, campus can seem big and lonely, but there’s a group for just about everyone. If you want to be the small fish in a big pond, UBC is the place for you.

Extras
Some of the most popular clubs are the Ski and Board Club, the Chinese Varsity Club and the Varsity Outdoor Club, but they can get as special-interest as a Game of Thrones club and a sailing club.

UBC is within a few hours’ drive of six mountains for skiing and snowboarding, Whistler being the most popular destination. The West Coast also affords the opportunity for plenty of hiking, climbing, mountain biking, and kayaking.

Wreck beach is just a few minutes (and about 500 stairs) from one of the most popular dorms. In addition to being a clothing-optional beach, it’s also home to plenty of bonfires and parties.

City Vibe
UBC’s campus is its own bubble, but a 45-minute commute will get you downtown. The nightlife is pretty expensive (like everything in Vancouver), and often comes with long lines. Bars in Kitsilano (about a 15-minute bus ride from campus) are popular, cheaper destinations for students.

Vancouver is definitely a West Coast city. If you like yoga, quinoa and recycling, you’ll fit right in. There are more coffee shops and hipster bars than you can count, but, like any large city, you can find pretty much whatever you are looking for.

The Skinny
Check out TheCalendar.ca for a schedule of campus parties, shows and events. 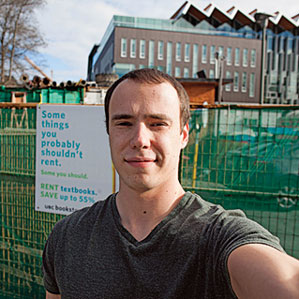 Best place for a nap:
Upper level of the Aquatic Centre, better known as ‘the womb’

Perks of living in this town:
(Mostly) snow-free winters in the city, but access to several mountains for skiing or snowboarding. Beautiful summers.

Where to live:
On campus if you can. Totem Park and Vanier are the main
first-year dorms. Otherwise, a basement suite in Dunbar.

Best place to study:
Irving K. Barber, if you like group work and don’t mind noise. Koerner Library basement if you like to knock out work in a silent dungeon with no phone service.

Most notorious bus routes:
N17 or 99 B-Line after midnight on a Friday or Saturday

Official school motto:
Tuum est (‘It is yours’)