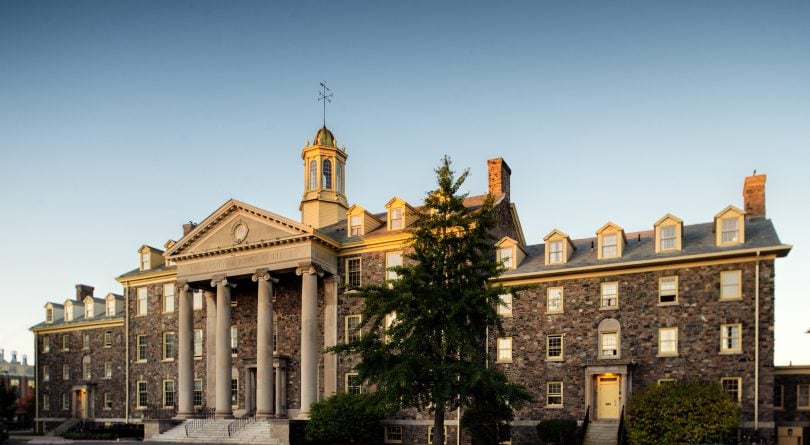 King’s is one of Canada’s oldest and smallest universities, known for its interdisciplinary programs in the humanities and journalism. The campus is nestled on the northwest corner of Dalhousie University, with which it grants joint degrees. Resembling the campuses of Oxford and Cambridge, a central quadrangle is surrounded by an award-winning library, stone residences, a chapel and a gym. Many first-year students enrol in the unique Foundation Year Program to prepare for upper-year courses, where they study the great works of western thought—from Plato to Dante to Beckett—and take part in lectures and small-group tutorials.

“At King’s, your education will transform you and sustain you for a lifetime,” says president William Lahey. “You will learn to discern, create and communicate meaning in a world where change is the only constant.” Another big draw is the school of journalism, which offers a four-year bachelor’s degree, an eight-month program for students who have an earlier degree, a 10-month master of journalism and a two-year limited-residency master of fine arts in creative non-fiction. Extracurriculars include an impressive music scene, a theatrical society, one of the oldest college literary societies in North America and a renowned chapel choir.

READ: An insider’s guide to the best hangover breakfast, place to study and more

Standout Programs
• Foundation Year Program: An intensive study of seminal works from the ancient to contemporary world. The interdisciplinary approach covering philosophy, history, literature, and natural and social sciences provides context for ideas that shape our time.
• History of Science and Technology: Examines the historical, philosophical and sociological context of humans’ encounters with nature. While including historical studies of ancient science and technology, it also wrestles with contemporary concerns, such as bio-politics, the meaning of human nature, the rise of machines, and the interactions between science and religion.
• Bachelor of Journalism: Students learn to conduct independent research, think critically about current affairs and tell stories to a range of audiences; final year includes concentrated workshops and internships.

Cool Courses
• Memory, Politics and Place: Berlin’s 20th Century: This month-long study abroad course in Berlin engages with the dynamics of memory, remembrance and commemoration in the specific context of the catastrophes of Germany’s 20th century (Nazism, the Holocaust, the Cold War).
• Witchcraft in Early Modern Europe: This course studies European history from 1500 to 1800, exploring the contradiction of witch trials and executions coinciding with the rise of modern science and philosophy.