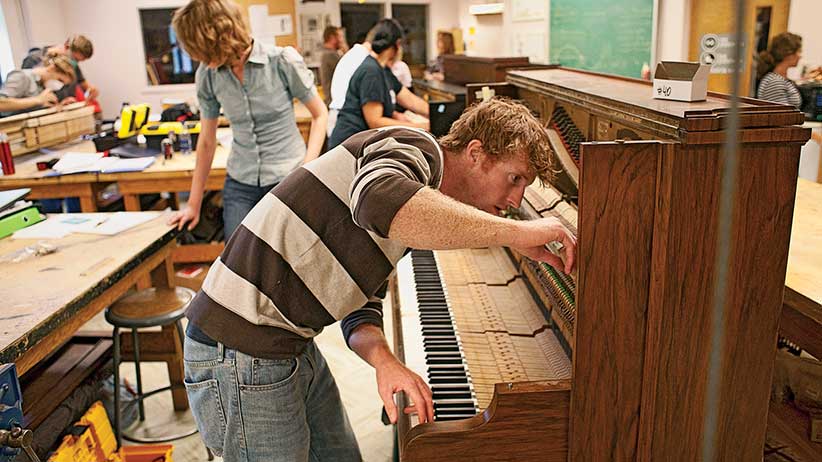 Few things at Western University are as omnipresent as school spirit. Dare to string together the letters “U” and “W” in a public space and be prepared for an onslaught of cheering, purple-faced alumni. Casually mention the Mustangs sport teams at your next local haircut and don’t be surprised if your attendant spends the next 30 minutes regaling you with his or her favourite moments lounging on the iconic University College Hill or under the bleachers of TD Waterhouse Stadium. And if, heaven forbid, you have a parent who attended Western, get ready for a series of nostalgic and often overly detailed stories as you tour through campus. But, as pervasive and intimidating as Western’s spirit may seem, it’s one of the best reasons to attend the school. Maybe it’s the fact that all the campus buildings and residences are so close together. Maybe it’s the vibrant downtown scene catering to students. Or maybe it’s just the fact that purple looks good on everyone. Whatever the reason, more than 30,000 students in 13 different faculties unite under a single banner of pride. This is probably the only school where the cheerleaders get fined for being too spirited. Prospective Western students might be worried that the same sense of community won’t trickle down so fast—I know I was. But take a second to blink and suddenly you’re standing shirtless at a football game with a purple “W” painted on your chest.

Extras
The main student union, the University Students’ Council, recognizes more than 180 organizations and clubs. From a cappella music to yoga, Western has a near-alphabet of opportunities for involvement. A comprehensive orientation program, one of the country’s best, will help you sort through the choices. The word “soph” may not mean much to you now, but, come September, these 600 code-named upper-year students will be your guides through all the academic, athletic and alternative programs that Western has to offer.

City Vibe
Often overshadowed by Western’s identity, London isn’t to be dismissed. Contrary to popular belief, Canada’s “forest city” is actually fairly urban. London’s downtown core is a valuable asset for students and is conveniently close to campus. You would have to get four degrees at Western to stay long enough to eat at all the restaurants along Richmond Row. After the gorging is done, students are often seen jogging along the Thames River that runs through campus, or catching a live performance at one of the city’s many theatres. There is also, of course, an epic bar and club scene.

The Skinny
As Canada’s only daily student newspaper, the Gazette offers a wide range of stories on what’s going on in the London and Western communities—all from a student perspective. Online issues can be found at WesternGazette.ca. 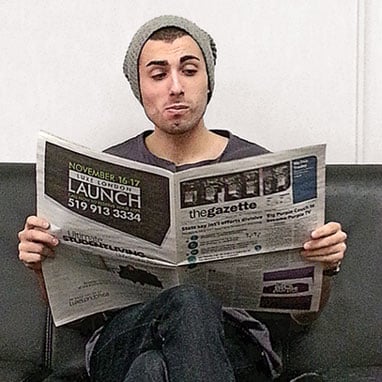 Best place for a nap:
Bean-bag cushions in the University Community Centre

Best hangover breakfast:
The $10 ‘linebacker’ breakfast at Christina’s Pub at the Western gates

Where to live:
Around Richmond and Oxford, which marks the beginning of downtown

Best place to study:
Open classrooms in newly renovated buildings, such as the Physics and Astronomy Building

Most frustrating bus route:
The No. 6, which heads downtown

Unofficial school motto:
‘Watch out for those geese’

Weirdest tradition:
Singing the same five songs with Rick McGhie every Wednesday at the Spoke. He’s been performing there for the past 30 years.

Best spectator sport:
Football. Between the championship cheerleading team and the live horse galloping around the track, it’s worth the show.