10 weird things you can only do in Canada

How about a sour toe cocktail in Dawson City? 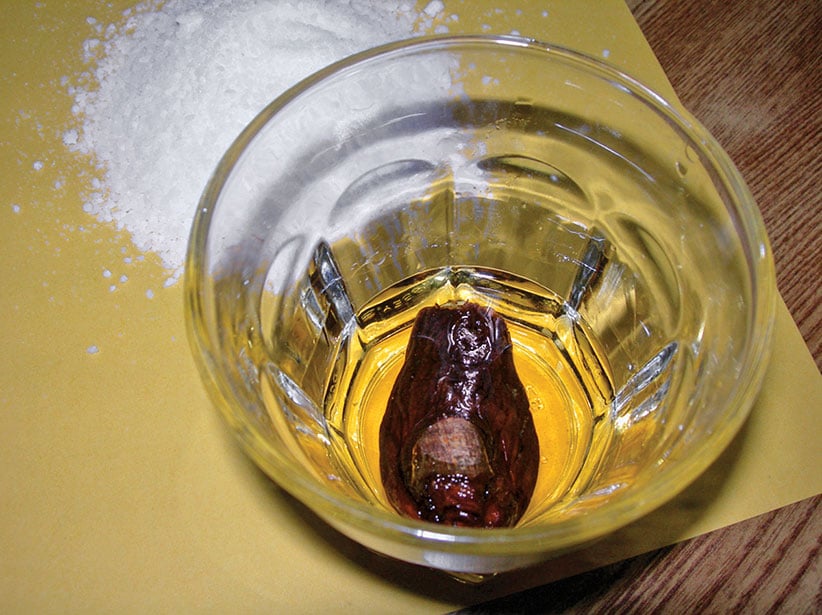 Robin Esrock, author of The Great Canadian Bucket List: One-of-a-Kind Travel Experiences, shares his picks of some unique undertakings across the country:

1. Sour toe cocktail (Dawson City, Yukon): You can drink fermented horse milk in Mongolia or rocket-fuel raki in Albania, but only in Canada can you drink a cocktail served with a human toe. Sixty-thousand people have joined the Sour Toe Cocktail Club. The toes occasionally get swallowed, despite a hefty fine.

2. Snorkel with salmon (Campbell River, B.C.): For a unique view of the Pacific West Coast’s annual salmon run, grab a wetsuit and let the current carry you downriver. You’ll float past tens of thousands of salmon migrating upriver to spawn and die.

3. Fire a gun in a mall (Edmonton): The West Edmonton Mall is the largest on the continent, attracting 30 million visitors a year. It’s also the only mall where you can fire a .44 Magnum, and other weapons, in the Wild West Shooting Centre.

4. Narcisse snake dens (Narcisse, Man.): Each spring, the world’s largest concentration of snakes, up to 150,000 red garters, slither into rock dens for their annual mating ritual. Visitors can pick them up, so long as they’re gentle.

5. Crooked Bush (Hafford, Sask.): Wild aspen forests in the prairies grow straight and tall, unless you visit this mysterious grove, which bend, twist and knot like a Tim Burton movie prop. Blamed on an unexplained genetic mutation.

6. Spend a night in jail (Ottawa): Canada’s hotel options are vast, but only one is a former prison, haunted by ghosts of the condemned. When the Nicholas Street jail closed in the 1970s due to inhumane conditions, it reopened as a backpacker hostel. Guests lock themselves in cells for the night.

7. Go for an Ice raft (Quebec City): Each February, Quebec hosts the world’s largest winter carnival, where you can ice-raft, dance in ice palaces and watch paddlers race across the cracked-ice soup of the Saint Lawrence River for the annual ice canoe race.

8. Raft a tidal wave (Urbania, N.S.): When the world’s largest tides back into rivers that feed them, it creates a true tidal wave. Hopping on a raft with an on-board motor to slam into this natural water park is distinctly fun, and uniquely Canadian.

9. Get Screeched (St. John’s, N.L.): To become an honorary Newfoundlander, visitors kiss a petrified cod (or a toy puffin’s behind), listen to ribald banter and shoot strong rum, known as screech. Only the brave pucker for the fish; screech has that effect on people.

10. Fly in a DC-3 (Yellowknife): Buffalo Airways is the world’s only DC-3 airline, serving remote communities on the 1935 aircraft, and providing fodder for the TV series, Ice Pilots NWT. Aviation enthusiasts visit from around the world for a ride.

FILED UNDER: blog of lists Canada The Vault