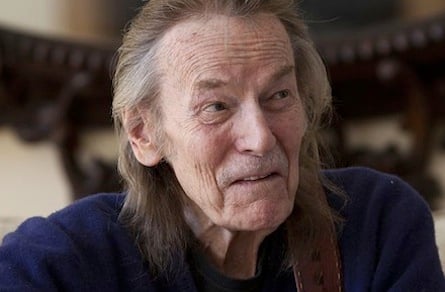 1. Gordie Howe: “Mr. Hockey” played for 32 seasons in the NHL and the WHA, amassing 2,358 points and 2,084 penalty minutes, thanks to his notoriously sharp elbows.

2. Gordon Lightfoot: Iconic singer-songwriter of hits like Sundown, If You Could Read My Mind and Canadian Railroad Trilogy. Winner of 16 Juno awards.

4. Gordon Korman: Beloved and prolific author of more than 75 books, mostly for kids and young adults. Wrote his first novel, This Can’t Be Happening at Macdonald Hall, as a Grade 7 project.

5. Gordon Pinsent: Newfoundland-born actor who has been an inescapable presence on Canadian TV and the silver screen for more than five decades.

6. Gord Downie: Lead singer of the Tragically Hip, a band so Canadian it boasts two guys named Gordon. (Bassist Gord Sinclair, who should not to be confused with No. 3 on this list.)

7. Walter Gordon: Public servant, former federal finance minister and author who was the godfather of the Liberal party’s economic nationalism in the 1960s and ’70s.

8. Sir Gordon Drummond: Lieutenant governor of Upper Canada, hero of the War of 1812, first Canadian-born officer to com- mand troops in the country.

11. Gordon Campbell: Former mayor of Vancouver and premier of British Columbia who will be remembered for presiding over the 2012 Winter Games, as well as his smiling mugshot after a 2003 drunk-driving arrest in Hawaii.