If all politicians lie, at least the Rhino party did it with style 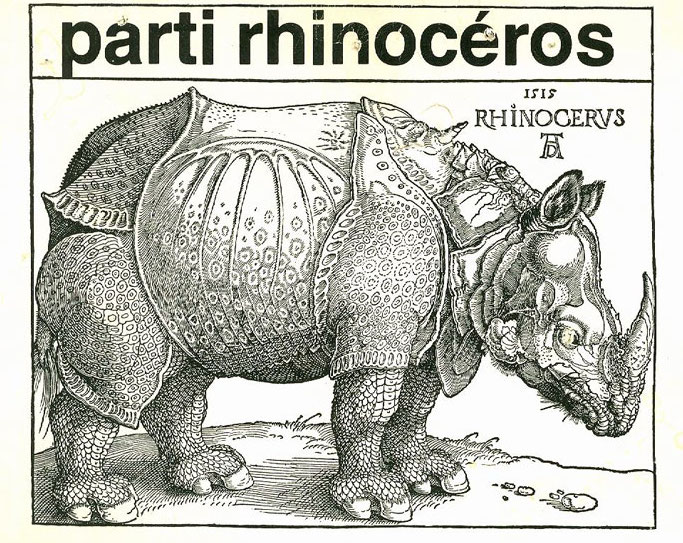 1. Take Canada off the gold standard, opting instead to use a snow standard to boost the economy. (And then, when summer comes . . . not sure yet.)

2. Repeal the law of gravity.

4. Pave the Bay of Fundy to make more parking for the Maritimes.

6. Count the Thousand Islands to make sure the Americans didn’t steal any.

8. Abolish all laws to end crime.

9. Tear down the Rockies so Albertans can see the Pacific sunset.

14. The Queen would now be seated in Buckingham, Que.

FILED UNDER: blog of lists Rhinoceros Party The Vault