Both sides in the Great War strove to create tensions within their enemies. And Islamic loyalties were a prime target. 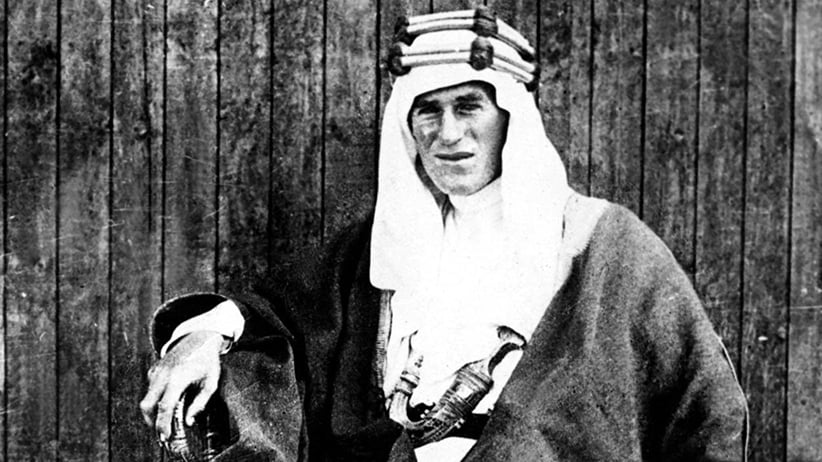 Brian Bethune will be writing a new story in this series on 1916, an under-recognized year in world history, every month. Read his previous monthly posts here.

In 1916: A Global History, his month-by-month account of the year during the First World War from which there was no turning back to the pre-war world, the Irish historian Keith Jeffery devoted October to events in the eastern Mediterranean and Balkans. He begins with an overview of chaotic struggle on the European side, some of it is drawn from the accounts of Compton Mackenzie, later a prolific and popular Scottish novelist (Whiskey Galore) but then a not very serious-minded intelligence officer stationed in Athens. Among the many surreal scenes he describes, was a Greek shotgun wedding held within a British legation barricaded against widespread rioting in Athens. The groom, after being beaten by outraged supporters of the bride’s family, complained the couple would have been married before the sex, “if her mother had not been tiresome about the furniture.”

But Jeffery soon moves to where the events of 1916 made a still-potent mark in international geopolitics, the Middle East. Both sides in the Great War, despite consisting for the most part of polyglot empires, strove to create as much ethnic, national and religious tension as possible within their enemies. And Islamic loyalties were a prime target.

The British, whose overarching consideration throughout was the protection of the Suez Canal and communications with India, had been in de facto control of Egypt since 1882, and seized formal ownership from the Ottoman Empire when the war began. The Turks wanted it back, and encouraged Arab volunteers into their armies, men they thought might feel aggrieved at the infidel British. The Germans, much to the Turks’ alarm, went a step further and fomented Egyptian nationalism for the same anti-British reason.

By and large, the Arab population in what was known as Greater Syria (Syria, Palestine, Lebanon and Jordan) backed the Muslim Ottomans in 1914 because they always had. But the war intensified nationalism in the Mideast as much as in Europe. The Ottomans moved to a “Turkification” of their state and its armies that further sparked nationalistic reaction among subject peoples, followed by a corresponding crackdown by Turkish forces, in an ongoing spiral of imperial disintegration. Meanwhile, a British blockade of the western Arabian coast disrupted food supplies and the economically vital pilgrimage to Mecca.

Eventually the situation seemed ripe to the British for making an offer to Hussein ibn Ali, Sharif of Mecca and head of the Arabian Peninsula’s Hashemite clan, that they would back a war of independence. But the British were more vague than usual about the precise territory they imagined this new Arab state would cover, because they didn’t want to harm relations with the French, who had their own interests in the region. The two powers solved their issues with the Sykes-Picot agreement in May, a piece of pure Great Power horse trading that didn’t even pretend to consider what the locals might make of it. The British and French didn’t bother to mention it to Sharif Hussein, the man they expected to bring it to life.

Sykes-Picot was the wartime development that most “defined the political shape of the modern Middle East,” in Jeffery’s words. The lines drawn on a map by two European diplomats, cutting through traditional territories and ethnic groups, influence the borders of post-war states to this day, and continue to frustrate the forces of pan-Arab nationalism. The final erasure of the Sykes-Picot lines is one of the stated aims of ISIS.

Not much of importance in these events—which would become significant in the revolutionary year 1917—actually occurred in October of 1916. So why did Jeffery pick this time to highlight them? Because the British did send a small military mission to Hussein that October, charged with getting the rebellion off the ground. One of the officers would turn out to be a crucial figure in the year to come: a 28-year-old Arabic-speaking archaeologist named Thomas Edward Lawrence—soon to be known as Lawrence of Arabia.