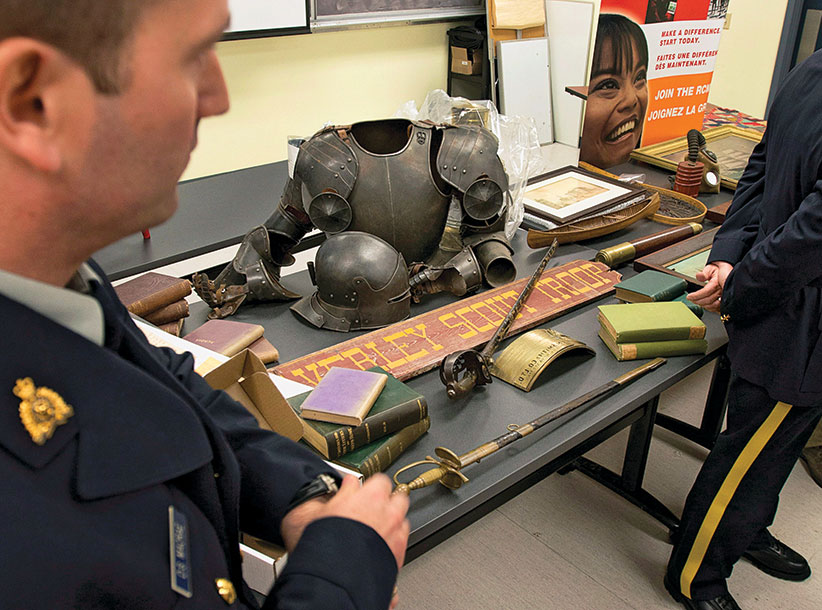 The RCMP display some of the hundreds of historical artifacts discovered at a suburban home, at a news conference in Halifax on Friday, Jan. 25, 2013. (Andrew Vaughan/CP)

It’s amazing what a routine traffic stop can lead to. When police pulled over Nova Scotia native John Mark Tillmann and noticed a letter written by British Gen. James Wolfe sitting on the passenger seat, it led them to his home, where they found more than 1,600 illegally obtained artifacts. Here’s a quick glance at Tillmann’s former collection:

1. Letter written by British Gen. James Wolfe in May 1758, one year before he won the Battle of Quebec

2. Letter written by Gen. George Washington in November 1775, before he became the first president of the United States

3. First-edition copy of Charles Darwin’s famous book On the Origin of Species

4. 1819 painting of Province House, home of the Nova Scotia Legislature