5 things to know about those adorable Prince George photos

George walks so fast he nearly mowed down the photographer 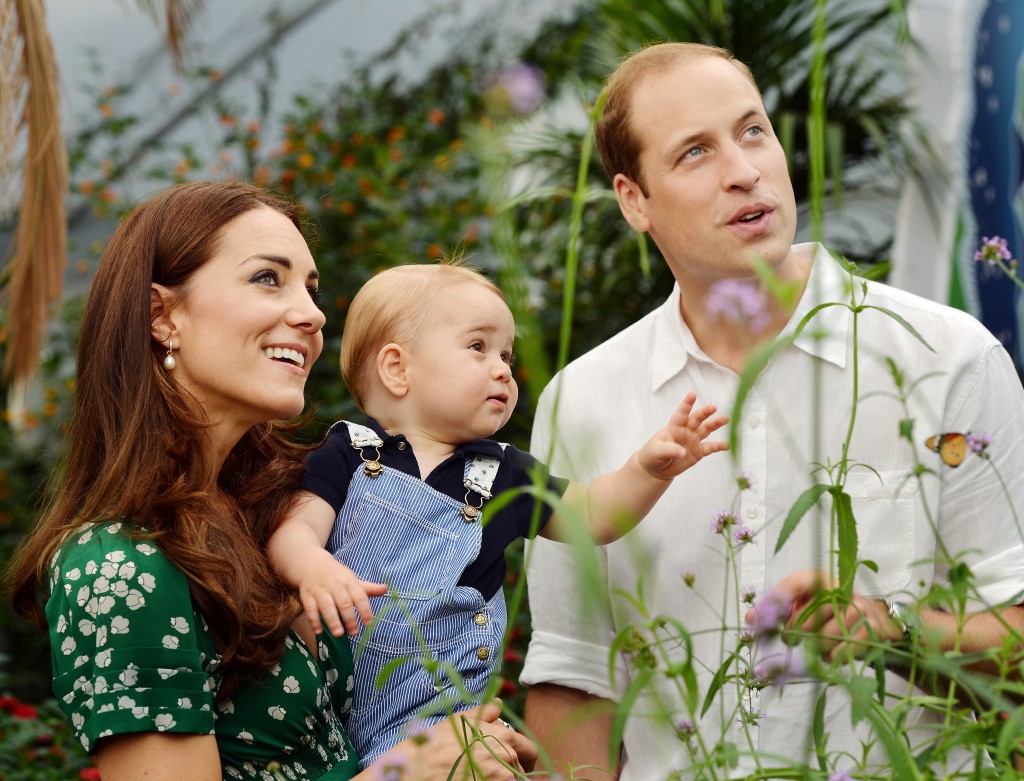 It was a year ago, on July 22, 2013, that Prince George—”Cheeks” to his fans—was born. Now, on his first birthday, Kensington Palace has released three official photographs. Beyond the obvious overload of adorability, the pictures reveal some surprising details about the toddler who will be king.

1. Behind palace walls: Since his birth, an enormous amount of print has been devoted to George. Yet, for all that attention, his parents, Prince William and Kate, duchess of Cambridge, have been able to keep him out of the public eye. Huge chunks of time have been spent with her parents and on vast estates. That’s also why there was no mass birthday gathering with the media, but rather, a controlled session with one trusted photographer.

By my calculation, George has been seen officially on film or in pix 12 times with 2 pap sightings. Impressive shielding by William and Kate.

2. He’s fast on his feet: A quick look at the scuffed toes of those practical blue shoes show that George loves being upright. “He’s quick on his feet,” John Stillwell, the Press Association photographer who snapped the official shots, told People magazine. “He was walking towards me—I was kneeling down to take the picture and he was on top of me as soon as he started walking.” 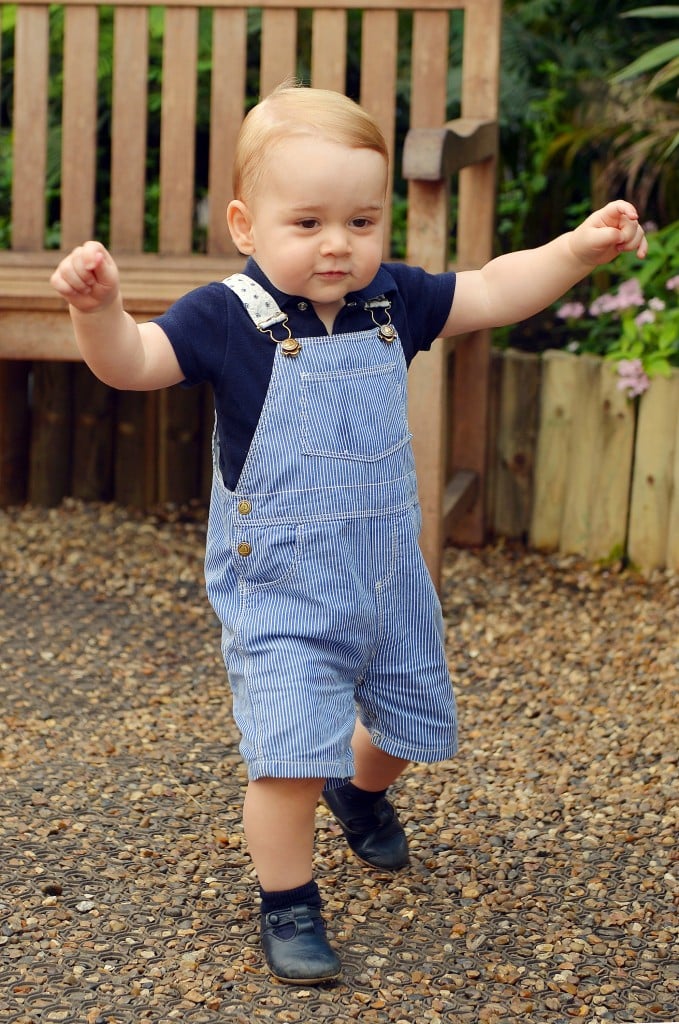 3. He has relaxed parents: His mother doesn’t care that there’s a large, dark patch of drool on the left shoulder of her expensive silk dress. In fact, since Kate and William approved the picture, they’re obviously proud of their “take it as we get it” attitude toward parenting.

4. He’s a tough little dude: Yup, George has a reputation for being a tad aggressive. No wonder royal officials hastened to assure everyone that no butterflies were hurt during the production of this picture. And, in case you’re wondering, it’s a blue morpho. 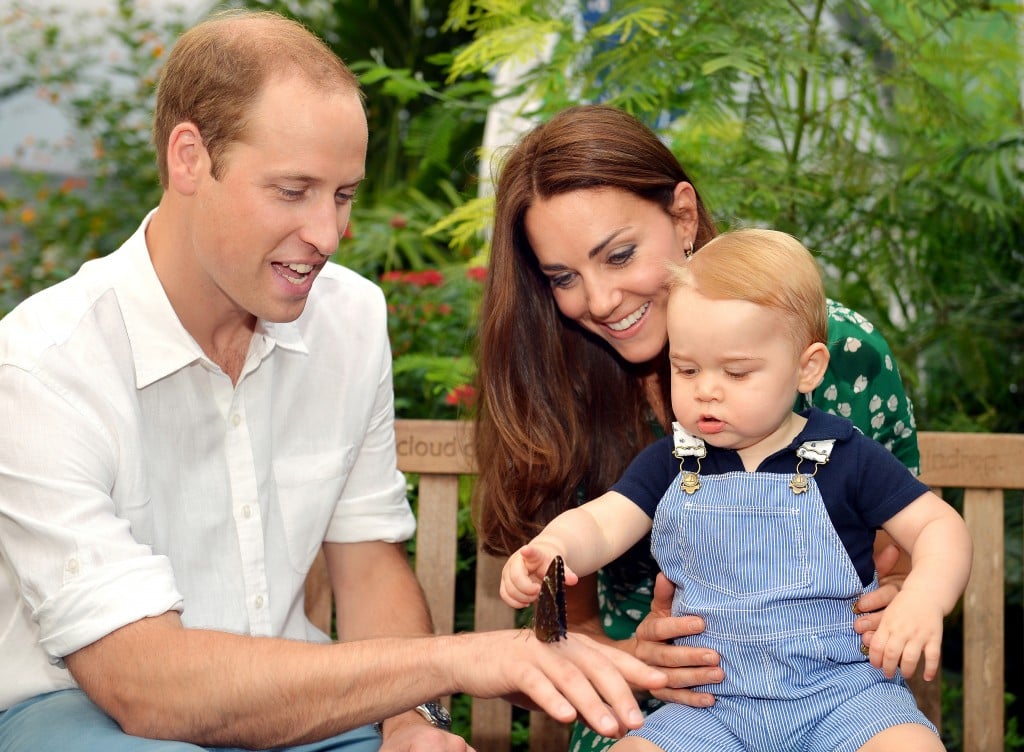 5. Royal synergy at work: Kate and William didn’t just wake up one morning, wondering where they’d have George’s first birthday pictures taken, then think, “Oh, he’d like butterflies, wouldn’t he?” When it comes to photo ops, royalty, and their officials, think ahead. That’s why William and Kate were carefully positioned in front of Uluru, in Australia’s outback, so photographers could capture them during a spectacular sunset. An hour earlier or later, and the pictures would have been ordinary (or dark).

For Prince George’s birthday pictures, they chose one of Kate’s patronages, the Natural History Museum in London. So everyone gets to ooh and ahh at cute pictures, while the museum gets lots of new visitors, interested in checking out their cool butterfly exhibit.