A year in the life of Prince George

Five things you need to know so far: 1. He is a bit of a bruiser 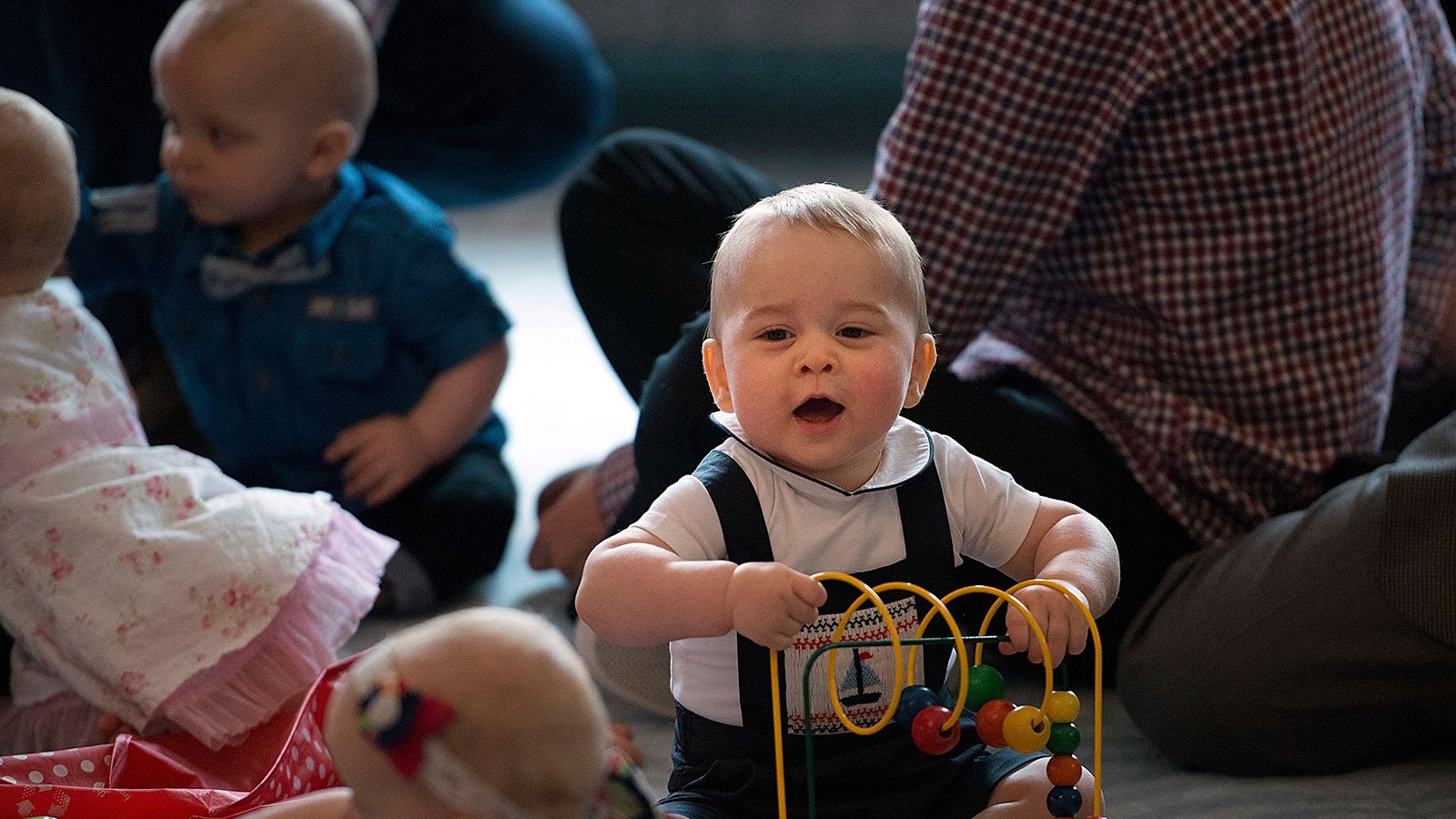 Prince George can’t talk, can barely walk, yet that’s enough for magazines to slap him on the cover while CNN devoted a 30-minute documentary that recounted every snippet of video of the royal toddler. He’s on almost every magazine cover in the world, has been inundated with presents (it’s probably a good thing he doesn’t get to keep the crocodile given by Darwin, Australia), so many that the toy box given by the British cabinet is undoubtedly overflowing, and has even had coins created in his honour by the Royal Mint (his first birthday coin is yours for a mere $1,100).

The consensus is that he’s cute. Well, what 12-month-old baby isn’t?

For those who haven’t memorized the names and occupations of his seven godparents, here are 5 interesting facts about His Royal Highness Prince George of Cambridge:

1. George Alexander Louis goes by many names. After friends of William and Kate took to calling him PG Tips, his parents shortened it to just Tips. Many journalists call him Cheeks (he looks astoundingly like the most famous jowly man, Winston Churchill). His grandpa, Prince Charles, prefers Georgie, while his perennially unsmiling visage has created lots of Grumpy memes. (Bonus: his antics in Australia and New Zealand were fodder for some fun gifs.)

2. His crowning glory is winning awards. His father may be follically challenged, but George has the title of the celebrity toddler with the best hair, knocking Beyoncé’s Blue Ivy and the Beckham kids, out of the competition.

3. He’s a chip off the old block. “George is charging around and opens doors,” says William, who was so rambunctious (a polite description for a terror who was prone to temper tantrums) at nursery school that he was bestowed the name “Basher.” At George’s play date with other babies in New Zealand, he showed off his assertiveness. “His royal prerogative shone through, however, when he took a shine to a Mary-Lou doll in possession of young Eden. He reached for the doll, and snatched it from Eden, before throwing it to the floor,” one account stated.

4. He’s a style setter. His regular day-to-day clothes—classic baby fare including overalls, white sweaters, even polo shirts—may be best sellers, but he takes it up a notch for big events. For an official family snap this spring, he went “bespoke for babies,” a blue cashmere sweater bearing his name created by the Welsh firm Corgi, a gift from Prince Charles (aka the Prince of Wales).

5. He’ll spend virtually all of his childhood out of the public eye. Aside from a photo op here and a cool public event there, George won’t grow up in the glare of TV lights and press cameras. Regardless of what is written on the Internet, that just doesn’t happen. Like all young royals in Europe, George won’t be stalked by the media. In exchange for that restraint, he will appear at regularly staged events so the world can see how he’s growing up. Sure there will be stories about him in the tabloids, but everything will be remarkably restrained. CAVEAT: the paparazzi and “citizen journalists” with cellphone cameras are an entirely different species. They have no mercy.