6 Presidents of the United States with ties to Canada

American leaders with special connections to our native land 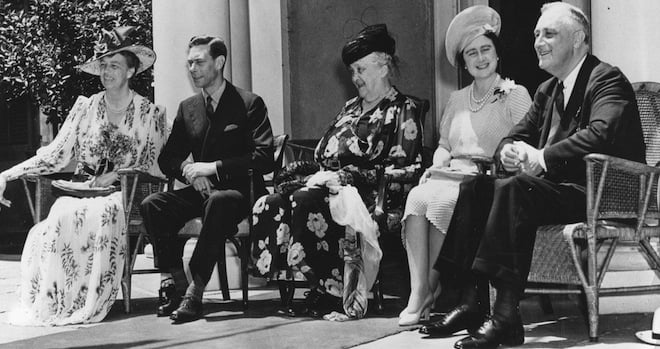 It’s become old hat for U.S. presidents to refer to the great friendship that Canadians and Americans enjoy both from proximity and common cause, but these six American leaders have special connections to our native land:

1. Chester A. Arthur (1830-86): The birthplace of America’s 21st president is officially listed as Fairfield, a small town in northern Vermont near the Canadian border, but some suggest Arthur was born at his grandparent’s home in Dunham, Que. The U.S. constitution requires their leaders to be native born and this may have prevented the truth from being revealed.

2. Warren Harding (1865-1923): Harding became the first sitting president to visit Canada in 1923 when he arrived in Vancouver for a civic lunch at the Vancou- ver Hotel and a public address attended by 50,000 in Stanley Park. Following a round of golf, the president complained of nausea and stomach pain. Harding died exactly one week later in San Francisco. An outpouring of grief in Vancouver led to a Harding Memorial being erected in Stanley Park.

3. Herbert Hoover (1874-1964): Hulda Randall (Minthorn) Hoover, the mother of the 31st president of the United States, was born in Norwich, Ont., in 1848 to Quakers of English and Irish descent. Hulda’s family moved to West Branch, Iowa, in 1859. Hoover’s campaign managers avoided mentioning Hoover’s mother’s nationality and downplayed her role in his life.

4. Franklin D. Roosevelt (1882-1945): A 27-year-old FDR was a financial backer of the Old Gold Salvage Company, which was set up in 1909 by Captain Henry Bowdin to solve the mystery of the treasure pit at Nova Scotia’s Oak Island. Various theories have the pit containing the pirate gold of Captain Kidd or the jewels of Marie Antoinette. That summer and fall, Roosevelt reportedly made several visits to the excavation from his family’s long-time summer home at Campobello Island in New Brunswick. No treasure was discovered.

5. Jimmy Carter (1924- ): In 1952, the navy scientist was part of an American team of nuclear specialists sent to Chalk River, Ont., to dismantle a reactor core following a meltdown at Atomic Energy Canada’s research lab. “I had radioactive urine for six months,” the 39th president of the United States later recalled of his successful mission. “I thought I would never have another child, but Amy came later.”

6. Barack Obama (1961- ): Obama’s half-sister, Maya Soetoro, was married in 2003 to Burlington, Ont., native Konrad Ng. The following year, Obama took a break from running for his Illinois Senate seat and travelled north to Burlington with his wife, Michelle, and their children for a dinner. “[Obama] was able to take a couple of days and visit us and meet his new niece,” Ng, who’s director of the Smithsonian Asian Pacific American Program, told a reporter. “[He] has young children, so we went to the lake and played at the playground.”