They made their mark elsewhere, but marked their end in Canada 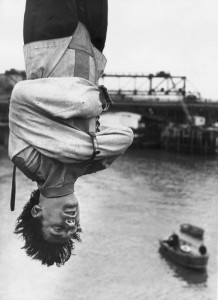 Actors, musicians, magicians and royals who made their mark elsewhere, but marked their end in Canada:

1. Errol Flynn (1909-59): The Hollywood actor died in Vancouver following a heart attack. The Vancouver coroner’s office called Flynn’s body that “of a tired old man—old before his time, and sick.” “They’ve great respect for the dead in Hollywood,” Flynn once said. “But none for the living.”

2. Anna Leonowens (1831-1915): The British-born, Anglo-Indian travel writer, educator and social activist was immortalized on both Broadway and the silver screen in The King and I. Leonowens, a founder of Halifax’s Victoria School of Art and Design (now NSCAD University) and Halifax Ladies’ College and Conservatory of Music, died in Montreal.

3. Harry Houdini  (1874-1926): After a Montreal show, the escape artist lay on his couch in his dressing room, visiting with three McGill University students. One asked if he could test the claim that Houdini could take any punch to the stomach. Before Houdini could rise and brace himself, the student delivered a flurry of punches to his abdomen. By that evening, he was in cold sweats. Three days later, in Detroit, doctors removed his ruptured appendix. It wasn’t enough to save him and he died shortly after.

4. Grand Duchess Olga Alexandrovna (1882-1960): The sister of Russia’s last czar, Nicholas II, and cousin of King George V died largely forgotten in an apartment above a barbershop in Toronto. Arriving in Canada in 1948, she and her family originally settled on a farm in Campbellville, Ont., west of Toronto., where she cared for the poultry and very occasionally received visits from her British royal relatives including Lord Louis Mountbatten.

5. Natasha Richardson (1963-2009): The British actress fell on a beginner slope at Quebec’s Mont Tremblant resort. After twice refusing care, she was taken to a Montreal hospital, then flown to New York where she died of internal bleeding in the brain.

6. Keith Franke, a.k.a. Adrian Adonis (1954-88): An American professional wrestler who fought in the American Wrestling Association and later the World Wrestling Federation, he famously appeared in a “hair vs. hair match” with “Rowdy” Roddy Piper at Wrestlemania II. Franke died in Lewisporte, Nfld, when the driver of a van he was riding in is believed to have swerved to avoid a moose and driven into a lake.

7. Charles Lennox, 4th duke of Richmond (1764-1819): While touring military settlements, he was bitten on the hand by a pet fox. When he died two months later, the duke’s illness became Canada’s first recorded case of rabies.

FILED UNDER: blog of lists The Vault