Nine times Canada and the U.S. went to war... in fiction

The next great Yank-Canuck conflict, as imagined by filmmakers, authors and musicians 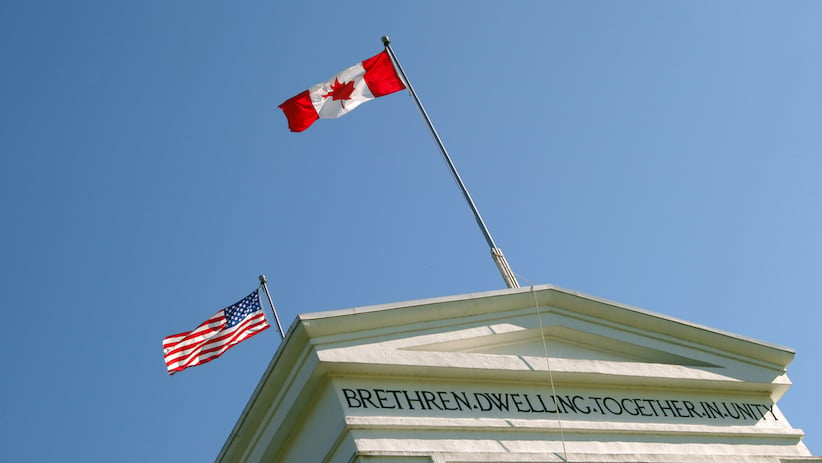 With Donald Trump in the White House, suddenly everyone is talking about Canada and the U.S. facing off in a trade war. In the past several weeks, tensions between the two long-time allies have reached a fever pitch with the U.S. levying tariffs on steel and aluminium imports and Canada retaliating with dollar-for-dollar tariffs on U.S. goods—some have even suggesting boycotts of American products.

But will Canada ever actually go to war with the U.S.? Oh wait, we (Canadian militia and British Forces) already did, in 1812—Canada didn’t become a country until 1867. However, in the land of movies, books and music, we’ve fought America several times since. Here are nine works that imagined the next great Yank-Canuck conflict.

Michael Moore’s lone attempt at a fictional film, in which the president of the United States declares war on us, because that’s what presidents do in Michael Moore’s world. 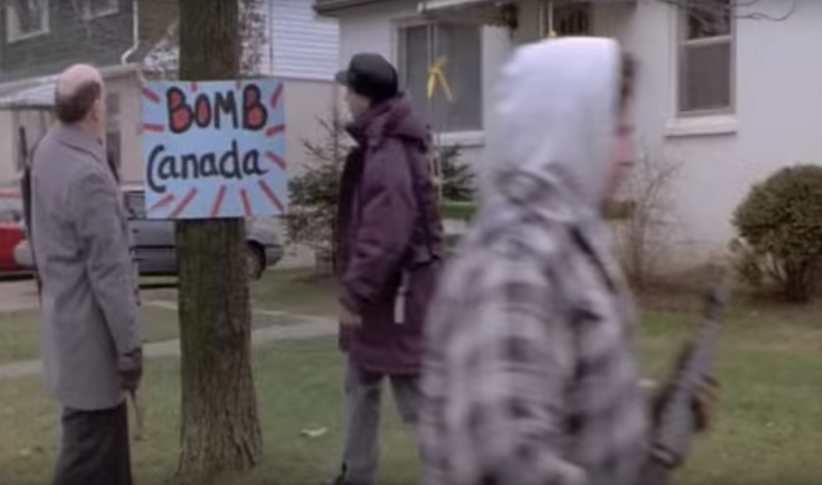 Two genetically altered cartoon lab mice accidentally create a world where the severed head of Hillary Clinton launches nuclear destruction on a Canada where everyone talks like Rick Moranis. 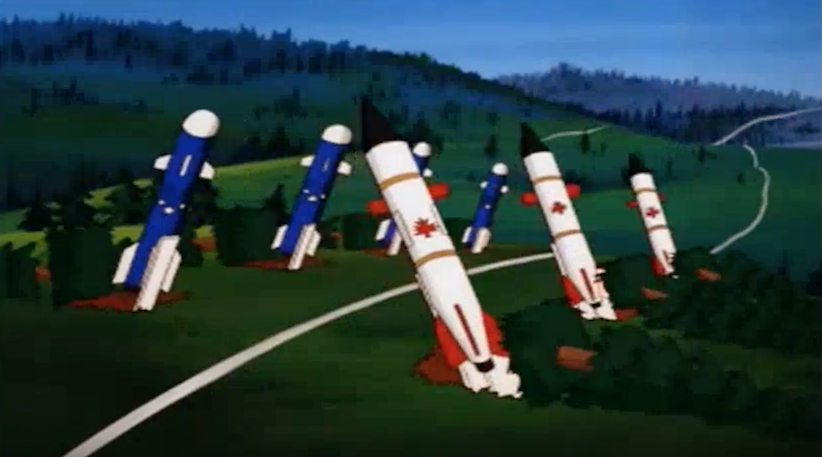 The song parodist calls for a “pre-emptive strike” against Canada because Canadians are so polite that they must be “up to something.”

In this alternative-history novel, the Nazis take over Canada and use it as a base from which to attack America. The book portrays Canadians as a bunch of wimps who would be sitting ducks for Hitler. An American wrote it, of course.

Fighting words: “Despite half-hearted protests from the United States about violations of the Monroe Doctrine, Germany had quickly occupied key places in Ontario and Nova Scotia.”

This CBC show posited the theory that Canadian entertainers are infiltrating the U.S. to subvert it from within.

Fighting words: “The year is 1948, President Harry Truman meets with William Lyon Mackenzie King. It was this fateful encounter that would spark the Canadian conspiracy. Truman innocently tells the old joke about a Canadian ice fisherman who caught 40 lbs of ice. To Harry Truman it was just a silly joke. To Mackenzie King: WAR!” 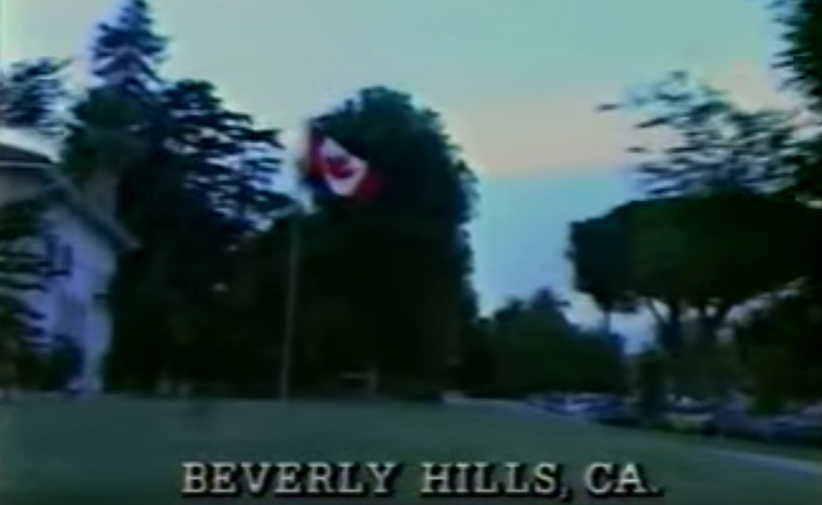 The U.S. goes to war with Canada over the bad influence of our flatulence-themed cartoon Terrance and Phillip. Introduced the Oscar-losing song Blame Canada.

Fighting words: “My fellow Americans, at five a.m. today, a day which will live in infamy, the Canadians have bombed the Baldwins. In response to this, the U.S. has declared war on Canada.” 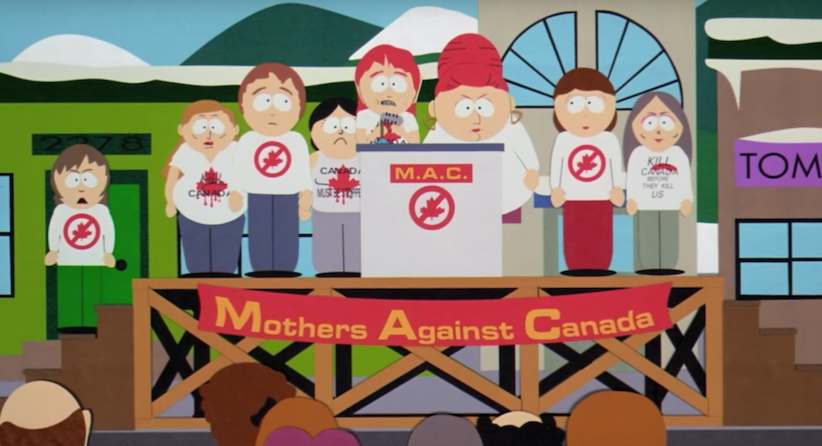 Another alternative-history novel, this time written by a Canadian, traces a journalist’s journey through U.S.-occupied Canada after the Can-American war was brought on by the 9/11 terrorist attack on the World Trade Centre… in Edmonton.

Fighting words: “The reasoning for the specificity of the mortar strikes and the brevity of the Etobicoke shock-and-awe campaign? … [Bruce Kalnychuk] was being fenced in and kept alive so that he could be executed before the American people.”

In the six-part comic book series set in 2112, a ragtag team of Canadian freedom fighters face off against an American occupying force that’s invaded Canada after an all-out war destroyed both the White House and Parliament Hill.

The story follows a young woman, who lost her mother and father after Ottawa was bombed, joins the outmatched splinter cell of Canadians as they attempt to win a decisive victory and overtake America’s arsenal of nuclear weapons and giant mechanized robots. The Hulu television adaptation of Margaret Atwood’s classic novel follows Offred, a young woman who’s trapped in the horrifying theocracy of Gilead, formally the United States of America, where the few remaining fertile women are raped and bear the children of the wealthier men of society. Birth rates have plunged in Atwood’s neo-futuristic world and the story taking place after a religious group has taken over most of the U.S government and its land.

In the show, Canada and Mexico welcome anyone who manages to escape Gilead as refugees. News reports reveal that the Canadian Armed Forces are actively helping the exiled “rump state” of the United States where the U.S government and U.S. military forces are still holding onto land not run by Gilead. In those some reports, it’s implied there may be a possible military assault as units from the Canadian and British Army have been taking up positions along the Canadian-Gilead border. 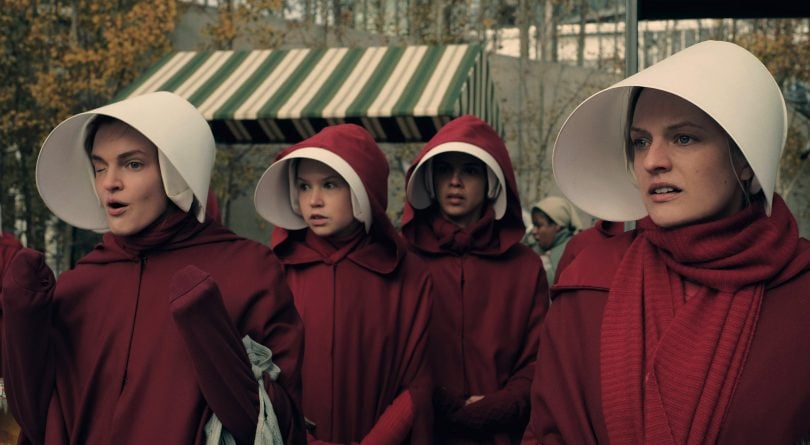 FILED UNDER: blog of lists Canada