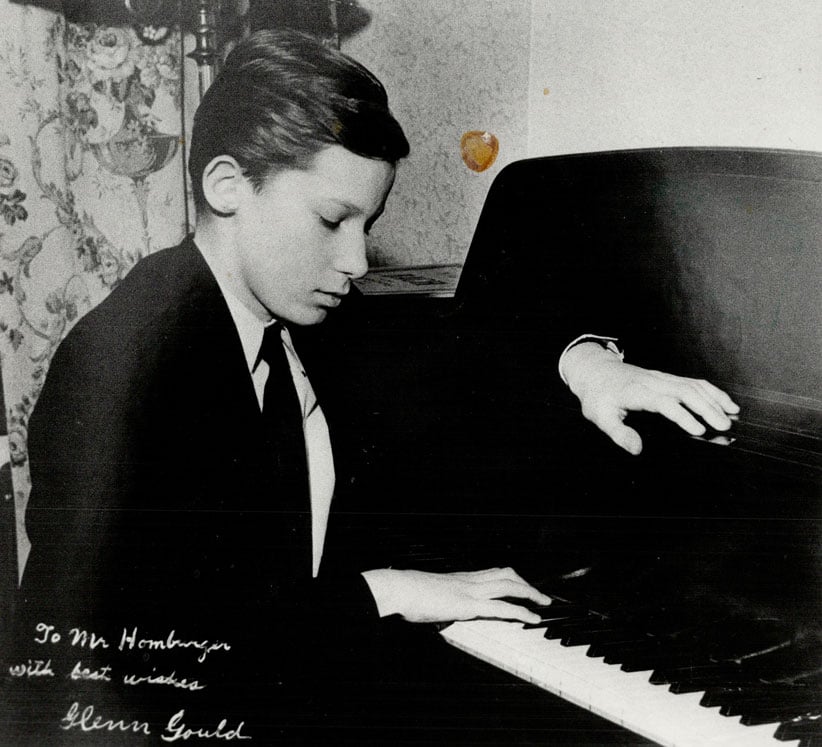 Glenn Gould as a boy.

These individuals have made an “outstanding and lasting contribution to Canadian history.” The federal government has designated more than 500 people as “Persons of National Historic Significance” since 1920. Individuals can’t be designated as historically significant until 25 years after their death. Former prime ministers are the only exception to this rule; they merit instant recognition. Parks Canada added eight more individuals in 2013:

1. Dorimène Desjardins (1858-1932): Co-founder, along with her husband, Alphonse, of the Quebec-based Desjardins Caisses Populaires, which was founded in 1900 and served as an alternative to the existing banking system. The Caisses offered farmers, small businesses and workers greater access to credit and savings services. Between 1903 and 1906, the native of Lévis, Que., was the unofficial manager of the credit union and, following Alphonse’s death in 1920, Dorimène continued to guide and grow the movement.

2. Andrew Paull (1892-1959): A pioneer in the movement for the recognition of Aboriginal rights in Canada, this British Columbia Squamish leader spent time as a community worker, activist and lawyer to protect and advance his people’s interests. His work as a lawyer laid the foundation for subsequent Aboriginal title claims. He founded the North American Indian Brotherhood, Canada’s first successful nationally based Aboriginal rights organization, in 1944.

3. Frederick Cleveland Morgan (1881-1962): Born in Montreal, Morgan received degrees in natural history and zoology, but persistent eye problems led to his dedicating his life to building the decorative arts collection that defines the Montreal Museum of Fine Arts. In 1916, he convinced the Art Association of Montreal to dedicate a room of the museum to decorative arts and spent the following 46 years tirelessly adding more than 7,000 objects to the collection.

4. Marc-Aurèle Fortin (1888-1970): Quebec artist Marc-Aurèle Fortin created more than 7,000 works during a prolific career, all the while experimenting with colour, and was particularly well-known for rural landscape with “large, majestic trees and cloudy skies.” In 2011, The McMichael Canadian Art Collection in Kleinberg, Ont., mounted the first major retrospective of Fortin’s work in 45 years.

5. John MacDonald of Glenaladale (1742-1810): Born in Scotland, John MacDonald, the Eighth Laird of Glenaladale and Glenfinnan, emigrated to Prince Edward Island (then called St. John’s Island) in 1772 as leader of a group of 214 Highland settlers. MacDonald was responsible for recruiting, transporting and providing the necessities of settlement for the first year until new immigrants were TK. Fluent in seven languages, the Scot fought a sustained battle to protect settlers against existing landowners and colonial administrators who demanded yearly assessments, called quitrents, that few—including MacDonald—could afford to pay.

6. Jean-Baptiste Lolo (1798-1868): An employee of the Hudson’s Bay Company, Lolo was a crucial element of HBC’s fur trading operations in interior British Colombia. Of First Nations heritage, Lolo acted as an intermediary with local bands in trading activities and post matters. Known as St. Paul and Chief St. Paul, the geographical features of Mount St. Paul, Mount Lolo, Lolo Lake, Lolo Creek, Paul Lake and Paul Creek, all in the Kamloops area of B.C., are named after him.

7. Father Henry Carr (1880-1963): A pioneering figure in the history of Catholic higher education in Canada, Father Carr was born in Oshawa, Ont., and entered the Basilian order in 1900. He played a critical role in the growth of St. Michael’s College in Toronto from a small college focused on religious instruction to its transformation into an arts college within the University of Toronto. St. Michael’s College was one of the earliest English-Canadian Roman Catholic colleges to offer higher education in partnership with a secular institution.

8. Glenn Gould (1932-1982): A child prodigy, Gould made his first major concert appearance at age 14 at Massey Hall with the Toronto Conservatory Orchestra. In 1955, he recorded a version of Bach’s Goldberg Variations, which brought him international fame. Known for his many eccentricities—he sat on a battered wooden chair at all concerts and often hummed or sang while performing—Gould stopped playing live at age 32 in 1964. Gould’s reputation continued to grow even after his death.