9 royal stories of 2014: From fraud to photobombs

The kings, queens and sundry princes who hit the headlines

The world is never short of news, especially about royalty. Here are my choices for the top royal stories of 2014, both light and serious:

William and Kate have their hands full: The duke and duchess of Cambridge obviously don’t think much of the old adage of never taking on two major stresses at the same time. Not only is she expecting a sibling for Prince George at the end of April but they just moved into their newly renovated apartment in Kensington Palace in London and are currently renovating their country retreat, Anmer Hall on the Queen’s Sandringham estate in Norfolk. So the return of Kate’s severe morning sickness must have been an added strain. Oh, and Prince William has a new job. He’s training to be a local air ambulance pilot. 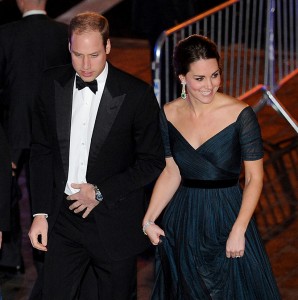 The world goes gaga over George: He doesn’t smile. He certainly doesn’t politely wave to the crowds. But during Prince William and Kate’s blockbuster three-week tour of New Zealand and Australia, their nine-month-old was the biggest star of the visit. All hail Cheeks. 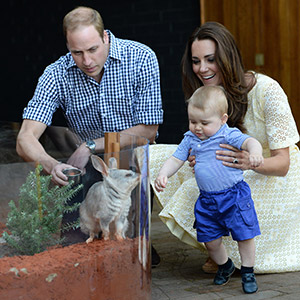 The new reign in Spain: Crown Prince Felipe and his wife, Letizia, are telegenic, and blessedly scandal-free, exactly what Spain and its royal family need. After mounting scandals involving King Juan Carlos that included an extravagant shooting trip in Africa while his nation suffered economically, and claims by an alleged illegitimate child (to say nothing of fraud charges against his daughter Cristina and her husband, see below), in June, the ailing monarch handed over his increasingly shaky throne to Felipe and Letizia. The huge crowds that greeted the new king and queen gave monarchists hope a regal reboot may just work. To be sure, Felipe also clamped down on the behaviour of his own family, banning them from accepting gifts. 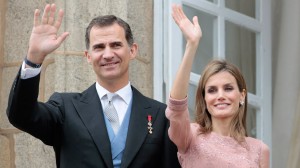 Criminal crisis: Infanta Cristina, younger daughter of Juan Carlos and sister of the new king, Felipe, spent huge parts of the year in the company of lawyers as she and her husband, Inaki Urdangarin face serious charges that he embezzled millions from public contracts, and she benefited from that fraud. The possibility that someone so close to the throne could be imprisoned for such a serious financial crime helped contribute to Juan Carlos’s abdication. Banned from all royal events, including her brother’s installation as monarch, she’s holed up with her husband and four children in Switzerland, where she works for a charity. Her reputation wasn’t helped when she reportedly said, “I don’t know” more than a hundred times while under official questioning. Finally, she got some good news. In December, she paid a 600,000 euro civil liability fine for any alleged profiteering. Her lawyers hope it will be enough to keep her out of court. But she’s still not fully in the clear, and her husband is almost certainly going to trial soon. UPDATE: She’s going to face trial. 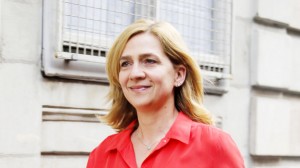 The future king and I: Rumours started swirling in the autumn that Thailand’s mercurial Crown Prince Vajiralongkom was about to ditch wife No. 3 and marry his mistress. What appears to be a well-oiled, carefully rehearsed plan was executed. First Crown Princess Srirasmi’s uncle, a police general, as well as four of her siblings and other family members were arrested, amid allegations they’d amassed a fortune thanks to their royal connections. Then her husband asked that her family be barred from using their royal last name, bestowed after she joined the royal family in 2001. Days later, she wrote to “respectfully resign” her royal status, and the ailing King Bhumibol had granted her wish. Finally came word that they were divorcing. It appears Vajiralongkom is getting his house in order‎ before ascending the throne, and those plans didn’t include Srirasmi. She knew that being turfed was a possibility: 18 years ago, the same thing happened to her husband’s second wife, who was forced into exile along with their children, who were stripped of their royal status. 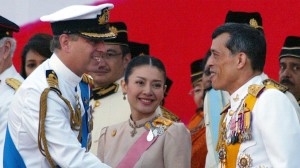 Twins for the triste Charlene: She married her prince, Albert of Monaco, shortly after Kate married William, but the thousands of photographs taken during the wedding — where she sobbed openly and eked out a grimace instead of a radiant smile amid rumours she tried to flee Monaco before her big day and got a big payoff to stay — and in subsequent years are any proof, all is not happy in the Mediterranean tax haven. Body language experts could make a fortune examining those two, who usually appear awkward around each other. Now they’ve got twins, Gabriella and Jacques. One can only hope the babies will finally bring a smile to her face. 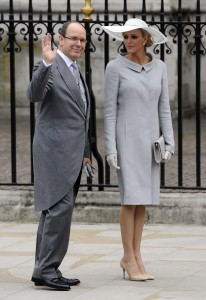 Handsome Harry is single, again: After nearly two years together, Prince Harry and girlfriend Cressida Bonas broke up in April. The wild-child dancer apparently found being in the spotlight hard to take. There was also her rather complicated family — her mother has been married four times — that includes multiple half-siblings and stepfathers. By July, however, Harry appeared to have moved on. He traded in piloting Apache attack helicopters for a military desk job in London, and plunged himself into organizing the first-ever Invictus Games for injured veterans. In September, athletes poured into London from around the world, including Canada. It was a resounding success, with everyone doffing their hats at Harry. As of the end of 2014, the world’s most eligible bachelor is still available. 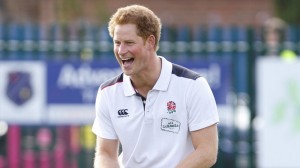 She was bemused: It was the blandest of tweets, but by the time the dust settled, it had been retweeted nearly 50,000 times, and made newscasts around the world. For it wasn’t just any old tweet, but rather the first ever sent out by Queen Elizabeth II herself. it isn’t as if the monarchy is behind the times when it comes to modern communications: It may appear old-fashioned but she sent her first email in 1976 (yes, 1976), while the monarchy has had a website since 1997, a YouTube channel since 2007 and got a Twitter account two years later.

It is a pleasure to open the Information Age exhibition today at the @ScienceMuseum and I hope people will enjoy visiting. Elizabeth R.

Photobombing, royal edition: The Queen set the standard at the Commonwealth Games, when she crashed a selfie being taken by Australian athlete Jayde Taylor. 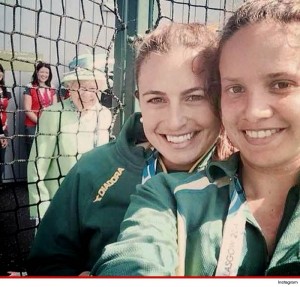 A few days later, Prince Harry copied his grandmother’s style, when he popped into a picture of New Zealand officials. Shortly afterward, his older brother, William, did the same to Sir Chris Hoy, the Olympic cycling gold medallist. It’s clearly a tradition the Windsor clan enjoys.