A burial fit for the last English king slain in battle 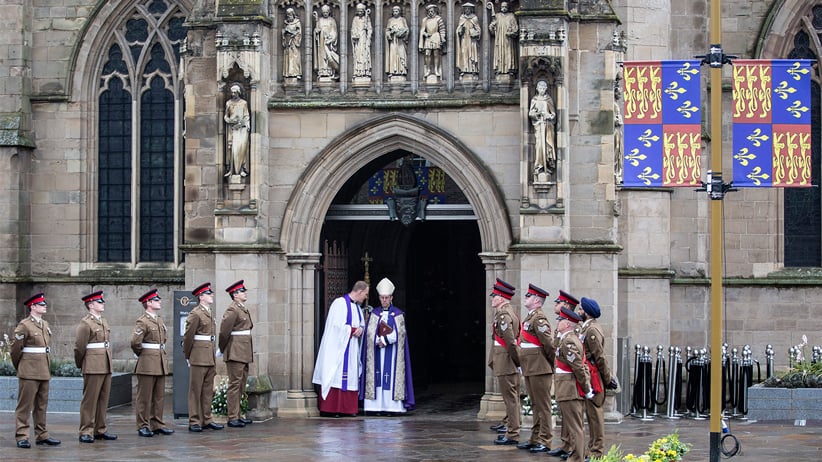 “Richard III has the greatest following of all English monarchs, apart from our present Queen,” said professor Gordon Campbell, in the eulogy that started the burial service of the last English king slain in battle. Members of the royal family, even actor Benedict Cumberbatch (who will play the monarch in an upcoming TV series), were in Leicester’s cathedral because of that following, the Ricardians. “Search. Find. Honour,” Bishop Tim Stevens started his sermon. “The triple mandate given to the Looking for Richard Project four years ago has broken open not just a car park but a nation’s story.”

As much as this was King Richard’s day, it was also one of vindication for the Richard III Society. It was Ricardians who led and largely funded the archaeological dig everyone else thought was utter madness. A Ricardian historian tracked down living relatives, including Canada’s Michael Ibsen, who have the same mitochondrial DNA and so could identify the bones found in 2013 in a shallow grave below that famous parking lot in Leicester.

The city has been flooded with pro-Richard forces, as well as those drawn to the burial of the controversial king. More than 20,000 queued for hours to pass by the coffin that cabinetmaker Michael Ibsen made. They tied pink, purple and yellow prayer ribbons on the cast iron railings outside the cathedral. The local paper, the Leicester Mercury, sold so many copies of its special Richard edition that it rushed out a second printing. All 30,000 copies are expected to be sold by the end of today.

Related:
Canada’s connection to King Richard III: The inside story
Video: Canada’s Michael Ibsen on his family link to Richard III
An obituary for an oak: From the backwoods to Richard III’s coffin

Though he is a controversial king, that historical dispute was set aside. “In an age of celebrity, image and reputation is a commodity in the marketplace,” says Bishop Stevens. “Richard’s reputation, so much disputed and contested, will, like all great figures of history, continue to clarify and evolve. But we come to reinter his remains today because reputation does not have the last word, for Richard or for any of us.”

“We’ve been looking after him for quite some time,” says Turi King, the University of Leicester geneticist who matched the king’s DNA with that of Michael Ibsen. “It’s time for someone else to look after him.” Indeed, it has been 943 days since his body was first uncovered in 2012, much longer than his reign, which ended after 777 days. 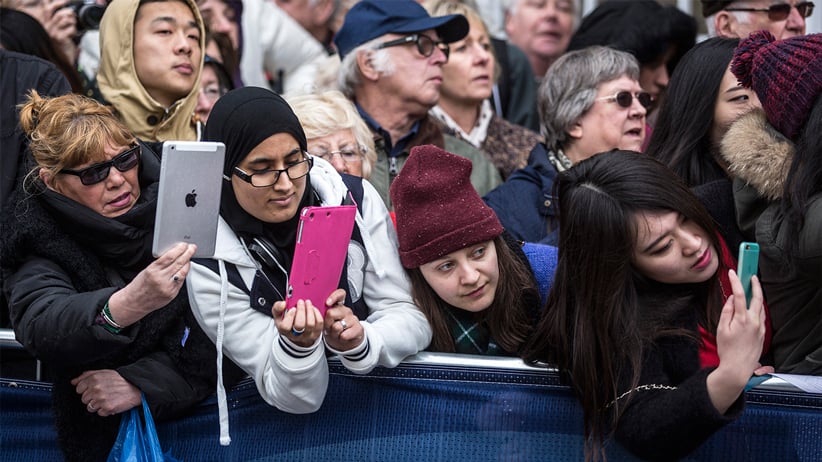 Like most of the 650 invited guests—many who won seats through a lottery—King wore black. And like many, she wore a Yorkist white rose, for Richard, who was from the house of York. While King sewed her flower onto her hat, Benedict Cumberbatch—Richard III’s third cousin, 16 times removed—pinned a bud in the lapel of his suit when he read a poem created for the occasion by Carol Ann Duffy, the poet laureate. And the ancient stone of the small cathedral was softened by huge displays of roses and white lilies.

“Service of Reinterment of the Remains of King Richard III by the grace of God King of England and France and Lord of Ireland.” That’s how the order of service named the event. It was a simple, deeply religious event—Michael Ibsen called it a “gentle” service—befitting a king known for his piety and deep Christian faith. The ornate pall, and gilt crown had been removed from the oak coffin. All that adorned it was a wreath of 14 sprigs of broom (the planta genesta, from which the Plantagenet dynasty got its name, with Richard being its last king) and 85 white roses, representing 1485, the year of his death.

After soldiers moved the 110-kg coffin from the baptism font to in front of the high altar, Richard III’s personal book of hours was placed on the coffin by Prince Richard, duke of Gloucester, who has been the Richard III Society’s royal patron for 35 years. In that prayer book is one that Richard had written onto a page, which Bishop Stevens used in the sermon, “Lord Jesus Christ deign to free me, your servant King Richard, from every tribulation, sorrow and trouble in which I am placed…”

During this hour-long service, apart from the hymns and national anthem, the guests were utterly silent. When the soldiers slowly lowered the coffin into the brick-lined vault of its tomb, not a cough or whisper could be heard. In 1485, Richard III had been hastily buried by Franciscan friars in their church. This time, there was a sense that everyone wanted a burial befitting a king.

So it was Justin Welby, the archbishop of Canterbury, who sprinkled the coffin with water from the baptism font, and sprinkled soils over the coffin that had been taken from Fotheringhay, Middleham and Bosworth, symbolizing the king’s birth, life and death. Watching the burial were the royal guests, who each bowed to the coffin, in its tomb, before returning to their seats.

Later today, a 2.3-tonne stone will be lowered onto the marble plinth that edges the vault. On that plinth are Richard’s name, dates (1542-85) and his coat of arms. On the huge stone, a deep cross has been cut. Under there, Richard will lie, between the high altar and the Christ the King chapel, facing east toward the sunrise.