A year after Richard III was buried, Leicester can't stop its winning ways 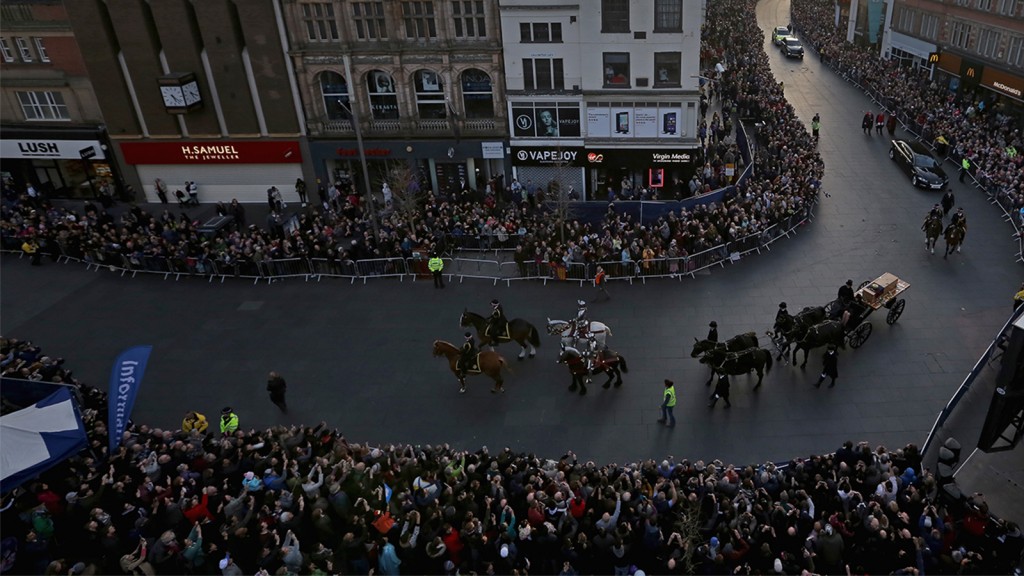 Update, May 2: In one of the most incredible sports stories of all-time, Leicester City Football Club has won the Premier League.

A year ago, on March 27, 2015, the mortal remains of England’s most controversial king were buried with full religious and military honours in Leicester Cathedral.  The academic battles may still rage–Did he usurp the throne, then kill the famous princes in the Tower? Did he kill his wife?–but finally, after 530 years in an unmarked, too-short grave, King Richard III was finally given the respect due an anointed king. For the small band of Ricardians who spent years on a quixotic journey to find the only missing remains of an English monarch, his discovery in a parking lot near the cathedral, and subsequent burial marked the end of a long struggle. (The inside story of Richard’s reburial, and its Canadian connection is here.)

For Leicester, it was the start of a renaissance. Not only are tourists pouring into the city, but Leicester’s football (soccer for North Americans) club is “doing rather well,” says the Very Rev. David Monteith, dean of Leicester Cathedral. It’s the epitome of English understatement. Leicester City leads the Premier League. There are more than a few people who believe the medieval king’s burial has something to do with the city’s sports success. Last year, Leicester City was threatened with relegation to a lower tier. Then came the burial in March 2015. Since then Leicester has been on the most improbable winning streak, dominating English football.

“People are immensely proud of Leicester, and now they have a reason to go out and shout about it,” says Sarah Harrison, Leicester’s city centre director. Before, people were apologetic about the economically struggling, ex-industrial city in the East Midlands. Now there’s confidence in what Leicester has accomplished. Richard III and Leicester City have put the city on the map. Monteith agrees. “It’s like Richard himself,” he says. “This business about being the underdog, a provincial English city that people often drove past. That sense of, ‘Come on, there’s a lot more than meets the eye.’ And we’ve not been terribly good at saying that. And championing that.” 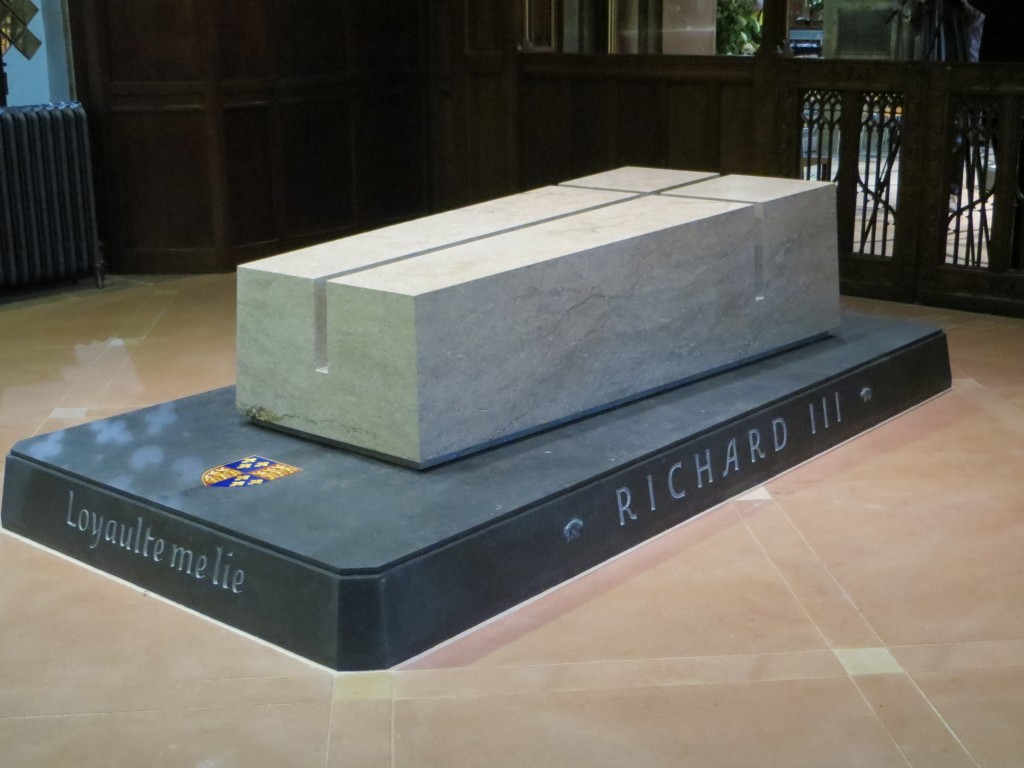 None of that would have been possible without the discovery and reburial of the last English king slain in battle. “The king in the carpark who is now the king in the cathedral,”says Monteith. The cluster of Ricardian attractions has created “a honeypot,” Monteith says. It isn’t just the cathedral, but also the Richard III exhibition centre across the street, housed in a historic old school beside that famous parking lot. With Leicester only an hour-long train ride from London, and the compact, historic city core an easy walk from the train station, tourists are arriving in droves, both local and international. In the year since Richard’s burial, more than 230,000 visitors have traipsed inside the small cathedral to visit his burial spot. Before he was discovered, that number was around 30,000. “What has been particularly satisfying is a fair number of people from Yorkshire [where Richard was based] saying, ‘Well, we did think he should be buried in York, but actually he is buried here now and you did it well. We can see it now for ourselves,’ ” Monteith says.

Related: The inside story of Canada’s connection to King Richard III

The top three items in the cathedral’s gift shop are the Richard III service orders, books of Richard’s reinterment service and, of course, DVDs of the king’s reinterment. After Easter, two new stained-glass windows are to be installed in the cathedral. Created by Thomas Denny, they will shine down on Richard’s tomb, and feature vignettes from his story as “a way of thinking about the universal human condition.” They are the first such windows installed in nearly a century. “It’s all part of this renaissance in the city in general,” he says. It’s all Richard, all the time. At least for now.

“Richard III may not be everyone’s cup of tea, but he did wonders for the city,” Harrison says. She’s got the statistics. In the last year, visitors to the “Richard economy” have pumped more than $40 million into the economy. There’s another $70 million for products purchased by businesses like hotels and restaurants. The area around the cathedral had lots of empty shops. Now it’s completely full. Whereas tourists used to spend a night in a Leicester hotel, now they are staying two or three nights, and occupancy tops 80 per cent. There’s also been an increase in events and conferences.

Yet even now, “we have get our heads out of 15th century and into a few other centuries that have also been significant,” Monteith recognizes. “Richard’s presence brings many more people to us. I see that being integral to the future sustainability of the cathedral,” the dean says. “I would hope that not only thinking of that in terms of economic sustainability, but that’s vital—there are new jobs at Leicester Cathedral that weren’t there before—but also in terms of cultural sustainability. We want to use this connection with history as a stimulus for new artistic response and exhibitions.” Not only does Leicester have a 2,000-year history, with impressive remnants from virtually every era, but the city also has a vibrant multicultural reputation. The city’s Diwali festival, already a massive event, saw a 40 per cent increase in attendance this year. It’s so big that Harrison is thinking of broadening its reach into the city centre.

And then there’s the football club. While Monteith won’t say whether Richard III has anything to do with the football club’s success, he does point out that the players wear shirts emblazoned with the words “King Power,” though it refers to the owner’s business rather than a certain king. The cathedral uses prayers left behind by visitors in its services. Last week, Monteith read one out: “Pray that Leicester City wins the Premier League” Then he told his congregation, “And all the people must say, ‘Amen.’ And all the congregation loudly said, ‘Amen.’ ”