A holiday for a reason: Olympics to watch on Monday 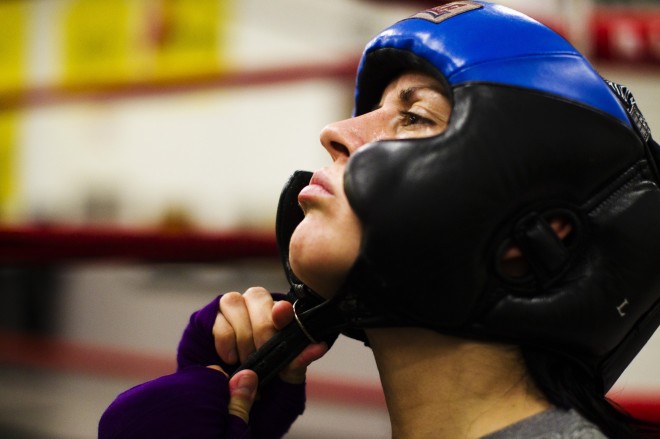 Mary Spencer looked like a given. She is a three-time champion with more than 115 victories, but was upset in her first pre-Olympic qualifying match in May. The 27-year-old spokesperson for Cover Girl appeared to be spending August at home, but thanks to the Olympic wild-card birth allotted to boxer’s with a certain resume, Spencer will be in London with a shot at the gold. She’ll have to win her opening quarter-final match to prove she’s more than just a pitchwoman.

Canada’s women’s soccer team keeps on rolling. After being handled easily in their opening match versus Japan, Canada fought back with a win over South Africa, a big comeback tie against Sweden, followed by an knockout round win over hosts  Great Britain. Up next is the dream semi finals: Canada vs. USA. Both teams have serious scoring threats. Canada’s Christine Sinclair is No. 3 all-time for international goals, and Abby Wambach who has scored several times for the U.S. this Olympics at sits at no. 2. (Both women are chasing retired American great Mia Hamm for best all-time.) They’d both trade in their goal-scoring records for a gold medal, so look for a tense matchup with lots of firepower up front.

The premise sounds weird, running with a long, bendable stick to clear a super high bar, but the pole vault is always a fan favourite at the track. For four years, these women train year round for one day in the spotlight. Look for Russian Yelena Isinbayeva to rise above the five-metre mark. The heavy favourite holds the world record of 5.06 metres.

Four years ago, Adam van Koeverden apologized for finishing eighth in the 1000-m kayak. He made amends for the nation, winning silver in the 500-m, his third Olympic medal. He won’t have that luxury this time, as the 500-m kayak is no longer an Olympic event. The 30-year-old Canadian, dubbed Van Kayak, will have to get through the opening heat and semi-finals on Monday to carve his path to the finals on Wednesday.

Tara Whitten wasn’t the big name in Canadian cycling going into London. With other superstars like Clara Hughes and Ryder Hesjedal getting all the spotlight, Whitten is quietly walking around Olympic Village with a bronze medal around her neck. She won bronze in the team pursuit, and now looks to add to that medal count in the women’s omnium, a six-part gruelling event inside the velodrome. The 31-year-old finished three points away from bronze at this year’s world championship, but the two-time omnium champion will have her sights on gold.

One month ago, Andy Murray lost in the Wimbledon finals to Roger Federer, the greatest player of all-time. No Brit had won at Wimbledon for over 70 years, so Murray broke down in tears after the loss. Who knew that Murray would have a chance at gold on the very same court, against the very same opponent, so soon afterwards? The time Murray played the game of his life, beating Federer in straight sets and putting him at the top the tennis world for the first time ever.