Image of the Week: Hart Island—long the city's version of a Potter's Field—is seeing 25 burials a day, the number it once received in a week 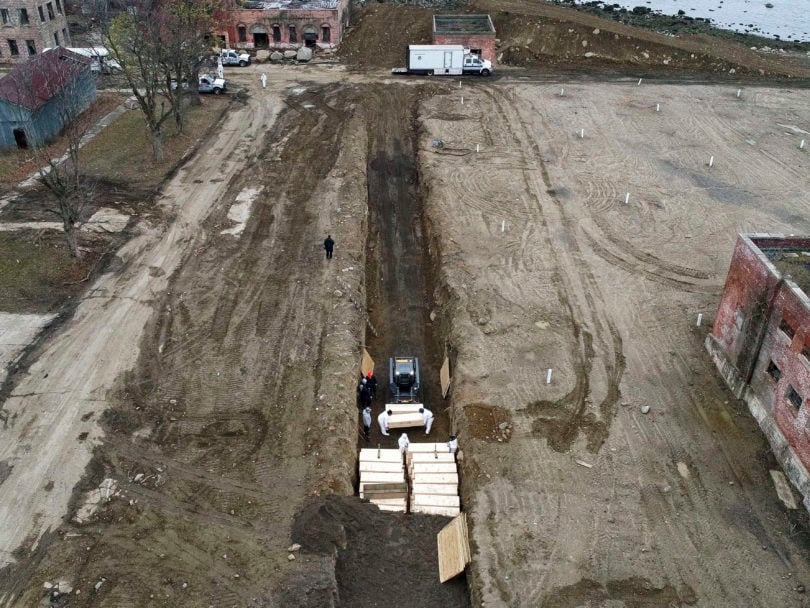 New York City purchased Hart Island, a 53-hectare sliver floating between the Bronx and Long Island, in 1868. It became a public burial ground for more than a million soldiers, still-born babies, unclaimed bodies, homeless people and victims of the 1918 Spanish flu and AIDS crises. Until recently, Rikers Island prisoners would work burial duty one day a week, earning $40 to bury, on average, 25 people a week. This year was meant to be a transitional one—the Department of Corrections stopped using prison labour in 2019, instead hiring contractors as a stop-gap until the parks department took the island over next year to revitalize it. As it has done to so many other plans, COVID-19 has rampaged through that idea. Now contractors are working five days a week, burying 25 bodies every day. They’re not all victims of the coronavirus—they’re still just the poor and unclaimed souls of New York, whether they died of the virus or any other reason. But with more than 6,000 COVID-19 deaths in the city as of Monday, and more than 100,000 reported cases, there are simply way more bodies than normal. Burials are temporary for the unclaimed, should their families choose to remove them at any time. But with numbers piling up and the economy sinking, this may well be a final resting place for thousands of New Yorkers sooner than anyone thought.