A naturally picky eater? There's no such thing.

Fussy eating may be almost entirely learned, and kids would eat everything from Brussels sprouts to broccoli—if we just gave them a chance 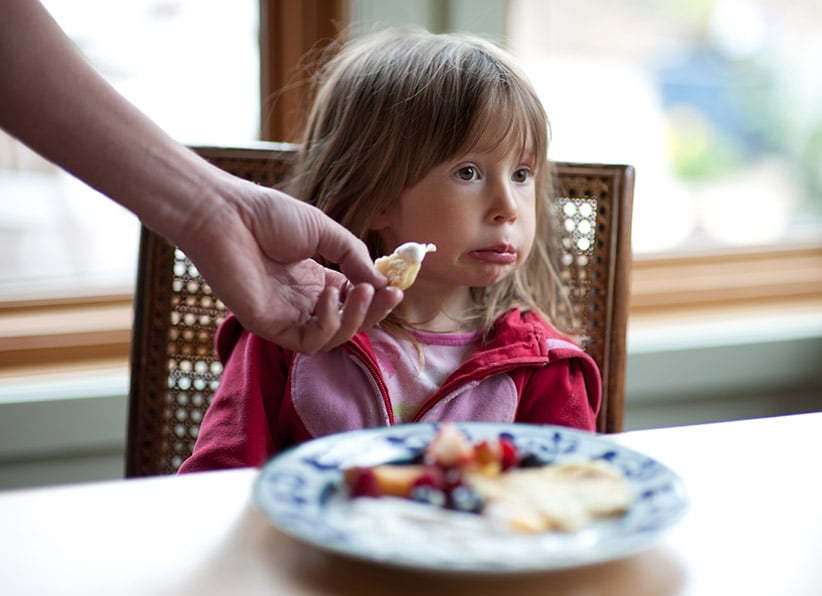 It’s almost universally believed in the West that kids are picky and won’t eat vegetables or fruit by choice. There’s an industry founded on the premise: the explosion in food packaged in colourful squeezable tubes, the success of books like Jessica Seinfeld’s Deceptively Delicious: Simple Secrets to Get Your Kids Eating Good Food, which relies on hiding veggies in food like mac and cheese (with cauliflower) and brownies (with carrots and spinach).

Parents often think it’s a fluke—or possibly genetics—that determines how fussy their child’s eating will be. What if pickiness isn’t fate or heredity, though? Award-winning British food writer Bee Wilson, in her meticulously researched new book First Bite: How We Learn To Eat, has found that our tastes are not fixed and unchangeable—rather, they’re almost entirely learned. We say we like potatoes and we dislike beets, but it is, in fact, our earliest experiences with food—even, according to research Wilson cites, the food our mother ate while we were in utero—that starts the process of determining our food preferences.

French researchers who studied the flavour of anise found that the babies of mothers who’d eaten anise while pregnant showed a preference for it by “sticking their tongues out with a licking gesture” when the smell drifted by. Similarly, biopsychologists at the Monell Chemical Senses Center in Philadelphia found that mothers who drank carrot juice while pregnant ended up with kids who preferred the flavour of carrot when they started eating solids. From there, depending on what foods are available to us as children, we continue to eat what we like, and what we like often comes down to what we know.

Research that Wilson cites found that babies from about four to seven months old experience “a window when humans are extraordinarily receptive to flavour.” But many parents miss it due to exclusive breastfeeding or formula feeding. (In Canada, doctors recommend introducing solids around four to six months, but with the emphasis on nursing, many parents may wait until the tail end of that recommended period.) Simply exposing babies to small tastes of vegetables very early on sets them up to be receptive to a wider variety of flavours over time, and results in them liking more foods. Many parents simply assume their toddlers won’t like spinach or okra, or take to spices like cumin or tarragon. In fact, children are highly sensitive to taste—babies and young children have thousands of taste buds, more than adults. The food writer and historian Margaret Visser has written that the presence of taste buds on the insides of young children’s cheeks may actually help explain why kids seem to enjoy stuffing their mouths with food: they are tasting.

This profusion of taste buds can make kids more sensitive, or even resistant, to strong flavours, but being exposed to those foods over time can make them more receptive. Unfortunately, many parents don’t realize this is a stage, and never offer the offending item again.

There is, of course, a genetic component to taste. In the mid-1990s, researchers out of Yale University found that about 25 per cent of people have more taste buds that are more prone to tasting bitter flavours; they coined those people “supertasters.” The rest are nontasters and medium tasters. The interesting thing here, though, is that supertasters, in a great amount of research, don’t automatically end up disliking bitter foods. “When 525 Irish children (aged 7-13) were asked to record their intake and liking of cabbage, cauliflower, Brussels sprouts and broccoli over a three-day period,” Wilson writes, “there were few significant differences between tasters and nontasters.” Rather, it’s culture and environment that mostly contribute to the experience of taste, at times overriding genetics, the researchers found.

We need to recognize that “our tastes follow us around like a comforting shadow,” Wilson says in an interview, and they’re often tied to our personalities. If children’s food habits go unchecked, those picky kids often end up as picky adults. What’s more, we don’t actually believe that our tastes can change: “We’re hugely fatalistic about our eating habits,” she says. It’s this sense that taste is immutable that often halts our dietary efforts.

But Wilson makes a strong argument that we can “relearn the art of eating.” This process doesn’t necessarily start with nutrition, but with taking pleasure in food. There are a myriad ways to build up what we actually like to eat, as the studies Wilson talks about suggest, from taking “tiny tastes” of disliked flavours over time, to reversing the “sex bias in feeding,” where boys get bigger portions at the family dinner table than girls, to enjoying the sensual pleasures of food—Wilson cites an educational food program embraced by Finnish schools that teaches children to experiment with their food “by exploring ingredients with all their senses: the hard crackle of rye crispbread, the soft fuzz of a peach.” The focus is on flavour and texture, and getting “children to know their own authentic tastes,” rather than on eating something because it’s healthy. This way, it doesn’t matter if a child hates blueberries, say, because they might discover they love cranberries, or raspberries. Presenting all berries as “fruit” to be eaten for vitamins, on the other hand, might mean the kid doesn’t touch any of them.

Overwhelmingly the research shows that learning to eat is environmental—so much so “that the stuff we need to change, we can change,” Wilson says. It also starts early in life. So perhaps couples who read and play Beethoven to their babies in utero should add another trick to their routine: downing kale salads and spinach smoothies and any other foods they’d like their children to one day eat.