A neighbour regrets a pandemic-era scolding: 'I looked for you, but you’d vanished'

Alec Bruce apologizes to the neighbour he berated for feeding the crows, after realizing that we all need to be ‘in this together’ 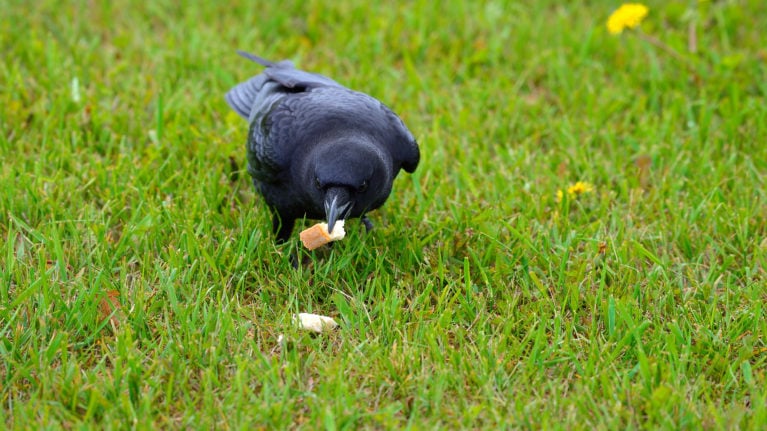 I met you only once, and that was to complain after you tossed bread from the balcony of your second-floor apartment. I live in the house across the street, and I watched you dump dozens of baguettes onto the pavement for a murder of crows.

It was late April in the north end of Halifax, on garbage day, around the time Nova Scotia’s premier Stephen McNeil told everyone to “stay the blazes home.” I remember thinking, Yeah, and he didn’t say feed the birds.

But there you were, baiting the animals. In no time, the birds discovered other delights—bacon-soaked bits of paper towel, pasta-encrusted chunks of tinfoil—they could pull from the flimsy plastic bags other neighbours had deposited for curbside pickup.

This was the only time I’d actually seen you and the birds together. But for three weeks, from my living room window, I’d observed the half-eaten buns and the rest of the muck littering the sidewalk and known that someone was playing Pied Piper to scavengers during plague times. Who does that? I thought. Aren’t we all supposed to be “in this together?”

READ MORE: ‘You became part of my newfound identity’: A tenant thanks her landlords-turned-friends

I imagined that whoever was feeding the crows must be lonely and without a family and acquaintances to be cordial with. Maybe he was just another “broken man on a Halifax pier,” like the lyrics from the old Stan Rogers sea shanty. Or maybe an ex-con, like the Birdman of Alcatraz lovingly tending his feathered flock, who simply preferred the company of crows from the woods around the nearby Sisters of Charity motherhouse. Who knows? But on this one garbage day, I’d had enough. I approached you. Do you remember?

“Excuse me,” I said, from a socially safe distance on my front lawn. “Would you consider not doing that anymore?”

You looked at me blankly. “I mean, the birds don’t need any food. They come here, s–t and squawk, and throw garbage all over the place.”

You raised an eyebrow. “There’ve been complaints,” I lied.

You turned and went into your flat where, on TV, the news of the world was going from awful to slightly less awful.

I’d been feeling raw since self-isolation began in mid-March. My work as a freelance writer had effectively evaporated and, to make matters worse, I hadn’t seen my daughter, her husband, and their kids in six weeks. Two years ago, my wife and I had moved back to Halifax, after decades of living and working in New Brunswick, to be closer to them. Now, we couldn’t be farther away if we’d been bivouacking on a beach in Vanuatu.

In confronting you, I thought I’d done something to improve my small, benighted corner of the planet. I’d performed my civic duty, at least. I imagined that you were insulted and angry with me; that you thought I was a crank. I was sure of it . . . until I read your note.

“I’m sorry,” you’d written on a pink Post-it fixed to a leftover Christmas card, which my next-door neighbour saw you drop into my mailbox the following day. “And thank you.”

I was astonished, humbled and chagrined. Here, while nursing the psychic injuries I believed COVID-19 had caused me, I’d decided to inflict a few of my own wounds upon a perfect stranger, who then had the grace to thank me for it.

I wanted to tell you not to worry; that I was wrong. I looked for you, but you’d vanished. I even shouted questions to your neighbours across your building’s parking lot. Did they know where you’d gone? When would you be around next?

I found someone, who said she was your cousin. I learned you were visiting from another country and that you were staying with friends and family at various places, including this one, in Halifax. She said you’d be back. She told me you were the kind of person who believed that nothing—not even a single crow—should go hungry.

Maybe I could make amends. I pulled out an old family recipe and baked a cornbread. I’d present it the next time I saw you; the next time you fed the birds. It’s still in the back of my freezer.

I like to think the next time I appropriate a handy catchphrase, only to unwittingly demonstrate how clearly I am not “all in this together,” I’ll take a moment to think about the person who’s standing right in front of me and get know him, and his perspective, just a little.

According to the National Audubon Society, “Crows are thought to be among our most intelligent birds, and [their] success in adapting to civilization would seem to confirm this, despite past attempts to exterminate them.”

If I hadn’t met you, I probably wouldn’t know that. So if you’re out there, I just want to say thank you. And I’m sorry.

This article appears in print in the July 2020 issue of Maclean’s magazine with the headline, “Dear man of the crows…” Subscribe to the monthly print magazine here.